The 2006 TV adaptation of Jane Eyre first premiered in the UK ten years ago on this very date. While it took a few more months to premiere in the US (which is where I first saw it), the miniseries had already started to make its mark as arguably the definitive adaptation of Charlotte Brontë’s famed gothic novel, Jane Eyre. But what marks Sandy Welch’s version as so magical? Was it the script? The performances? The production quality? Looking back ten years later, I believe the magic boils down to all three.

When I first read Jane Eyre at 14 years of age, I didn’t quite comprehend the romantic relationship between Jane and her master, Mr. Rochester. He was so old after all (because 38 is terribly ancient)! Still, from the start, Charlotte Brontë captivated me with her tale of a plain, intelligent governess named Jane who falls for the Byronic and secretive Mr. Rochester. I rooted for her happiness and empathized with her many plights from her nasty, horrible Aunt, the Dickens-like Lowood School, to her near starvation after running from Rochester and Thornfield Hall. 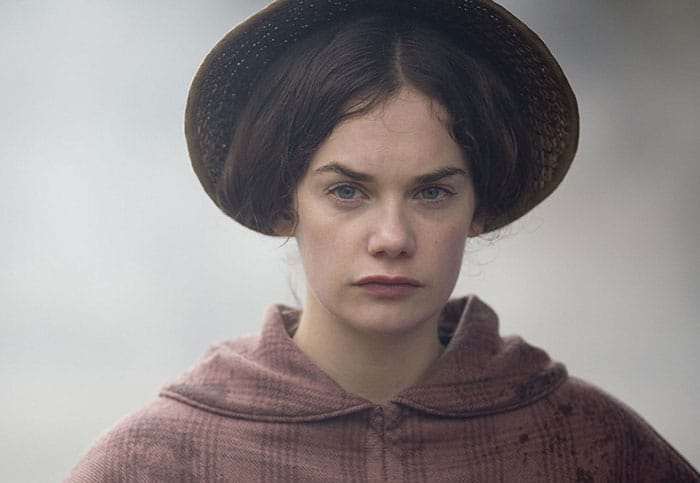 Because of Jane, I returned to Jane Eyre time and time again. And as I grew older, I understood the love story on a deeper level. Mr. Rochester, while deeply flawed, loved Jane with his whole soul in all his Byronic glory. Thankfully, it is also a story about redemption. Their epic romance all about soul love is one for the ages.

Over the years and as I matured, it is safe to say that Jane Eyre eventually became my favorite novel of all time. And as someone who loves period dramas based on my favorite classic books, I kept searching for the perfect adaptation, the version that just “felt” like the true spirit of the novel. At least as I read it.

While there have many ‘good’ versions and even fantastic ones prior to the 2006 adaptation, none of them had the complete essence of Jane Eyre. Sure, the Orson Welles classic film entertained me (though to call Joan Fontaine plain is a bit absurd), Timothy Dalton was a near perfect Mr. Rochester, and Anna Paquin played the young Jane in the 1996 film adaptation with a fierce and admirable spirit.

Nevertheless, in each of these versions aspects of the book were entirely cut out (St. John often gets the boot, unfortunately) or there was just something missing in spirit. And it’s best if we don’t even talk about the Ciaran Hinds adaptation. I’m sorry, I love Ciaran but him as Mr. Rochester barking everywhere the whole time is a big no…

The closest for me was the 1983 adaptation. But I didn’t feel like Zelah Clarke quite captured Jane’s spirit.

Then the 2006 adaptation came. As I watched the famed gothic romance unfold onscreen, I was spellbound as if reading Jane Eyre for the first time. Here, the essence felt true. I believed Ruth Wilson was Jane, the same spirit that soared in Brontë’s words. When Ruth Wilson as Jane proclaimed her feelings to Mr. Rochester, I was in awe. This was the Jane I had always imagined. Jane Eyre had finally come to life as she was meant to.

Toby Stephens is almost as good (I say almost because Ruth Wilson IS Jane) because he understands Mr. Rochester in ways other adaptations often forget (Ciaran Hinds I am thinking of you). While certainly moody, Rochester is also popular, sarcastic, and flirty. He’s not handsome in the general sense of the time the book was written, but he has other qualities that make him attractive. And his conversations with Jane were always filled with sensual tension, something that Stephens brings out admirably.

Here, I understood why Jane would fall for him because the two actors captured the spirit of the characters with amazing off the charts chemistry. They became them and emphasized traits often forgotten such as passion and Jane’s own flaw of loving Rochester too much (so much so that she overlooks the truth). 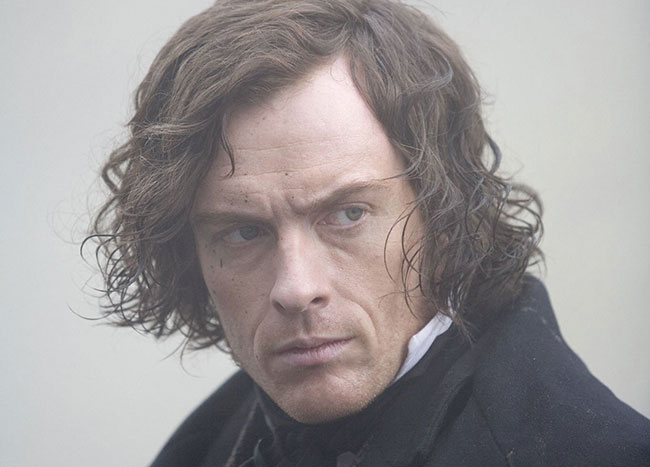 Sandy Welch, as the screenwriter, further cements this adaptation as one of the best (if not the best) by also capturing the atmosphere and themes of the novel by bringing these themes out in dialogue. Whether it is about Jane’s independent spirit as a bird, Rochester’s need for redemption, the importance of the red room in connection to Bertha (not saying more than that), or even the twin soul connection between Jane and Edward Rochester, Sandy Welch proved that she understood the novel on a deeper level.

RELATED | The Master’s Sun Review – The Most Romantic Show of All Time?

Sure, she focused the adaptation more on Jane and Rochester than the beginning of the novel and Lowood Institution, however, Welch made a thematic choice that works because she captures the heart of Jane Eyre. She captured the truth behind Brontë’s words and I loved that. Thankfully, the production behind the script made this version even better.

This adaptation is not without its criticisms, however. Should Rochester have disguised himself as the gypsy? I think Stephens certainly could have pulled it off. And the sensual scene in the bedroom was wholly unnecessary. While not an explicit scene, creatively it is a departure from the novel and not true to Jane as a character. Still, these are small complaints and don’t affect the overall quality of this masterful production.

Returning to the miniseries ten years later, I realize I love it just as much as I did the first time around. Sure, a repeat experience is never the same as the first. That being said, I still fell in love with Mr. Rochester’s sarcastic smirks (Toby Stephens will no doubt make you swoon) and got sucked into Jane’s world with ease. For those who haven’t returned to Jane Eyre for a while, it’s time to revisit because this adaptation really is as good as you remember it to be. If you haven’t seen this fabulous period drama yet, what are you waiting for? Jane Eyre (2006) is available on DVD and free to stream on DramaFever.

What do you think about this adaptation of Jane Eyre? Which adaptation is your ‘definitive’ version? Sound off below…