The Top 5 Katharine Hepburn Lines to Use in Real Life

Katharine Hepburn as Susan and Cary Grant as David in “Bringing Up Baby.”
Photo: RKO Pictures

Katharine Hepburn was an iconic movie star, winning four Academy Awards, her career spanning decades in Hollywood. She had charisma and was extremely unique; unlike any other actor of her generation. She delivered memorable lines (which also speaks to the excellent writers who penned these lines for her!) in her many roles. Here are just a handful of Katherine Hepburn’s best one-liners, and though classic, they’re applicable to a twenty-first-century audience!

Top 5 Katharine Hepburn Lines to Use in Real Life

Certainly, you’ve heard of the Pokémon Go craze that is sweeping the nation. When you’re at your local bodega or park and trying to capture that elusive Dragonair and you bump into another fellow player who tickles your fancy, try this line, and see if you can catch ‘em all as a team!

We’ve all been there — your alarm goes off, you just can’t quite bring yourself to get out bed on time, and after pulling the zipper off the track on your clothes, dropping your breakfast on yourself, and missing your train, boom, you’re late for work. If your coworkers give their opinion on your tardiness, pull out this zinger, and see if they can keep up!

You’ve arrived home after a great first date. You’re jazzed about the prospects of a new beginning with someone, and your friend asks you how the date went. Use this doozy of a line to describe your date, and all your friends will want more details!

RELATED | The 100 Best Romantic Comedies of All Time Part One

On the other hand, if you need an excuse to escape a bad date, spout off, “I could peel you like a pear, and God himself would call it justice,” from the same film and get away with style!

#4: “You see Case, the trouble with me is that I never could decide whether I wanted to be Joan of Arc, Florence Nightingale, or John L. Lewis.” – Holiday

There tends to be a pattern of questions that people ask each other when they first meet. Questions such as where you’re from, what you do for work, and if you have any siblings, et cetera. People sometimes will also ask what you wanted to be when you grew up. Rattle off this line to shake up the conversation, and you’ll really get the talking going!

Alternatively, try “I was born on the side of a hill,” from Bringing Up Baby (1938) if you’re asked where you’re from, and see what response that answer merits!

Katharine as Susan and Cary as David
Photo: RKO

You should definitely say this to yourself in the mirror every morning to get yourself motivated for the day ahead!

This line is also useful in situations such as commenting on a group photo gone wrong where you’re blinking and/or looking in the other direction so as to seem nonchalant about the whole thing or when your grandmother asks you for the hundredth time why you’re not seeing anyone.

Looking forward to trying any of these lines out, and harnessing some of Katharine’ moxie? What are some of your favorite Katharine Hepburn films? Comment below and tell us all about it!

Our romance-themed entertainment site is on a mission to help you find the best period dramas, romance movies, TV shows, and books. Other topics include Jane Austen, Classic Hollywood, TV Couples, Fairy Tales, Romantic Living, Romanticism, and more. We’re damsels not in distress fighting for the all-new optimistic Romantic Revolution. Join us and subscribe. For more information, see our About, Old-Fashioned Romance 101, and Modern Romanticism 101.
If you enjoyed this article, please help us spread the word! Share with your friends or save to Pinterest to read later. 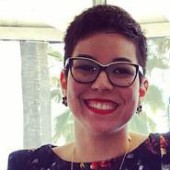