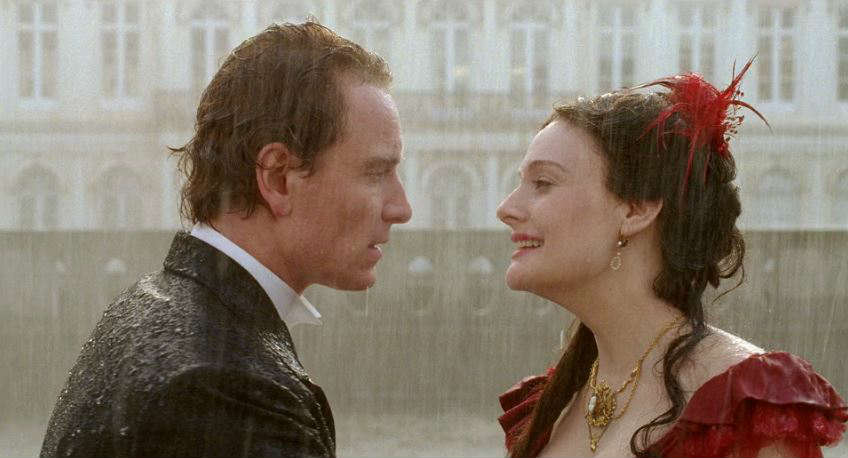 Angel is a film made in homage to the melodramas of the ’30’s and ’40’s. This is most obvious in the deliberate use of unconvincing screens in the background of outdoor scenes. Despite this being made clear in interviews with director Francois Ozon, many critics took the film at face value. This led to many bad reviews which I think, for the most part, are unfair. 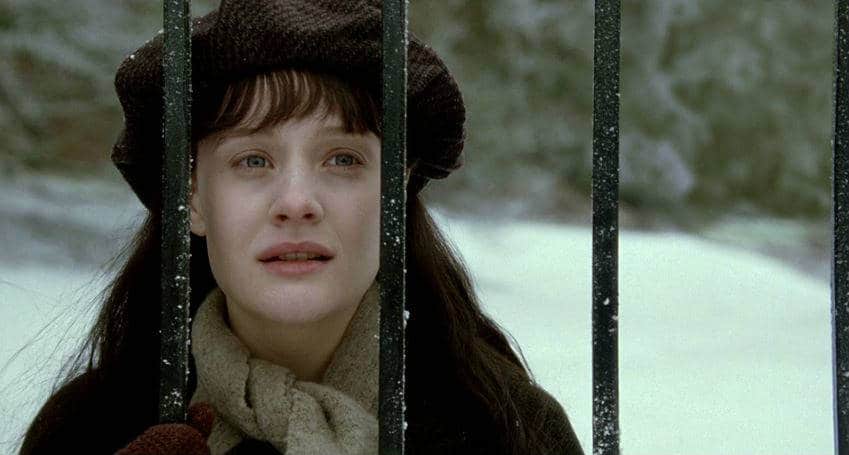 Angel is a young girl living in Norley, dreaming of another life and penning her first novel. Everyone around her believes her to be nothing more than a dreamer. She shocks everyone when her manuscript is accepted for publication. Her imaginative scribblings appeal to the public imagination and make her a great success. Angel is living her dream life. But can it last forever with the war looming close? 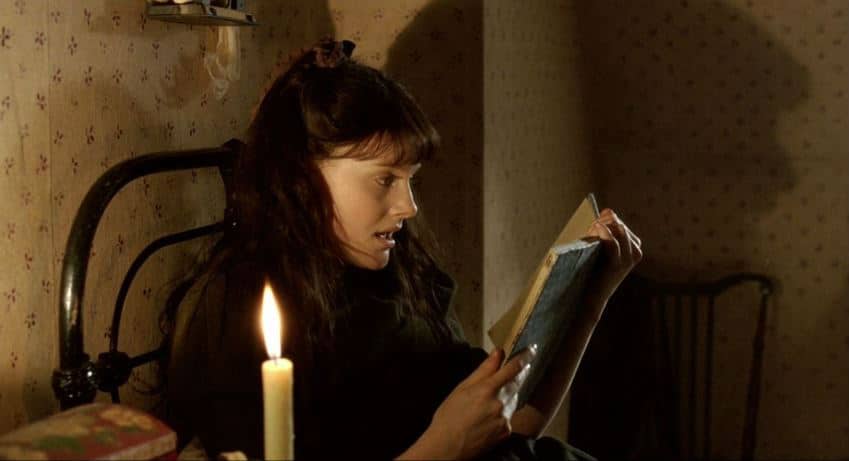 I didn’t love this film. Nor did I dislike it. Angel Deverell is an unlikable protagonist. I tried to like her as a fellow writer but found her very hard to swallow. Especially when she goes about making claims that she doesn’t read because it gets in the way of her writing. In this case, however, unlikeable does not mean unsympathetic. You do sympathize with her and her troubles but her inability to change makes this doubly frustrating. The brilliant Romola Garai can’t quite rescue this character but her performance is pitch perfect and true to Angel’s nature. The side characters though are all deeply complex and contrast well with Angel’s single-mindedness.

Most commendable was Lucy Russell as Nora, Angel’s long-suffering secretary, and most loyal fan. A genuinely good person who stands by Angel even when it would be perfectly understandable not to. Michael Fassbender is his standard dashing self for the first half and very convincingly plays a broken man for the second. Like Lucy Russell, Sam Neill turns in an understated performance that is at odds with the overdramatic nature of the film. The two ground the film and prevent it from becoming too unbelievable. 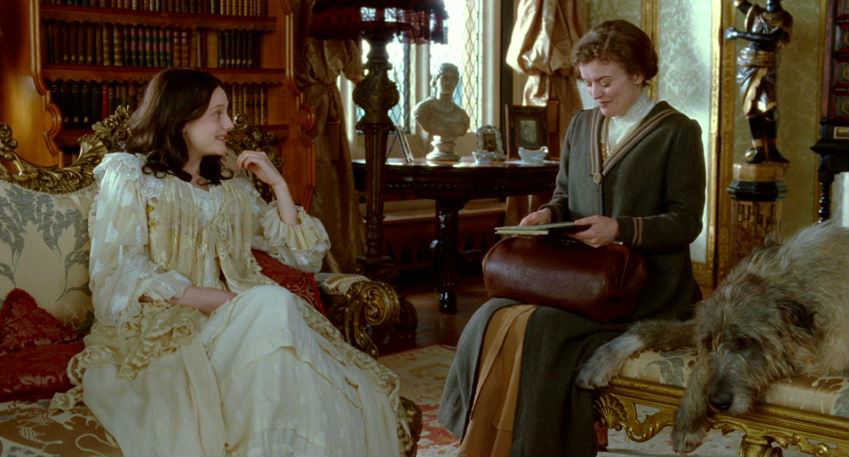 One thing this film does right is costumes; particularly Angel’s which are gorgeous in their flamboyance with few exceptions. Everyone else must make do with more traditional clothing correct to period. The cinematography is also beautiful. Every frame is perfectly arranged with vibrant colors and rich sets. 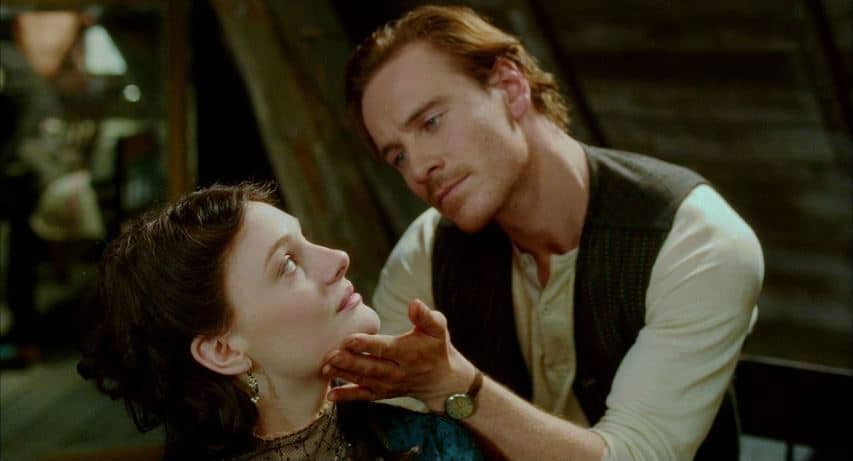 On the other hand, you would think that any romance that involves Michael Fassbender would be thrilling. You would, in fact, be wrong. The romance was promising to begin with but became less so after the couple was married. It is quite romantic up to that point, rain drenched proposal and everything.

RELATED POST – Wartime Romances In Film: A Look Back

Despite its good points, I felt that there was something missing from Angel. Perhaps it was a protagonist I could truly root for, perhaps it was a real purpose to the storytelling. By the end, I felt like a lot of potential had been wasted.  It was based on a book by Elizabeth Taylor (no, not that one), of the same name. Based on book reader’s insights, it seems that the novel approached the material with more sincerity which may have worked better. I was entertained by Angel and thought that it was a very pretty film. It’s certainly much better than most people make out but with a few changes I might have really enjoyed it.

Angel is a capable film that is certainly worth a watch for a period drama enthusiast and fans of old-fashioned melodramatic storytelling. However, it should not be watched for the romance but for a visually pleasing and unusual story.

Content Note: There are some non-explicit sex scenes and some brief nudity.