Eight Women We Love In Classic Literature and Period Dramas 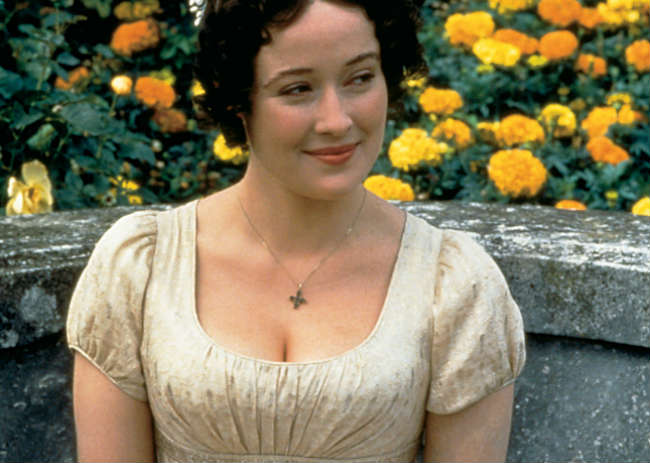 Elizabeth Bennet in the 1995 adaptation of Pride and Prejudice. Photo: BBC

Our favourite classic stories would never be the same without some of our favourite fictional women. These are the women we admire, the ones who we wish we could emulate, the ones we sometimes wish we could be. I set myself to the daunting task of picking a few women to highlight, and I’ve settled on eight of these wonderful women from classic literature. Here’s who we love and why we love them.

EIGHT WOMEN WE LOVE FROM LITERATURE AND PERIOD DRAMAS

(Be sure to weigh in on this topic in the comments to agree or disagree and give your own choices.) 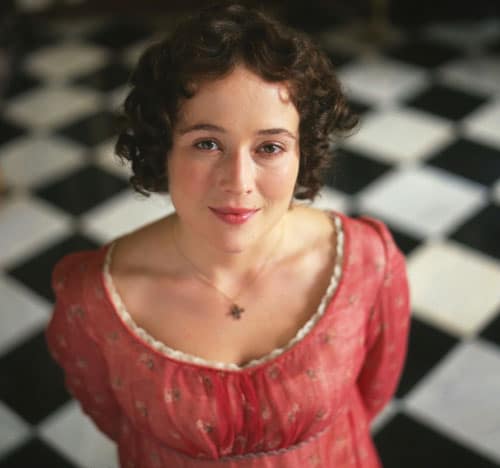 Who is she? The heroine of Jane Austen’s Pride and Prejudice who captivates Fitzwilliam Darcy with her wit, her intelligence and her fine eyes.

Why We Love Her: Elizabeth is delightfully intelligent and funny. We all wish we had her gift to come up with clever comebacks whether she is unconsciously bewitching Darcy or responding to his aunt, Lady Catherine’s condescension and interference.

Best Film Version: My number one Lizzie will always be Jennifer Ehle from the 1995 TV series who I think embodied Lizzie’s irresistible charm, her good humour and her strength.

Best Quote: “I hope I never ridicule what is wise or good. Follies and nonsense, whims and inconsistencies do divert me, I own, and I laugh at them whenever I can.”

Bathsheba contemplates the face she shows to the world. Photo: Warner Home Video.

Also Known As: Hard to come up with a nickname for a heroine who herself considers her name“odd and disagreeable.”

Who is she? Thomas Hardy’s main female character in Far From the Madding Crowd who inherits and manages her own farm while navigating the attentions of the men in her life.

Why We Love Her: Almost every man in the novel suggests that Bathsheba could never run her own farm, but her successes belie their comments. She’s not afraid of making hard decisions, being firm with her employees and she often does things that even a woman nowadays might balk at.

Best Film Version: I’ve only seen Julie Christie in the 1967 version, and she’s resolute and bold and captivating, everything a Bathsheba should be.

Best Quote: “On the contrary, my opinion of you is so low, that I see in your abuse the praise of discerning people.” 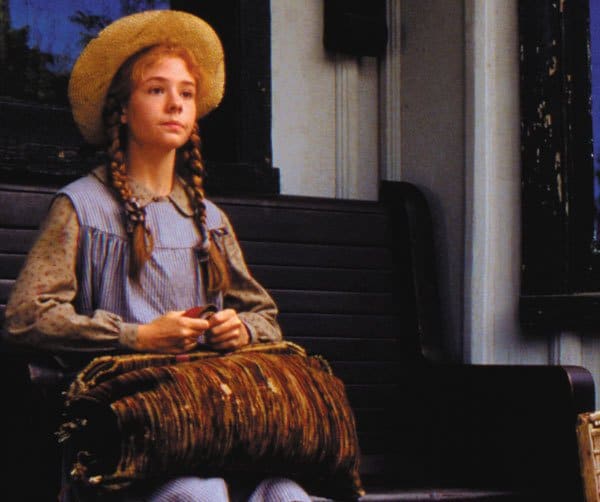 Also Known As: Annest of Annes. (Never EVER call her Carrots)

Who is she? The red-haired heroine who grows up throughout Lucy Maud Montgomery’s series based on Prince Edward Island in Canada.

Why We Love Her: Anne is an imaginative, sensitive, and utterly delightful creature who many of us wanted as a bosom friend. She is the kindred spirit of many creative, introspective dreamers out there.

Best Film Version: I know I am way overdue to watch the Megan Follows version of this movie, but in the meantime, I am willing to accept the recommendation of many, many Anne fans and allow Megan to have the top spot in this area.

Best Quote: “But of course I’d rather be Anne of Green Gables sewing patchwork than Anne of any other place with nothing to do but play.” 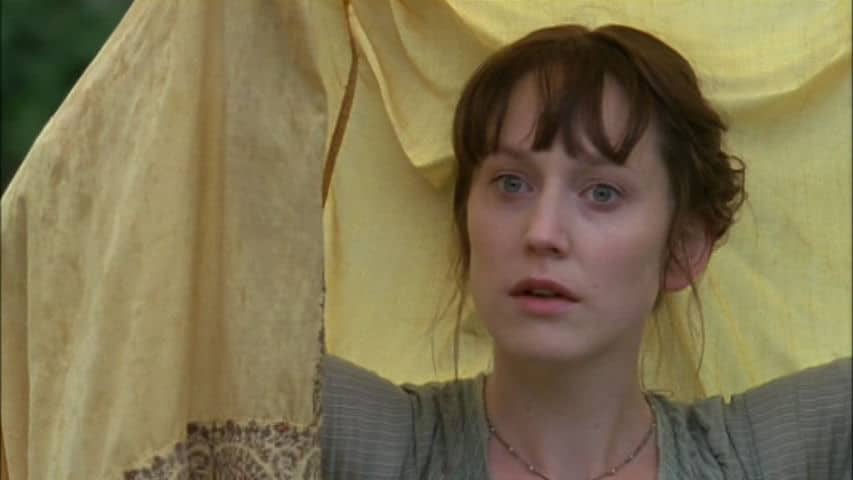 Also Known As: No nickname for Elinor that I know.  She doesn’t seem like the nickname type.

Who Is She: The eldest Dashwood sister in Jane Austen’s Sense and Sensibility who keeps the family steady through trying times.

Why We Love Her: Elinor shows such fortitude as she goes through losing her father, taking care of her family, dealing with her sister’s emotional upheavals and vicious goading from her enemies, but she’s the role model for dealing with so much with strength and elegance. We all wish we could do as well as her.

Best Film Version: I love Emma Thompson so much, but I find myself choosing Hattie Morahan who starred in the excellent 2008 miniseries.

Best Quote: “If you can think me capable of ever feeling — surely you may suppose that I have suffered now. The composure of mind with which I have brought myself at present to consider the matter, the consolation that I have been willing to admit, have been the effect of constant and painful exertion.” 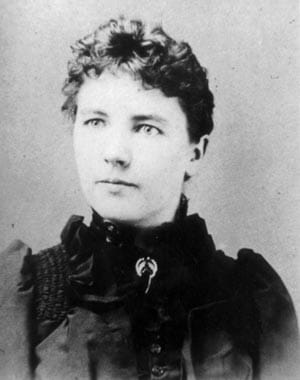 Also Known As: Half Pint

Who Is She: She’s a real person and the main character in the books. Laura Ingalls Wilder wrote about her childhood in pioneer days.

Why We Love Her: Laura’s brave and plucky, traits you need when you’re dealing with the hazards of a pioneer struggling with freezing winters and locusts or the trials of a teacher facing school superintendents and troublesome students.

Best Quote: “She thought to herself, “This is now.” She was glad that the cozy house, and Pa and Ma and the firelight and the music, were now. They could not be forgotten, she thought, because now is now. It can never be a long time ago.” 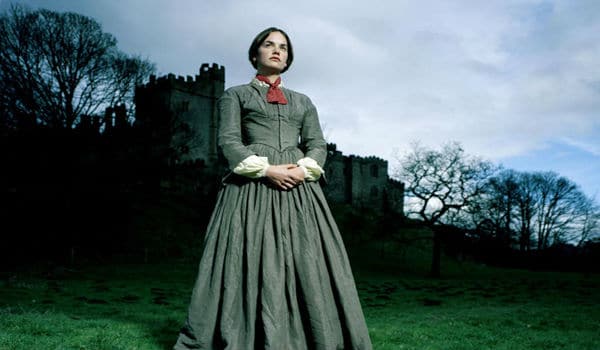 Also Known As: Witch, Elf and whatever other impertinent nicknames Mr. Rochester comes up with for her.

Who is she? The orphan of Charlotte Bronte’s famous work of the same name who finds her own way by becoming a governess and finds love with the guardian of her first charge.

Why We Love Her: When Jane feels like she has lost everything, she has the strength to give up her greatest love when she believes it will go against her beliefs and diminish her soul. Courage is what Jane Eyre is all about.

Best Quote: “Do you think I am an automaton? — a machine without feelings? and can bear to have my morsel of bread snatched from my lips, and my drop of living water dashed from my cup? Do you think, because I am poor, obscure, plain, and little, I am soulless and heartless? You think wrong! — I have as much soul as you — and full as much heart!” 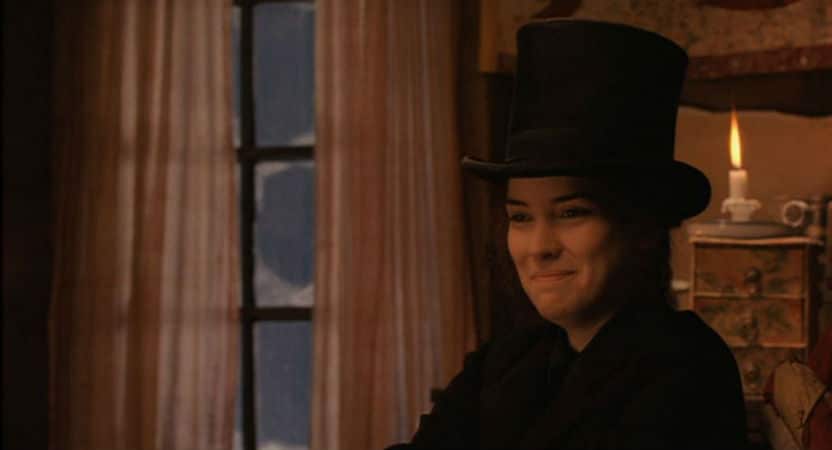 Our Jo (or is it Augustus Snodgrass?) (Photo Credit: Columbia Pictures)

Who is she? One of the March sisters in Louisa May Alcott’s enduring classic Little Women.

Why We Love Her: Jo speaks to so many sensitive readers with her love of books and writing. Like many young girls (and grown women) she doesn’t always feel comfortable in her own skin and doesn’t care to conform to preconceived ideas of what a “lady” should be like. I always felt so in tune with Jo’s struggle to keep her temper. Her imperfections endear many to her.

Best Quote: “I’d have a stable full of Arabian steeds, rooms piled with books, and I’d write out of a magic inkstand, so that my works should be as famous as Laurie’s music. I want to do something splendid before I go into my castle-something heroic, or wonderful-that won’t be forgotten after I’m dead. I don’t know what, but I’m on the watch for it, and mean to astonish you all, some day. I think I shall write books, and get rich and famous; that would suit me, so that is my favorite dream.” 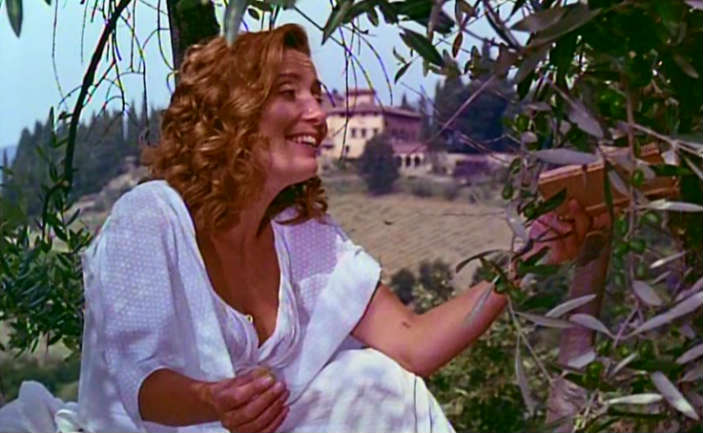 Also Known As: Benedick calls her many names e.g. harpy, and she has a quick answer for them all.

Who is she? The quick-witted young woman of Shakespeare’s Much Ado About Nothing who keeps up a “merry war” with a gentleman called Benedick. The two amuse all their friends with their bantering.

Why We Love Her: Everyone wishes they could have a smart answer when the occasion arises, but few of us can manage it as well as Beatrice. She’s clever and funny and bold and charms everyone except Benedick though he can’t seem to keep himself from engaging her.

Best Film Version: I love nothing so well as Emma Thompson in the 1993 version directed by Kenneth Branagh.

Best Quote: When told she was clearly born in a “merry hour.” Beatrice:  No, sure, my lord, my mother cried; but then there was a star danced, and under that was I born.

I spent a long time trying to make this list of women we love because there are so many awesome heroines. It was very hard to choose, but I had to stop somewhere! Here are some others who almost made the list and who were suggested to me when I asked for some ideas from online friends.

Who are some of your favorite women in literature? Let me know in the comments!