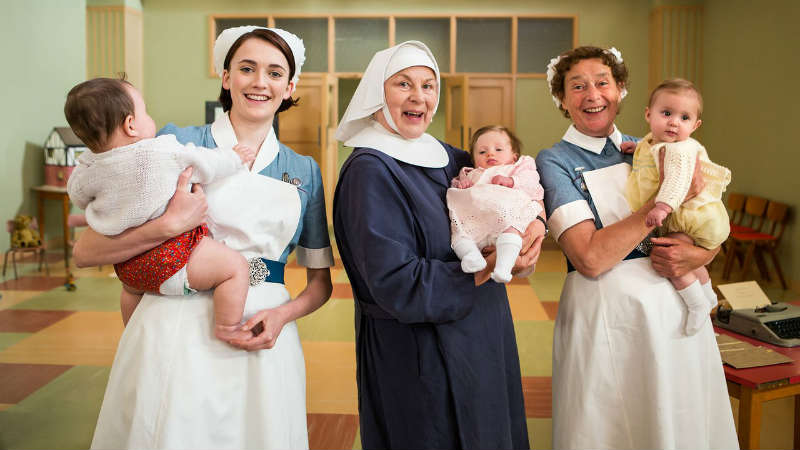 If last week’s US premiere of Call the Midwife is any indication, we’re in for another emotional wrecking ball of a season when it comes to the stories the women of Nonnatus House become involved in. Not only was the first episode a tear-jerker, the Christmas special was also a shattered and beautiful piece of writing. If, after watching these episodes, you thought series five couldn’t up its quota of breaking our hearts to pieces, last night’s episode would beg to differ.

In taking a brief look back at what’s happened in the fifth season of Call the Midwife (which is popular enough to have already obtained a sixth season renewal), we saw Patsy struggle to adapt to living without someone dear to her, coinciding with Sister Monica Joan’s disappearance, and an outbreak of measles (Christmas special). Last week in the first episode, a child was born with unexplained deformities causing a division between her parents. The larger part of the cast has been a part of the primary stories, however, the absence of Chummy (played by Miranda Hart) has been noticed. Still, we are able to learn more about the midwives, Trixie, Patsy, and Barbara, which transitions nicely into today’s episode 2 recap.

Despite being among the staff at Nonnatus House for a year now, Barbara is struggling. Her patient, the wife of a dock worker, is suffering from high blood pressure and Barbara is unable to connect with her. Her fellow nurses, Trixie and Patsy assure her to give it time (she just needs a few more battle scars), but its parish vicar Tom who Barbara most confides in. (If you’ll remember Trixie was once engaged to Tom, which might lead to a sticky situation.) 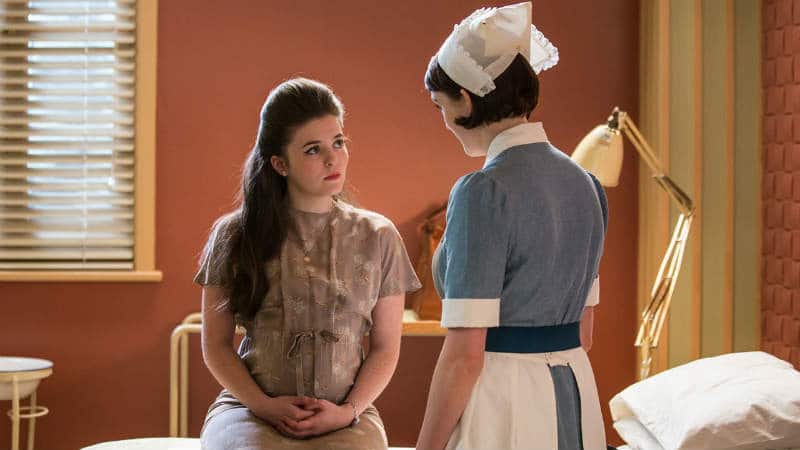 Barbara’s patient is Stella. Upset over her husband, Johnny’s lack of ambition, Stella lets her worry and frustration over their near financial ruin affect her pregnancy. But when Johnny is discovered unconscious at the docks, Dr. Turner rushes him to the hospital where he is diagnosed with leukemia. It turns out, Johnny’s inability to hold a job wasn’t because he was “soft” as his wife assumes of him, but because he’s very ill. Given only days to live, Stella chooses to induce her baby.

Trixie stands beside Barbara and the two deliver Stella’s baby in time for his father to meet him. The emotionally heartbreaking scene that follows is an example of what exemplary TV should always aspire to.

Listening for and Finding God’s Voice

Meanwhile, Sister Evangelina is dealing with a new mother who’s finding it difficult to feed her child. With formula making an appearance in Poplar, the mother, Connie wishes to try feeding her young son with a bottle much to Sister Evangelina’s aghast. As time passes, and Connie is still unable to feed her son, their health spirals downward. When Sister Mary Cynthia discovers the baby severely dehydrated, she has to remind her Sister of the influence her words have; their patients respect her, and this time, her advice endangered the life of a baby. 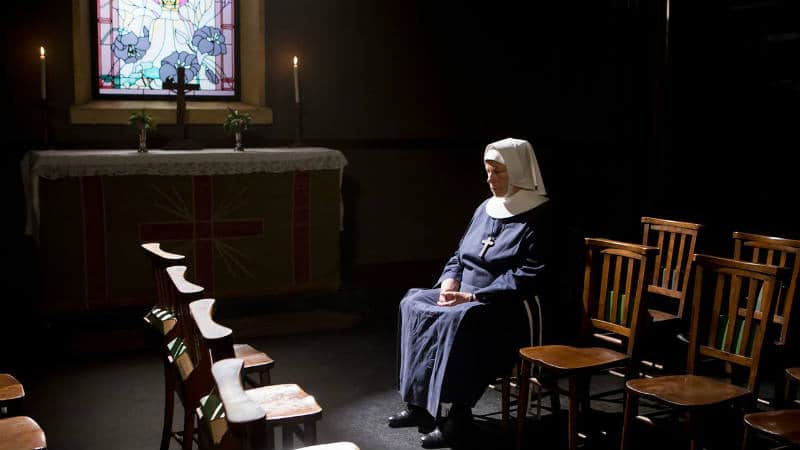 Devastated, Sister Evangelina decides to remove herself from Nonnatus House. She chooses to spend her six-month sabbatical at a convent that allows no talking so that she may better rediscover the why she chose faith over anything. She explains her reasoning to Sister Julienne:

“I need to be somewhere where the only being I can speak to is a higher one. I’ve got so wrapped up in my work, I’ve forgotten my calling — to be a vessel for God, to do His work. I’ve – I’ve got to start listening again.”

The lighter story of the week was experiencing the normally rigid (but also wonderful) nurse Phyllis “let go.” She enrolls in a Spanish class in the belief it might aid her in her work. During her time at the class, which is uncomfortably full of young people, Phyllis meets a kindred spirit in one classmate. The older and kindly Tommy is a man Phyllis sees herself befriending and spending time in his company during her afternoons off. (She even allows Trixie to make up her face though she doesn’t stand for anything fancy.) 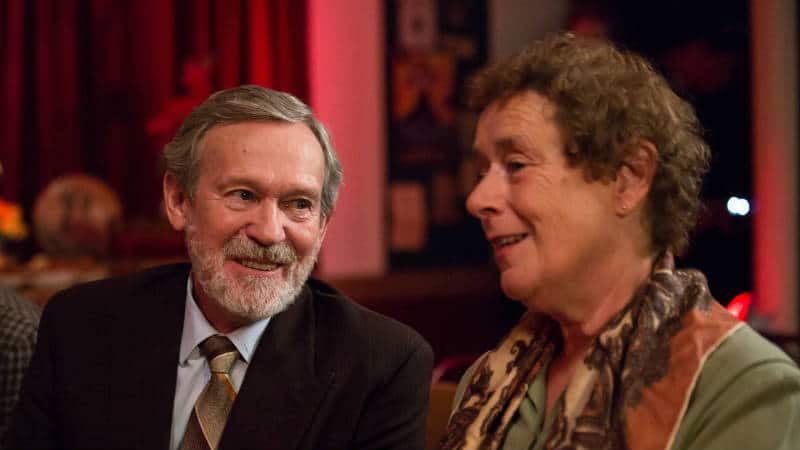 As her friendship with him slowly blossoms, they make further plans to spend time together outside of class. This is all fine until, during her district rounds, Phyllis meets an Alzheimer’s patient who is Tommy’s wife. Feeling a fool, Phyllis breaks off her friendship with Tommy. And then he shows up at Nonnatus House, flowers in hand and speech in hand:

“For five years, she hasn’t known who I am. No matter what I tried, I couldn’t reach her. It was as if she’d died; as if we both had. Those classes have been my happiness. Meeting you, well, it lifted me, Phyllis, gave me something I thought I’d lost forever.”

None of this sways her. Eventually, however, she changes her mind and decides to take a small leap of faith. She forgives him his omission of the truth and decides to press forward with her Spanish classes… and maybe a proper friendship with a man she enjoys talking with.

As the episode closes, an older Jenny’s voiceover shares about life requiring love, which is more precious than gold. It’s her voice that recounts each story and bookends each episode; the story comes beautifully full circle each time. This episode is no different. It’ll leave you in tears and fighting that “ugly sob.”

Generally, this is a show that wraps each of its stories within one 60-minute time slot, but the one thing that I suspect will carry throughout this season is the friendship between Barbara and Tom, and the fallout with Trixie. I was one of the viewers who actually rooted for him and Trixie to make a go of it, but logically, as the daughter of a vicar, Barbara is sure to be more suited.

My one concern IS Trixie. After admitting she had an alcohol problem, she is in treatment and a “stay fit” program that has not only mended her physically but emotionally. If next week’s preview is any indication (which shows Tom asking Barbara out – on a date!?), there is sure to be some friction if nothing else.

Are you watching this season of Call the Midwife? Do you have any thoughts or theories about this season? I’d love to hear them and get your take on what you expect to come! Sound off below.