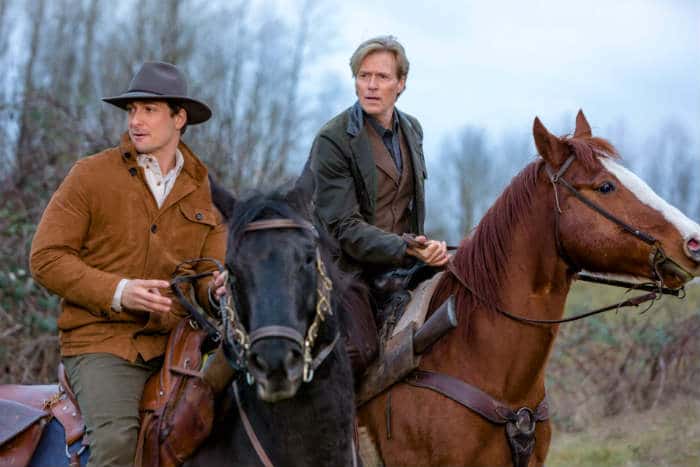 Sunday’s episode of When Calls the Heart, “Hearts in Question,” was, quite surprisingly, a humorous hour of television. After last week’s swoony romantic moment between one of Hope Valley’s couples, this week plays off of that romantic proposal by dealing in some lighthearted stuff. Brooke Shields also guested as a new character whom we’ll talk about later on in this recap.

A Perfect Wedding (Minus Guests) 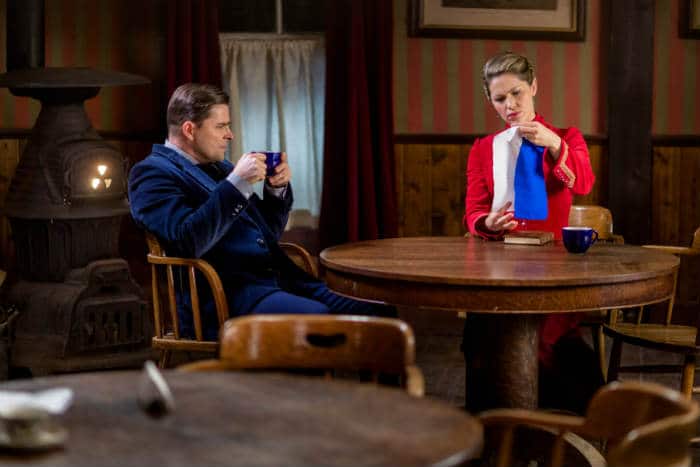 In typical Rosemary fashion, her recent engagement to Lee isn’t something she takes lightly. Instead of a quiet affair, which is all Lee needs, she’s making an event out of it. Naturally, this also means some of her perfectionist visions of the wedding causes some fumbles in the planning. She nitpicks Elizabeth’s kind offer to write out the place cards and makes plans for elaborate bridal gowns all while doubting Abigail’s catering skill.

Eventually, as reply cards begin to pour in, Rosemary learns her wedding may be small after all. Even her best friend refuses to attend on account of her pregnancy, which Rosemary finds ridiculous. After all, she should have planned better! Lee tries to smooth things over with Rosemary, but he does wonder if she persists if they’ll have any friends left to attend the festivities.

All of this nonsense reveals a few things about Lee and Rosemary as a couple which does inspire some friction in their relationship. Hopefully not enough to cause any sort of break up, but Rosemary did harbor some doubt. (I don’t mind admitting, this leaves me sad. Despite Rosemary’s trying personality, these two are so cute together.)

For now, “Hearts in Question,” ends on a happy note when Rosemary receives a telegram from her friend. The message tells Rosemary that she now has a namesake; her friend named her newborn daughter after her.

Meanwhile, in “Hearts in Question,” Jack and Elizabeth’s courtship encounter a new challenge with the arrival of Jack’s mother, Charlotte. Riding into town under the cover of darkness wearing a Stetson and travelling by horse, she shows up unexpectedly at Jack’s door. The following morning when Elizabeth stops by the jail to see Jack, she’s surprised to meet his mother. After some awkward words (and Jack trying to set right his remarks that the women in his life can’t cook), Elizabeth invites Charlotte to stay with her. 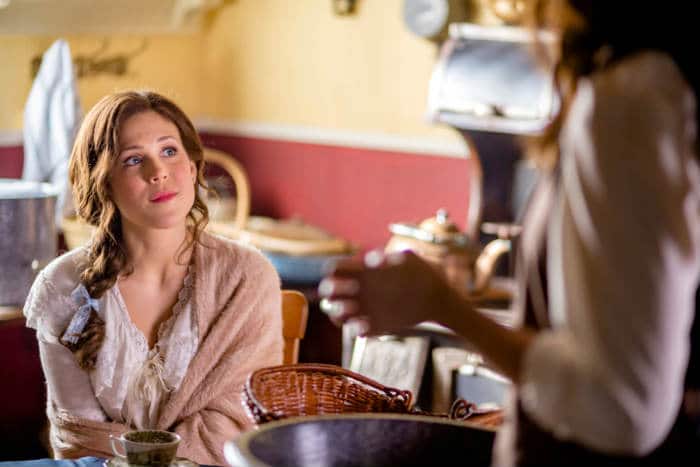 As Elizabeth adjusts to her new roommate, she discovers that she and Charlotte are very different. Charlotte rises early and washes her own clothes (Elizabeth pays someone in the town) like a real pioneer woman, and she seems to think lard is the end all in cooking. But even though they clash, they find common ground in their shared profession of teaching. Both women work together to better the education of the settlement children. 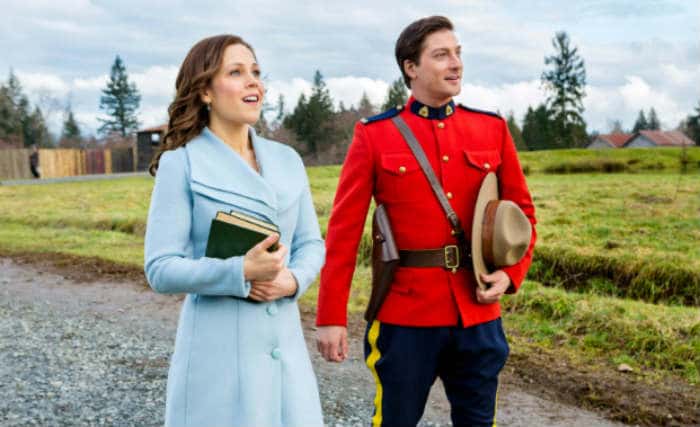 Jack buys the land he’d been interested in and finally takes Elizabeth to see his recent purchase, asking her what she thinks. Cue the cute flirting!

+ Frank and Abigail put a label on their relationship: they are officially courting. All inspired by Abigail’s recent trip. She and Cody were gone for a brief period of time to see Becky win the scholarship for her project.
+ The ladies of Hope Valley host a bridal shower for Rosemary while Charlotte sits in the saloon with the men beating them all in a game of poker.
+ Jesse is shunned by Clara because he is working for Gowen, who she’s had unpleasant dealings with.
+ Speaking of the mayor, he’s in hot water. The banker warns him there is an audit coming, which spooks Gowen. Running from something, he convinces Nora to leave with him, and as the episode closes, on the slick wet road, their car skids into an embankment.
+ Weakened by the heavy rains drenching Hope Valley’s surrounding areas, the mine where Roy (the young husband Jack just reunited with his family) works is also on the verge of caving in as the episode closes.

Have any thoughts, hopes or theories about the final two episodes? Sound off below.