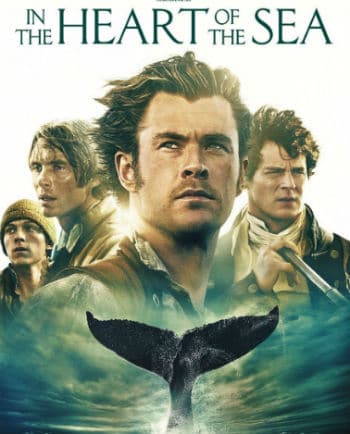 IN THE HEART OF THE SEA FILM REVIEW

Released on December 11th, 2015, Ron Howard’s In the Heart of the Sea was one of those movies I knew I had to see. It’s based on the story of the whaling ship the Essex, which sailed out of Nantucket in the 1800’s. In 1820, she was rammed by a large whale and sunk, leaving her crew to struggle to survive. This story went on to inspire Herman Melville to write his classic novel, Moby Dick. 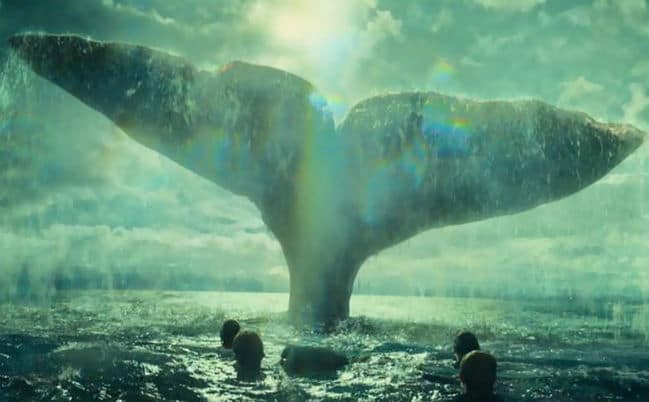 I should confess right now that I am inclined to love movies with tall ships because they remind me of my time on one. If a film with sailing in it has positive reviews from the sailing community, beautiful boats, and a killer score, I’m usually a major fan. In the Heart of the Sea as it turns out, is no exception to the rule.

The film opens with a young Herman Melville (played by Ben Whishaw) trying to talk to Thomas Nickerson (Brendan Gleeson) about his time on the Essex. Apparently, the official report is the ship ran aground, but Melville had heard rumors that it was hit by a whale. He wants to hear the truth so he can use the story as inspiration for an upcoming novel. Nickerson is reluctant to tell the story, but at the urging of his wife (and the promise of a hefty payment), he agrees to tell the author his story.

This flash-forward pops in and out of the overall story, and I thought it was a very effective way to break up the story of the Essex, which was a really intense one. I think this was part of the reason that some people hated the pacing, thinking it was too slow. I thought it was wonderful, though. 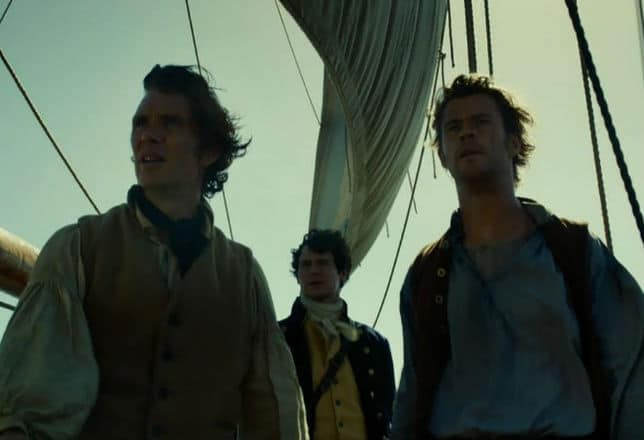 The main story follows two very different men, first mate Owen Chase (played by Chris Hemsworth) and Captain George Pollard (played by Benjamin Walker). While Owen has been a whaler his whole life, Pollard is from a whaling family and was appointed to his position because of his family. Part of their conflict comes from their different backgrounds, and from the fact that Owen was promised a captain’s position, only to be made the first mate again.

Throughout the story, these two men butt heads, especially when they have little luck getting any whales because of the booming whale hunting business. Finally, in the Pacific, they find the place where “the whales go to hide from the humans,” and are confronted with a monster of an albino whale. This whale swims into the ship, causing damage and the Essex‘s eventual sinking. The whale is quite antagonistic throughout the rest of the film.

The Whale and the Essex. Photo: Warner Bros

Of course, this whale is huge, and also littered with scars, so he has clearly interacted with whalers before. The crew is lost at sea, followed by a time marooned on an island, and then lost at sea again through the second half of the film. The potential monotony of  watching three boats of hungry men float for an hour and their struggles to survive are thankfully broken up by the frame story.

I was doing research to find out more about the film, and according to an article on Collider.com, one of Ron Howard’s goals was to make the film seem like a documentary. In my mind, he succeeded. I also heard that they built a replica of the Essex for the film, which is awesome, and it looks gorgeous.

I have friends who sail, and for the most part, no one had anything terrible to say about the sailing techniques in this film. Honestly, this made me love the film that much more. I can only assume that the actors spent time on one of the tall ships still active in the US before filming because no one seemed to be overly uncomfortable on board.

Additionally, while many scenes were shot on location in the Canary Islands, the scenes where the ship was being attacked or in a storm were filmed in a large tank, with a contraption rigged up so the ship could move dramatically in the waves. This allowed them to A). Not have something ram a boat with many famous actors on board and potentially hurt them by losing them in an actual ocean and B). Gave them a bit of control over what was happening, something you don’t get in the ocean.

The Ocean Refuses to Follow the Script. The Essex in a Storm. Photo: Warner Bros

Of course, there are some problems with this film. Some of the CGI does look very much like CGI, but to me, the film knows what to show and what to hide, so it’s not as glaring as it could be. It reminds me of how in Jaws, the shark was scary partially because we almost never saw it; the way they shot the whale in this film feels similar. There’s enough, but not too much. Some people may disagree, but I loved it.

With that in mind, I can see why the film wasn’t a hit at the box office. In the Heart of the Sea is a story about a tragic whaling incident and the crew being stranded at sea. Whaling, particularly with the recent discussions about whales in captivity, could be a touchy subject and something that people don’t want to watch in film form.

Despite that, I thought that they handled the whaling aspect well. Of course, they didn’t use real whales, and the CGI whales looked realistic (most of the time). The film had several moments and discussions among the characters about the morality of what they were doing. Some characters view whaling as a necessary evil, and we see the aspects of horror through the face of young Thomas Nickerson (Tom Holland), who is on his first whaling voyage. 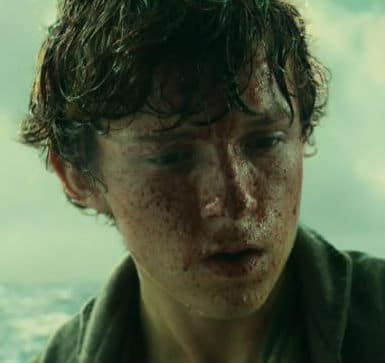 Plus, In the Heart of the Sea came out four days before the new Star Wars movie, so I’m sure that didn’t help it at the box office.

There is also some romance in the film; the relationship between Owen Chase and his wife and between Nickerson and his wife are both very sweet and serve as a nice balance to the violent nature of the rest of the story. 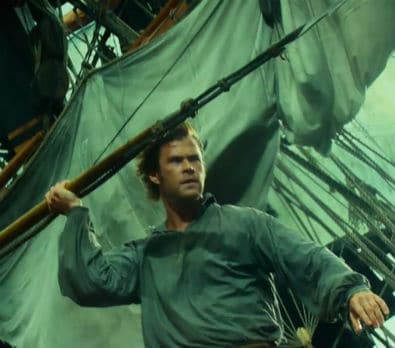 Owen Faces Off Against the Whale
Photo: Warner Brothers

Brief content warning: There is some bad language, quite a bit of blood and gore, death of and violence toward whales, some mentions of cannibalism, and several drownings.