A Couple to Root For – Kiara & Kovu from The Lion King II: Simba’s Pride 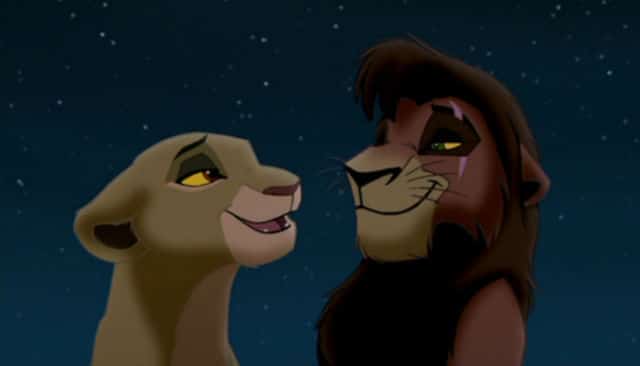 Greetings and welcome to a series of articles I like to call “Couples to Root For.” In this series, I will be taking a look at canon romantic couples from movies and Tv Shows, analyzing the characters, their relationship and why I think they make a good couple. For today, I’m focusing on Kiara and Kovu from The Lion King II: Simba’s Pride.

For your information, these articles will contain plot and character spoilers. Read at your own risk.

Please let me know what you think of this series and please share your thoughts about the couple I talk about in the comments below. I love to read and share thoughts with others.

As one can discern from the title, I am looking at a couple from a direct to video sequel to a movie that is far better than it has any right to be, particularly when compared to other direct to video Disney sequels.  Not that this is a bad thing, just an unexpected surprise for many people. One of the reasons this film works, is the relationship between the main leads, beginning with Kiara. 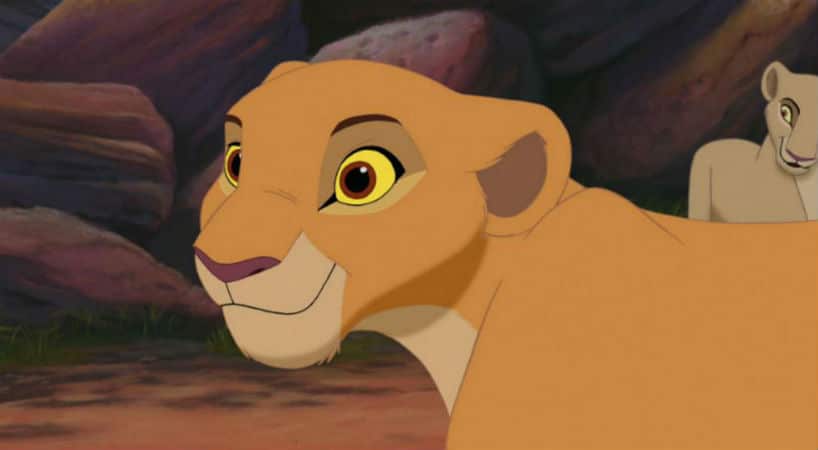 Kiara is the Princess of Pride Rock and daughter of Simba and Nala. Kiara is curious, fun-loving, wild-hearted, excitable and brave and constantly seeking new adventures which often leads her to rebel against her father’s strict rules. She is stubborn and impatient, especially around Timon and Pumbaa, with whom her patience is most tested. She can be rather irritable when pushed over the edge. As a cub, Kiara is not too excited to be queen one day, viewing it as a position of all reasonability and no fun. She questions her predetermined fate and wants to choose her own destiny. Throughout the movie, she shows annoyance when referred to only by her title and insists that she is more than just a princess.

She also has a very open mind and is nonjudgmental, not seeing any problems with making a friend from the Outlands. She is observant and immediately notices the differences between her pride and Kovu’s. Despite these differences, she still wants to be friends, even go so far as to adjust her playing behavior in order to make Kovu feel more comfortable. As an adult, she shows her selflessness and noble side, willing to accept her enemies as no more different than she. 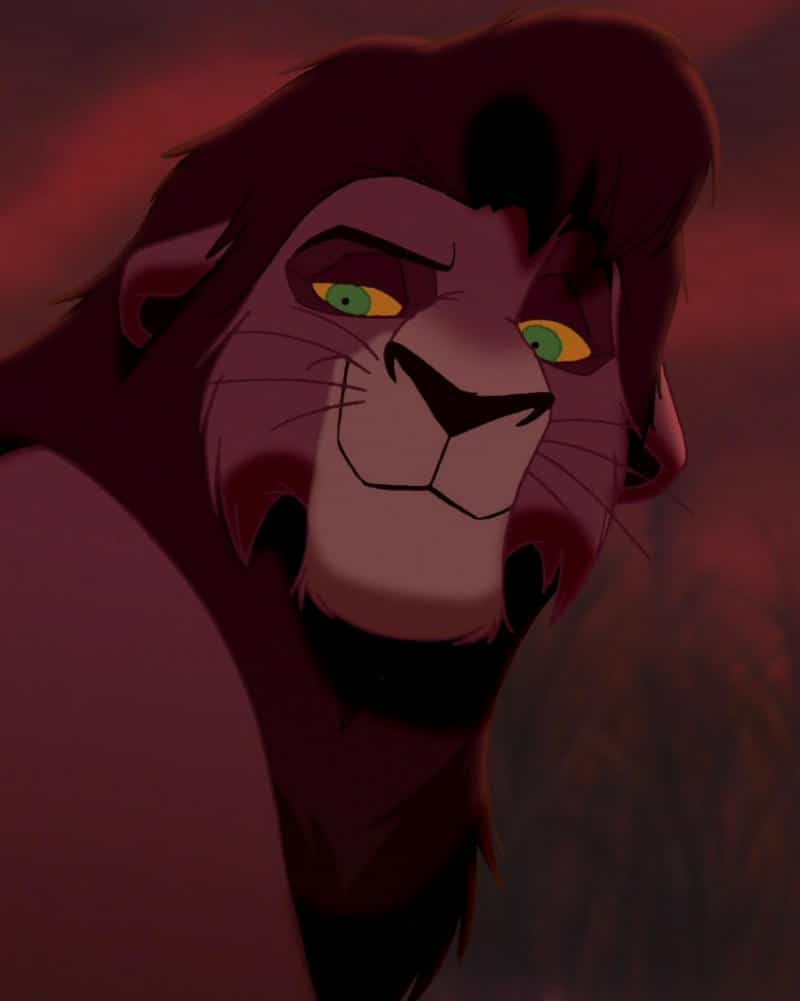 Kovu is the son of the ruthless, bloodthirsty, and vengeful lioness Zira and was chosen by Scar to be his successor, despite no blood relation between them. As a result of being raised under Zira’s iron, spiked claws, Kovu is aggressive and crude, even as a cub. His instinctive reaction, when confronted with anyone new, is distrust, hostility and snarling challenges. He is very brave and can think on his feet. As the proclaimed “chosen one” to be the next king after Scar, Kovu develops an arrogant and cocky side. When around his mother, however, he is submissive and timid. Kovu is a very skilled hunter and an exceptional fighter thanks to his many years of training from his mother. As an adult, he also shows his acting skills, successfully tricking Simba and his entire pride into believing that he is no longer an Outsider.

As a cub, the audience is witness briefly to his softer, kinder, gentler side, a side that is beaten out of him by his mother through years of intense training. It is not until he meets Kiara again as an adult when he discovers this side of himself is still very much intact, albeit deeply buried. Sometimes his darker side and violent upbringing manifest themselves in the present. For instance, in one scene he and Kiara are stargazing and the only images he sees are violent. In addition, his ties to Scar and his mother continuously weigh him down, fill him with guilt and various other conflicting emotions. To me, this makes him an even more interesting character and it makes his character evolution even more enjoyable to watch. 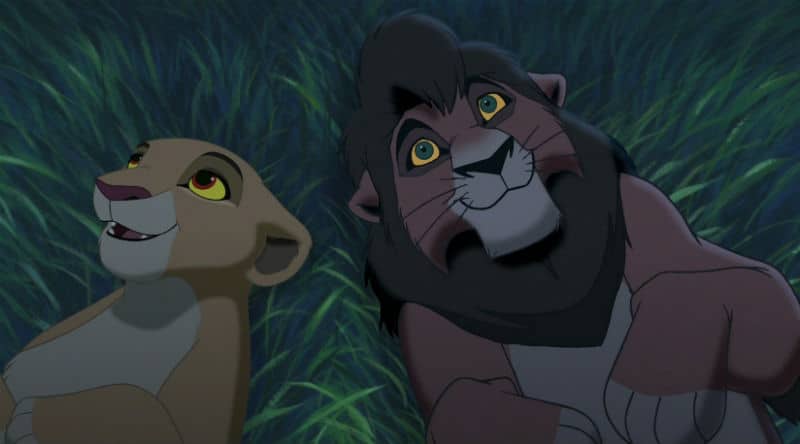 For lions, Kiara and Kovu are some of the most romantic that I have ever seen and I have always preferred their love story to the one of Simba and Nala, no matter how blasphemous that may be. Kovu and Kiara have this Romeo-and-Juliet-type of a story with their divided and fiercely feuding prides. These two first meet as cubs when they save each other from dangerous animals and it is through this experience they become friends. However, because of the intense hatred between their respective families, the cubs are separated, with Kiara growing up to be a proper princess and Kovu growing up to be the perfect assassin to take out Simba. I know at first their relationship was based on lies and manipulation but I think it makes it more interesting. As they spend more time together, they reconnect as friends and grow closer.

Kovu helps teach Kiara things she had always wanted to do, such as proper hunting techniques, but could not because of her over-protective father. Kiara helps Kovu learn how to have fun and shows him things he missed out on due to his intense training growing up. Kovu did not expect to fall in love; it was just one of those accidental things that happened. She inspires him to want to be a better pers-er…lion and gives him hope for a better future.

Kiara does not see Scar when she looks at Kovu, she sees him and accepts him. Through Kiara, Kovu learns he does not have to be the lion everyone else, Simba included, expects him to be. Even after all the hate and lies Kiara and Kovu manage to show everyone that their love always finds a way. Their love was so strong Kiara uses the strength it gives her to stand up for what she believes in, have Simba finally listen, and bring their families together. They may be from a straight to video sequel, but in my eyes, these two characters and their love story are just as strong as any theatrically released Disney film. 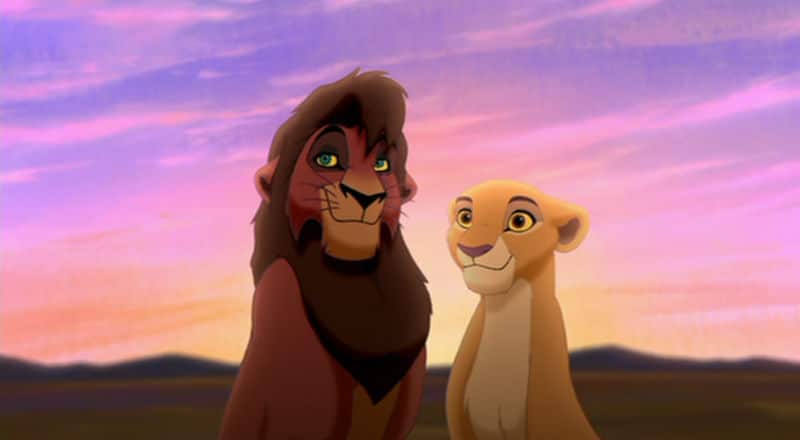 714shares
We use cookies to ensure that we give you the best experience on our website. If you continue to use this site we will assume that you are happy with it.OkNoPrivacy policy