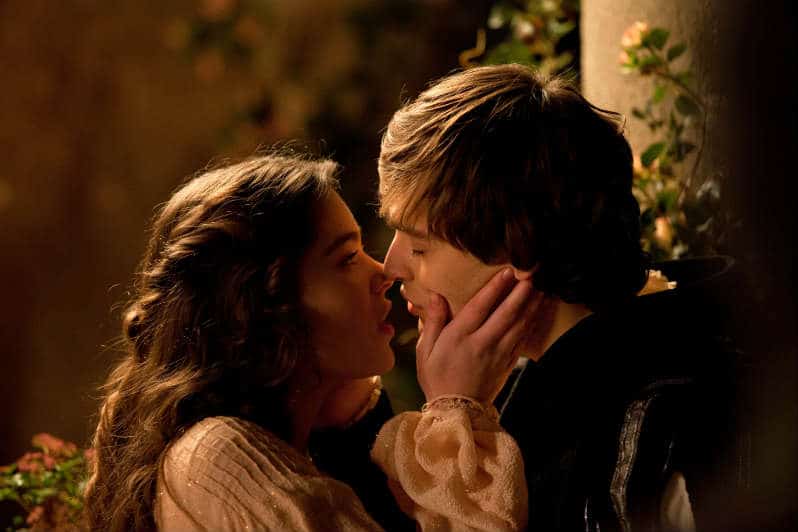 Juliet (Hailee Steinfeld) and Romeo (Douglas Booth) pledge their love to each other.

Given how successful Julian Fellowes has been thanks to the ITV drama Downton Abbey, it is little wonder he would rewrite a classic piece of tragedy and romance such as Romeo and Juliet. Though it has been re-told in many forms, I’d wager none have been done quite so prettily as this.

The classic lovers are played by young British actor Douglas Booth and the talented Hailee Steinfeld. Though the story is all the same as the classic Shakespeare play, the new adaptation (with a twist) introduces a new generation to the young Romeo, enthralled with the beautiful daughter of his family’s sworn enemy. Promised to a young nobleman named Paris, Juliet too is struck with love when she sees Romeo. Together, with promises of love and hope for a future not of their respective families making, they shape their own temporary piece of heaven.

In the interest of full disclosure, it is fair to say my idea of an ideal Romeo and Juliet story is Taylor Swift’s popular song, “Love Story.” The happy ending the songwriter gave her version of the star-crossed lovers was far prettier than the alternative, but then I do understand why this, as a piece of classic narrative, has its share of admirers. 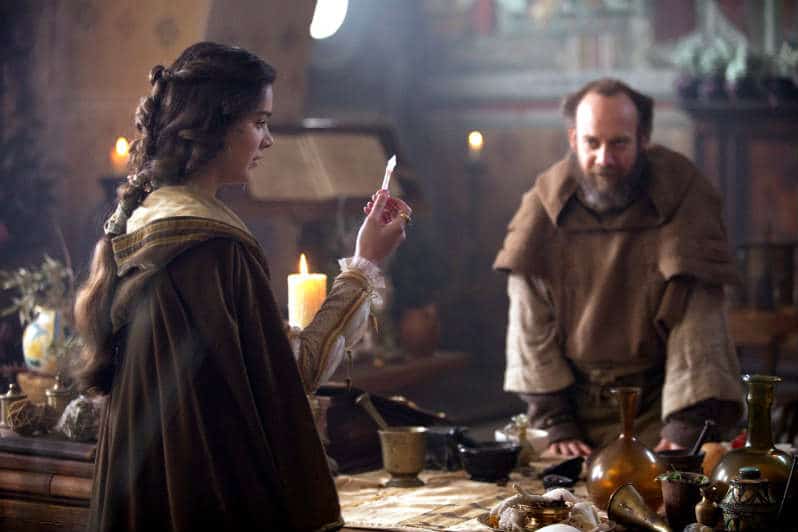 Anyone watching the making-of features on the DVD will hear Julian Fellowes say he wanted this to be a story for a contemporary age. The script takes a lesser approach to the Shakespearian language in the hope of appealing to the modern age (and interest a young audience by its casting) yet I do think the script could have been written with less stage dramatics without losing the intention of the piece. I say this as regards to gaining a wider influence on a younger and contemporary audience.

Beyond this, this film is absolutely gorgeous! The costuming is a stunning delight. Each of Hailee’s ensembles is colorful and beautiful. Filmed in its original location setting of Rome, the locations and castles are grand wonders to behold. Then there is the musical score, which complements the tone to this film to perfection. Beyond the talent behind the camera, those who bring to life these iconic characters are talented. In supporting roles are Damian Lewis, Paul Giamatti, Ed Westwick, and Natasha McElhone. But it’s really Hailee and Douglas who steal scenes as they move as if they were expert players in a classical play setting. They give their respective characters all of the passion required of such iconic lovers. 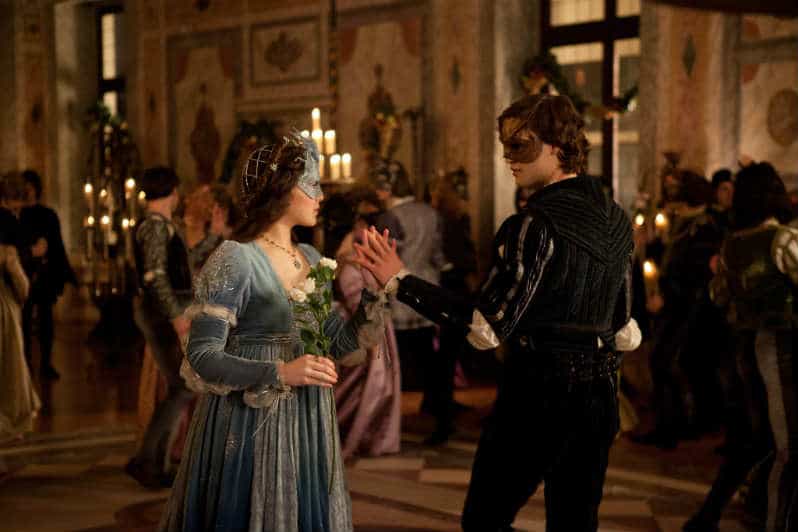 Though the fate of Juliet and her Romeo remains the same, I did enjoy some of the sweeter moments in this film. One of my favorite scenes was when Romeo first spies Juliet across the room and they share a dance. I seem to have an affinity for scenes such as this in period drama, and this one is particularly well shot in the tradition of when Col. Brandon first sets eyes on Marianne in the 1995 film adaptation of Sense and Sensibility.

If you like Shakespeare films or period dramas that require tissues, then Romeo and Juliet is worth seeing. Despite the beautiful poetic love language, next time I want to watch something of this era, my attentions are far more likely to be captured by Ever After. Still, though I’ll never be an avid aficionado of Shakespeare’s works or this story in kind, I’m glad to have watched it, even if I will likely only sit through it the one time.

Romeo and Juliet is available on DVD and to rent or buy on Amazon Video.