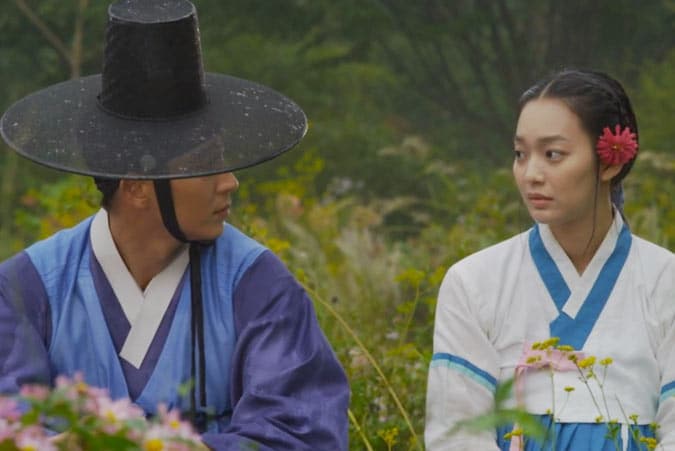 Arang and the Magistrate Review

Arang and the Magistrate comes from the dark but fascinating folk tale the Legend of Arang that originated in Miryang, Korea during the Joseon era (1392–1897). The tale revolves around the daughter of a magistrate, Arang, who was murdered. Her ghost continues to haunt every new magistrate so that eventually no one will take the position. Finally, a determined man takes the position and vindicates her death by finding and executing her killer.

Arang and the Magistrate takes the original folk tale, further expanding it, and compounds it with old Korean myths to create a fascinating and layered fantasy world. In the K-drama, a nobleman’s son, Kim Eon-Oh, is wandering the country searching for his mother’s whereabouts. His life is complicated by the fact that he can see ghosts, which he chooses to ignore. Arang is a ghost who can’t remember her life and refuses to go to the afterlife before she can find out how and why she died. Soon, Eon-Oh becomes entangled with the pretty ghost girl and even ends up the unwilling and uninterested magistrate of Miryang. When Eon-Oh realizes that Arang is his key to finding his mother, he agrees to help her find out about her past. But Arang has a limited time to discover her murderer and kill him if she wants to enter heaven. 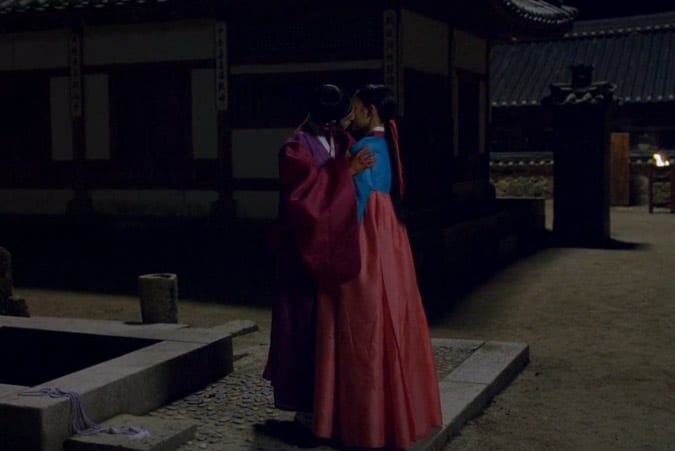 Pinning Arang and the Magistrate down to one trait is almost impossible. Though it’s a dark tale, there is a humorous offbeat vibe. It is historical fiction merged with fantasy for an intriguing, unusual world. The cast is filled with mythic beings from the Jade Emperor of Heaven, his brother Yeom-Ra, Ruler of the Underworld and ghost reapers sent to bring ghosts to the afterlife.

With 20 episodes, Arang and the Magistrate is a longer K-drama (most are 16 episodes) that takes a much slower pace. I actually dropped the drama after watching a couple episodes, confused at where the story was going and at the pace it had set. Thankfully, I picked it back up later on and quickly fell in love with this dark yet fun supernatural romp! I’m a sucker for fairy tales and enjoy a good fantasy story. Arang and the Magistrate delivers a really engaging tale that builds to an emotional climax. I did worry that with the storyline here (Arang is technically dead) the ending would be heartbreaking and tragic. Without giving too much away, I can say that the ending put a happy smile on my face! 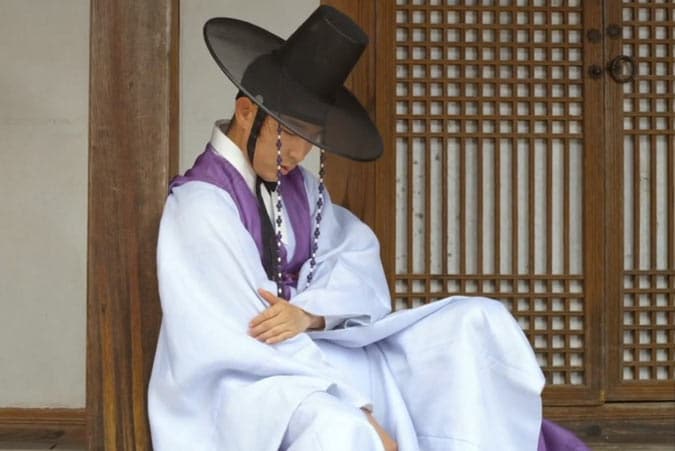 Any good show has a cast of wonderful characters and this K-drama definitely delivered, especially with two perfect leads. I totally believe that Lee Jun-Ki was the perfect choice for the cold, gruff Kim Eon-Oh. This was actually his comeback drama after he left military service (all men in Korea have to serve in the army for 2 years) and I’m super happy they were able to cast him for the role. His character Eun-Oh is hilariously self-centered, uninterested in helping anyone in the world. But then his past was pretty traumatizing and horrible what with his mother abandoning him and people looking down on him for his illegitimate past (in ancient Korea, children with a nobleman father but a concubine/slave mother were considered illegitimate and of a low status). Watching him grow from self-interested boy to a man who puts others first and actively seeks out justice for the innocent was so awesome! His growth takes form over 20 episodes which made it feel that much more believable. I also love that Eun-Oh and Arang started out with a love-hate relationship that slowly grew into an emotional and star-crossed romance. It was seriously heart-wrenching to see him fall in love with someone who he realized he couldn’t be with and how it tore at him. And when he desperately cries out: “Araaaaang!” Oh, just slay me now.

Oh my goodness, I love Shin Min-Ah! Known for her adorable and spunky characters, Arang is another notch on Min-Ah’s lively characters. Arang is as gutsy as she is sweet and a heroine that’s difficult to not root for. She boldly decides to unearth her past no matter the cost and no one will get in her way. I love how Arang bonds with her past self as she learns about her “previous” life. Probably my favorite thing about her is how honest and in-your-face she’ll get to those who deserve it. Her interactions with Eun-Oh are hilarious and heartrending as they slowly fall in love despite the impossible obstacles that separate them. I also enjoyed her relationship with Joo-Wal, the second leading actor, and the innocent yet complicated first love story behind them. 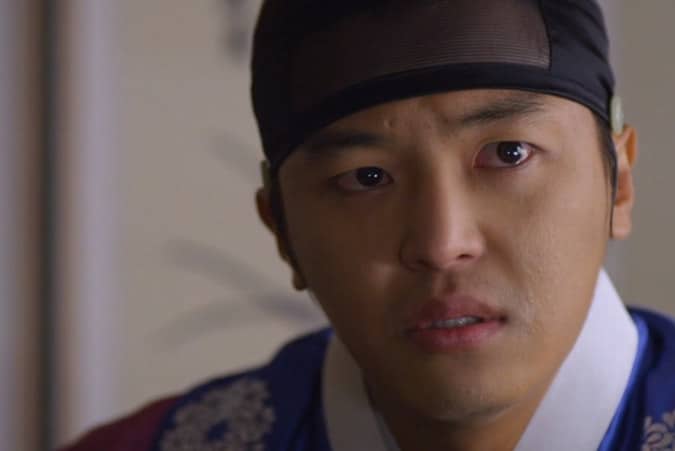 The rest of the cast is just as solid with Joo-Wal, a young nobleman with a tortured past who has carried out evil deeds in the name of survival. I totally credit Joo-Wal’s likability to actor Yeon Woo-Jin who has the incredible ability to look absolutely innocent and feel sympathetic despite his twisted backstory. Of course, he’s not without his own tragic past (though it’s probably safe to say that everyone has a tragic past here).

I absolutely loved the casting for the Jade Emperor! Having a young, pretty-boy emperor who was amusingly mischievous? Yes, please! Seriously, Yoo Seung-Ho looked great in that hilariously silky, long wig. His interactions with his much-aged looking brother, Yeom-Ra, were so amusing as they literally whiled away their immortal lives playing board games and making bets over humanity.

Oh man, Lady Seo was seriously creepy as the villainess! Which was what the drama was aiming for, I’m certain. I did find it odd that she rarely left her furniture-less one room. Did she have something against going outside? There’s also Eun-Oh’s adorable servant Dol-Swe, the crazy, loveable Bang-Wool, and the three funny, bumbling city officials who make Eun-Oh a magistrate only to freak out when he actually starts doing things. Hehe.

And the beauty of this drama! Gorgeous, colorful costumes (I freakin’ love the magistrate attire), lovely cinematography and dazzling landscapes that give this show such a fairy tale feel. From the scene under the peach blossom tree, the field of wildflowers, to the stunning waterfall and river, I seriously paused every so often just to study and admire the scenery. The music was great too with several eerie songs that helped create that ethereal, creepy ambiance.

This drama is chock-full of so much crazy fantasy fun: body possessions, a sword-fighting hero, famished ghosts, peach blossoms, soul-destroying fans, reincarnations, grim reapers with pasty makeup, spooky forests, a snarky amnesiac ghost girl, fairies, a guy wearing pink hanbok, glow-rings, vengeance, seriously awesome hats, a library of the dead, and I’ve only scratched the surface! This is definitely a K-drama that has made it to my top ten favorite list and won’t be forgotten!! You can watch this on Dramafever, Viki, and Hulu.

Have you seen Arang and the Magistrate? Have you seen any other fantasy K-dramas or maybe dramas with Lee Jun-Ki or Shin Min-Ah? I’d love to hear about it!