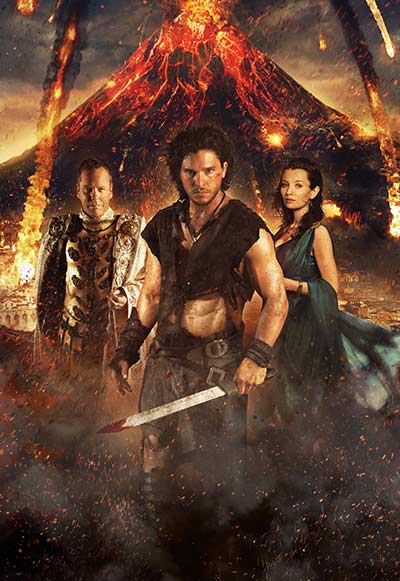 Pompeii never set out to win any awards, as the film was never meant to be anything more than mindless fluff. Basically, Pompeii is really just a period drama’s version of a disaster movie. And sometimes, disaster flicks (despite all the terrible clichés), can turn out to be a whole lot of fun. 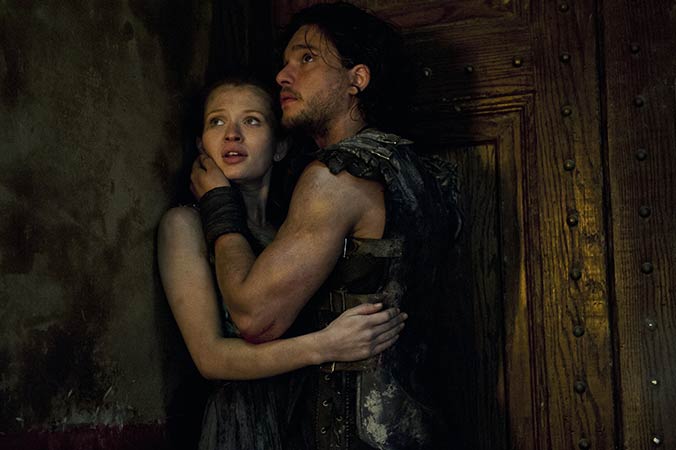 As an amazing and quick fighter, Milo gets transferred to Pompeii just when the volcano shows signs of erupting. Arriving on the outskirts of the  city, he meets the high-born Cassia (Emily Browning) whose horse has a terrible accident. As a prior horseman, he offers his help even though he is a slave. Drawn to his kindness (and good looks), Cassia becomes enamored and intrigued by the handsome Gladiator, despite their difference in stations. 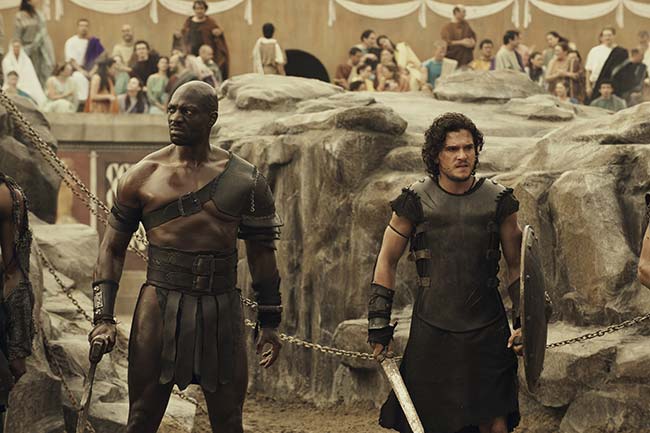 Meanwhile, Milo meets another Gladiator named Atticus (played by the charismatic Adewale Akinnuoye-Agbaje) who he is supposed to kill in the arena. Despite this, the two men come to understand one another; they are reluctant but then a blossoming friendship grows, their relationship a highlight of the film. 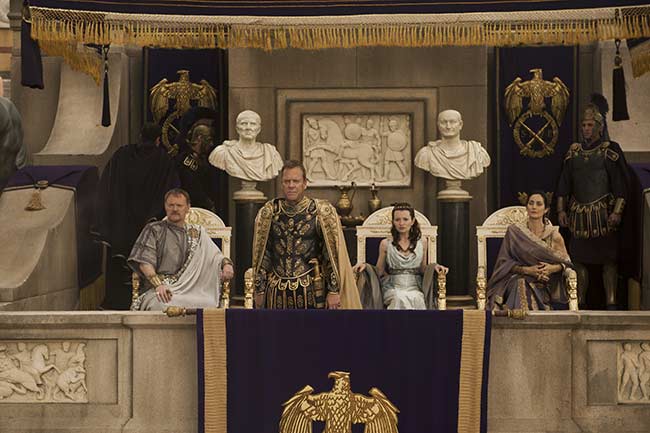 And just as Milo comes into Pompeii, so too does the Romans who killed his family. Corvus arrives from Rome to Pompeii in order to forcibly marry Cassia. He’s obsessed and will have her no matter what, including blackmailing Cassia’s parents (played by Jared Harris and Carrie-Anne Moss). This part of the film plays out a lot like James Cameron’s Titanic in regards to the fiancée chasing them down in the middle of a catastrophe. Indeed, the structure is rather similar to that movie with the star-crossed romance, striking disaster, and then trying to survive together when the worst comes. There’s even a moment when people are trying to be the first to get onto boats…

Overall, if you want to be entertained by a period drama with a lot of action, Pompeii is a fun way to spend your time. Sure, there’s nothing remotely original in the film or really all that historical to the true events and Kiefer Sutherland’s accent is atrocious, but the romance is entertaining (even though not vastly developed) and every once in a while, I like to watch brainless disaster movies. Like I said earlier, not every movie needs to be an award winner. You can catch Pompeii on Amazon Instant Video or buy it on DVD!