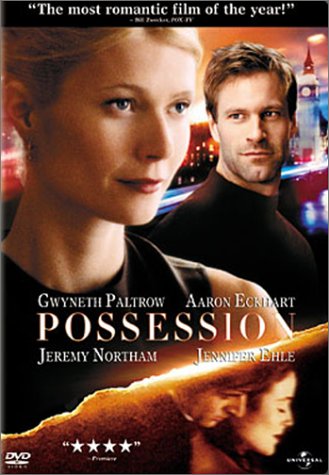 Sometimes you find a cinematic gem in unexpected places. That was my reaction upon finishing the complex 2002 film, Possession. Set in England and boasting an A+ cast, the film is quiet yet very enjoyable. Director Neil LaBute takes his time in telling the story (based on the award-winning novel of the same name by A.S. Byatt), in his own unique way and sense of time.

Possession opens with a shot of Randolph Henry Ash (played by Jeremy Northam), a poet from the 1800’s. He walks through a field looking for something or someone only to find an unexpected surprise instead. From there, before we learn what this is, the film fast-forwards to present day London where a research assistant, Roland Mitchell (Aaron Eckhart) studies Ash’s life. His greatest find is the recent discovery he made in the library: letters addressed “Dear Madam” from Ash to a woman and fellow poet named Christabel LaMotte (Jennifer Ehle).

With no evidence that Ash and Christabel knew one another on such an intimate level, Roland seeks out the one scholar who has not only spent years researching LaMotte but is also distantly related to her. This scholar is Maud Bailey (Gwyneth Paltrow). As the pair digs deeper into the lives of these two passionate souls, they uncover secrets about themselves and the lovers whose secrets they pursue. 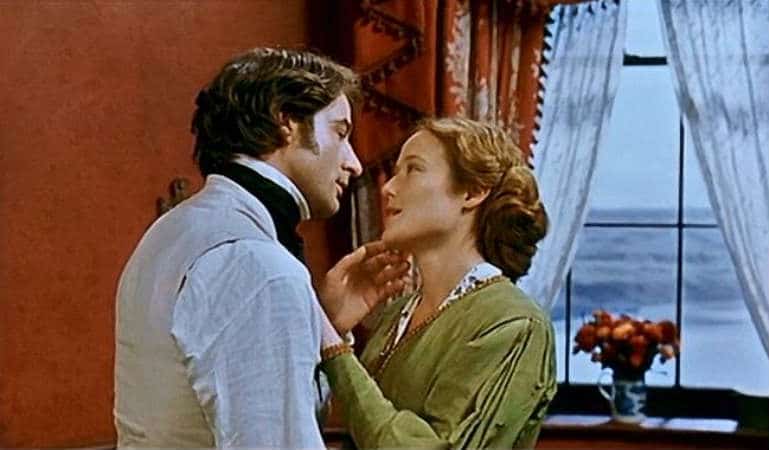 As a story, this film is very unique. I’m not ordinarily a fan of the shifting time periods, but if done well, they can be magical. I felt Possession had a lot of potential in this regard, it just didn’t quite live up to it. The jumps between past and present didn’t always feel natural. And while the unraveling of the mystery does work, it wasn’t perfectly executed. Had the film stayed in the past for a longer span of time, the story would have been stronger overall.

Still, I did enjoy Possession. There were some unexpected elements that took me by surprise in a good way. The love story, for instance, between John and Christabel isn’t nearly as tawdry as one might imagine. Many films that portray an extramarital affair are messy. And often, there is no point to it. Here, the relationship “felt” very organic. I respected that Ash wasn’t some Lothario who engaged in this behavior frequently. His actions were that of a man genuinely in love, and while it doesn’t make the choices he and Christabel made right, it, at least, wasn’t difficult to root for a way the two of them could be together and be happy. As far as the cast goes, everyone is brilliant. Aaron held his own against the talented and familiar string of British faces which also included Tom Hollander (Wives & Daughters, 2005’s Pride & Prejudice) and Toby Stephens (Jane Eyre). Of course, the most exciting names were those of Jeremy Northam and Jennifer Ehle. Though she’s perhaps best known as Elizabeth Bennet in the Pride and Prejudice miniseries, seeing her in another period film was pure delight. Everyone sells their characters with the talent we know to expect from them. Gwyneth has the awkward reserved demeanor her sheltered character requires; Aaron plays a literary scholar whose passion stirs something in Maud; and then there is Jeremy and Jennifer, both playing unique characters with rich and layered complexities.

The Victorian costuming is scrumptious as are the filming locations and period appropriate atmospheres. There’s plenty of romance and a strong script to make up for the slow pace, and some really beautiful quiet moments of pure bliss. Bittersweet though it is, Ash and Christabel’s choices are depicted with consequences (as it should). The ending is also magnificent, just not in the way one might imagine.

Possession is available to rent on Amazon Video or to purchase on DVD.

Content Note: There is one sex scene between a couple, involving some removal of clothing, along with entangled limbs, and a side shot of male nudity before the scene cuts away. This is rated PG-13.