Happy New Year, everyone. It’s that time of year again, not only the one time a year when we joyously ring in a new year welcoming it with promise but also, a time of year to look ahead at what’s coming next to the box office with 2016 movie releases. This is particularly appealing to those of us who enjoy keeping an eye on what’s new and interesting in the entertainment world. The calendar isn’t the only telltale sign of the holidays being over. During the Christmas season, many family-oriented, or at the very least those of the happier variety type movies, are historically widely released and marketed at the box office (to say nothing of the blockbusters that dominated between Thanksgiving and Christmas).

RELATED The Best of Movies and Television in 2015

Over the next few months, one inclusion I consistently noticed was the inundation of R-rated flicks about to populate the charts. Weeding many of those out (because if I’m being honest they really don’t sound all that great), I’ve come up with a few that may be of interest to some of you. There are comedies and dramas, period films (with a twist), and more of the popular and growing genre, YA literature adaptations.

If you enjoy reading about what’s coming to your local Cineplex, scroll on for a preview of the winter titles. 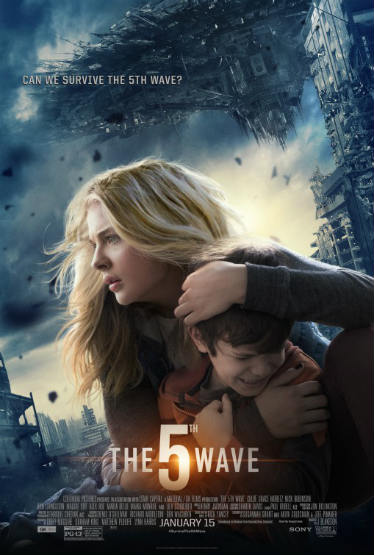 Based on the best-selling YA novel by Rick Yancey, this is another end-of-the-world dystopian. This film doesn’t personally look appealing but is sure to be something I’ll eventually see. The effects and cast do look amazing and may interest those of you who love the genre. 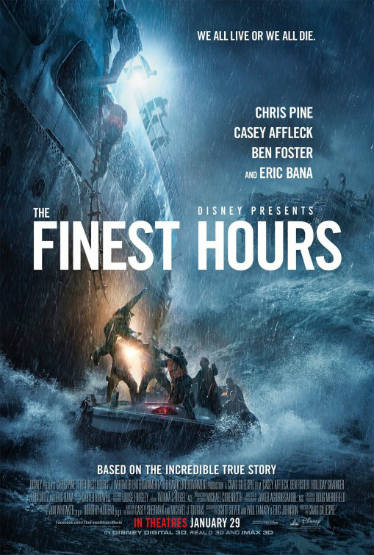 I’ve never heard of the event on which this factual drama is based, but it does look compelling. The trailer totes it as being one of the greatest Navy rescues in history. Coupled with that and the fact that Chris Pine stars and this film may be worth a watch (albeit likely once it appears on home entertainment for me). 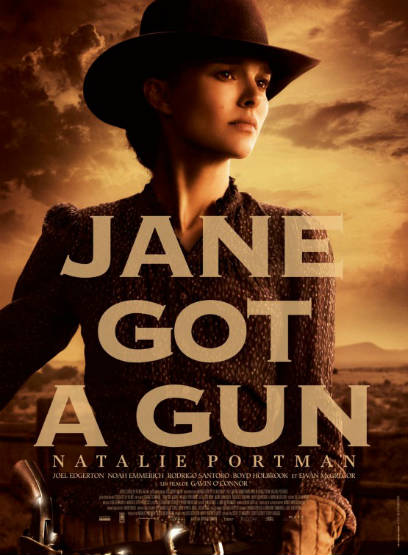 This one has an interesting premise (a woman enlists the help of her ex-lover to rescue her outlaw husband), but its rating (particularly for a western) has me a bit leery. Still, it might wind up being worth a look. 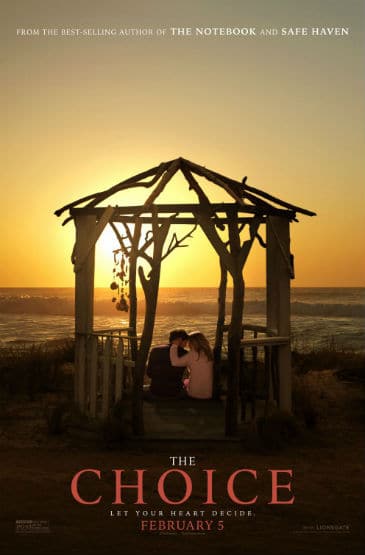 Another Nicholas Sparks film is sure to earn an eye roll or two from some moviegoers, but as someone who enjoys the mindless romantic nature of Sparks’ adaptations, I’m anticipating this one. The story looks to be an opposites-attract scenario with a pesky boyfriend thrown in, all of which I’m guessing works to keep our meant-to-be lovers apart. I’ve got my copy of the book in hand and am prepared to enjoy yet another of this best-selling authors’ stories – clichés and all. 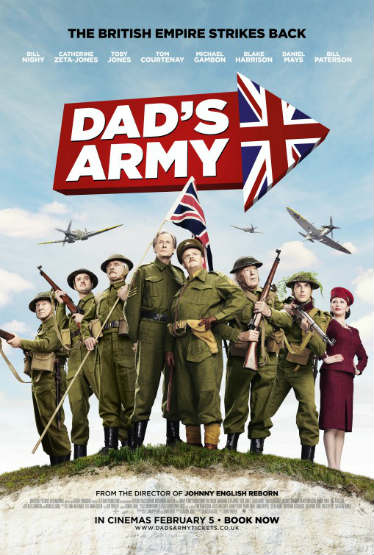 The British Empire Strikes Back

This looks like an entertaining winter comedy in the tradition of Monuments Men. A remake (of sorts) inspired by the ’60s TV show (of the same name), with the all-star cast, WWII setting and cute promotional material, it might be a rollicking good time.

Joel and Ethan Coen are well known for their unique brand of film (and comedy). This film is a recent find for me and while I’m wavering on it being a good fit, it does look entertaining (and given the recent reinvention of musicals to the big and small screens like, Into the Woods or Gallivant, the Coen brothers could pull this off) nonetheless. The plot involves ’50s Hollywood, a popular (albeit wacky) actor being kidnapped, and so much more. Plus, that cast list is impressive if nothing else.

#7 Pride and Prejudice and Zombies 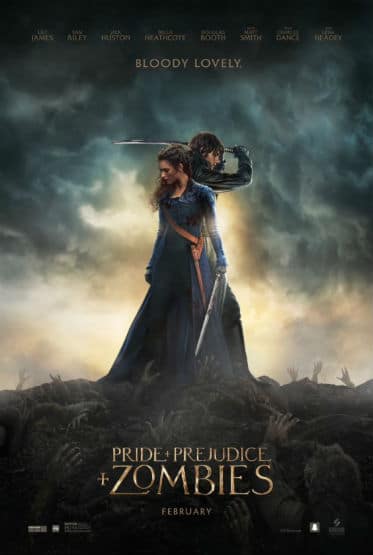 I can still remember seeing this book at the bookstore and being like, “nope.” I wasn’t in the least bit curious. This was long before talks of a film adaptation were in the works. Since then, I’ve seen Warm Bodies and inspired by this adaptation, bought the book (a story which is self-explanatory; this follows Jane Austen’s Pride and Prejudice, only with zombies). The cast list also blew me away (especially up and comer Lily James) and the trailer actually looks – dare I say this – entertaining as all get out.

Yet another adaptation, this contemporary romance is adapted from a popular best-selling author, Jojo Moyes. The plot revolves around a young woman who begins to care for a handicapped man during which time, presumably some type of romance blossoms. The film sounds good and as someone who hasn’t read the book, interest has been piqued. The lack of promotional material does surprise. 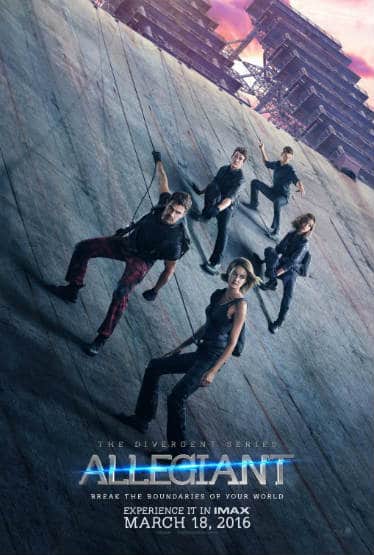 Another installment to the Divergent series takes us up to the next-to-last of the four-film franchise. If the other two films are any indication, I have a feeling Allegiant will be a strong offering. 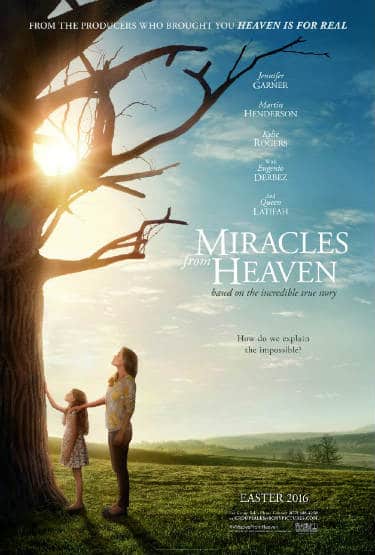 Based on a true story, this inspirational film tells the story of a young girl with a rare disorder who is miraculously healed after a near-fatal accident. With its familiar cast list and feel-good premise, this is one film that looks like it might have some promise. 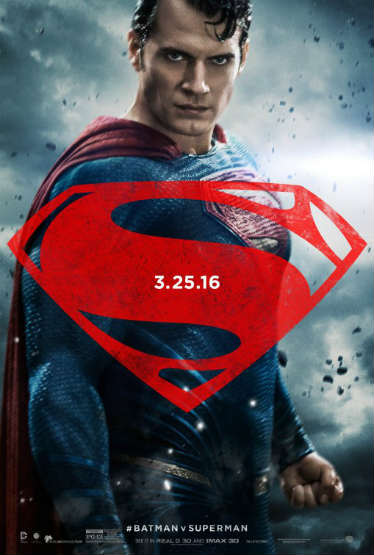 Given its title, I’m a little bit saddened by the direction this superhero film is headed. Still, this is a film that promises to live up to its blockbuster potential, Plus, for an eventual spin-off in the DC Comics universe, Wonder Woman is to be introduced. 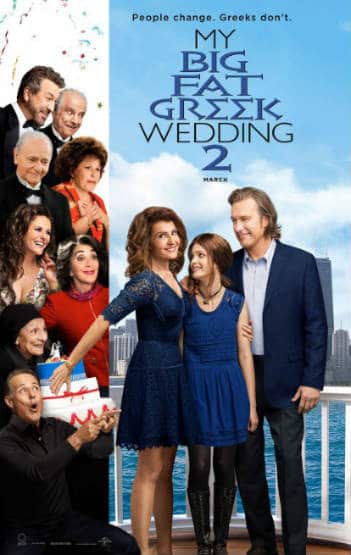 Returning with much of its original cast, the crazy familial world of this Greek Portokalos family is about to again invade our theater screens. This time around, Nia and John are raising a teenage daughter, who, presumably, finds herself saddled with some of the same crazy troubles her parents did – only in a different way. 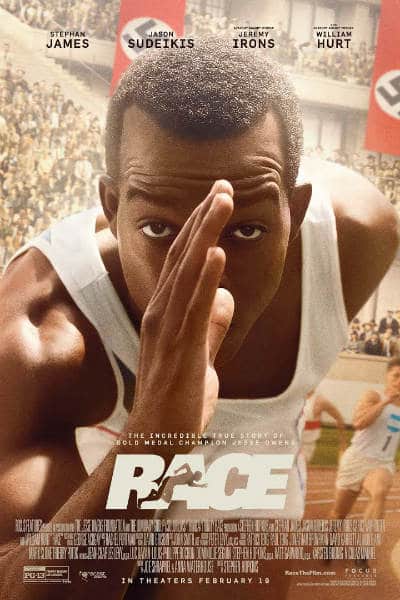 Besides the 12 mentioned above, here are a few more promising titles to put on your Watchlist!

The true story of athlete Jesse Owens and how he overcame adversity to win gold medals at the 1936 Berlin Olympics.

An unofficial sequel to The Passion of the Christ, Risen tells the story of a Roman Centurion (Joseph Fiennes) who is assigned by Pontius Pilate (Peter Firth) to investigate the rumors of a risen messiah when the body of Jesus goes missing.

A young Jesus (7-years-old) discovers the truth about who he is. The film stars Sean Bean.

In a unique looking sci-fi film, Midnight Special tells the story of a gifted eight-year-old boy. A father works with people he trusts to get his son to a safe, secret location while an extremist group hunts him. The film stars Joel Edgerton, Kirsten Dunst, Sam Shepard and Adam Driver.

That’s a look ahead at what’s to come in winter for new 2016 movie releases. Which of these films are you anticipating? Are there others you’re watching out for we didn’t include? Let me know down below which upcoming box office releases you’re most curious about. I’d love to read about them.

4 thoughts on “Round Up of Winter 2016 Movie Releases”