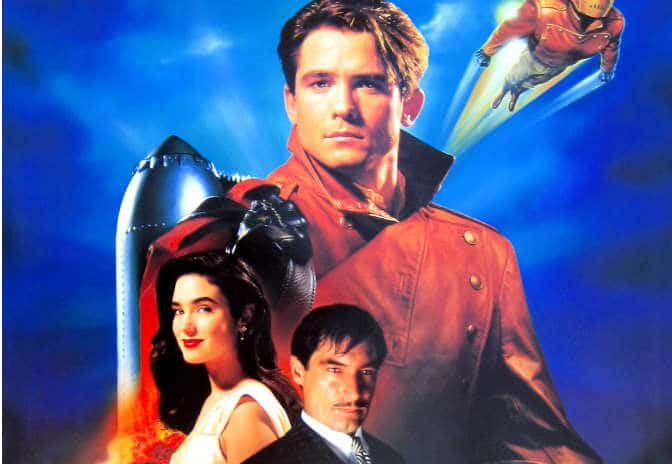 In preparing to review The Rocketeer, a kind of trip down memory lane from my childhood was unlocked. It had been so long since I’d seen The Rocketeer that I had to buy a DVD copy since all I owned was a VHS. And while many might not claim this film among their favorites, once upon a time, this was a personal favorite. Wrapped inside this adventure story is plenty of Disney magic. 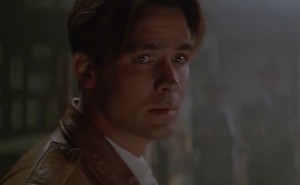 If you’re unfamiliar with the plot of The Rocketeer, the hero is Cliff Seacord (played by Billy Campbell), a dreamer who has graduated from working as a clown to planning to enter the aviation nationals, along with his mentor Peevy (Alan Arkin). Unfortunately, a problem enters when, on the day he is test piloting the entry plane, a car chase complete with gunfire unfolds beneath him. A stray bullet is the first domino and a nearly fatal landing is the end result. With their hopes destroyed like their plane – now a heap of metal – Cliff doesn’t know what to do. However, his disappointment is short-lived when he discovers a rocket pack in his shop – a rocket that is strapped to a man.

With the feds searching for a high-value equipment asset and thugs nearly always a step ahead, Cliff quickly learns the danger of this rocket pack. He then sets about protecting his find at all costs. But that’s before his girlfriend, Jenny (Jennifer Connelly) becomes entangled in the conspiracy thanks to the dashing Hollywood actor, Neville Sinclair (Timothy Dalton). 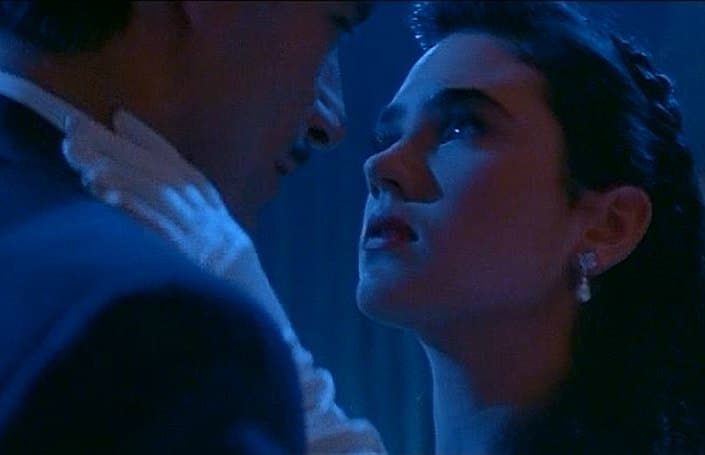 If ever there were a perfect balance of genres synchronized wonderfully, this forgotten film would be it. Its primary is, of course, the conspiracy mystery and sense of adventure but underneath that is a sense of glitz and glamour that’s striking and worth the experience for period drama aficionados. The mystery is particularly complex which is understandable yet the most entertaining thing about The Rocketeer is that the script never strays too far one way or another into any one specific genre. What I mean by this is that the film makes use of some great comedic scenes but never falls into “slapstick” humor. Likewise, the 1930s period drama aspect (at least in a sweeping romantic sense) never overpower the adventure.

I don’t remember every high or low of the first time I watched The Rocketeer, but I have this overpowering memory of it being one of my favorite films at the time. This I suspect was fueled by my ideal sense of romanticism in the plot, which is probably what appealed to my younger self. While revisiting the film (for the purpose of this review), I was swept into the deeper nuances of the story. Everything is really well developed from the characters to the simple yet exhilarating story, the opening credits and to the ending kiss. This one is a winner. 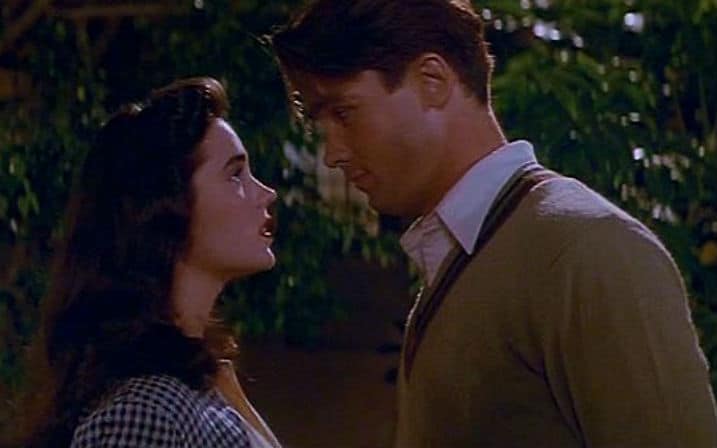 With its talented cast (not to mention a chance to see Jennifer Connelly in one of her early roles plus also Terry O’Quinn as Howard Hughes), The Rocketeer is still relevant in the wonderful world of cinema today. If you’re looking for an entertaining night of movie-watching while visiting yesteryear, or if you like films and heroes like Captain America (a bit of movie trivia for you, both this and Captain America share a director), The Rocketeer is a great way to do just that. It isn’t perfect, but so long as you walk into it prepared that the film doesn’t take itself (or I don’t think, asks us to) too seriously, you just might discover an entertaining night in.

The Rocketeer is available on Bluray and DVD or to rent on Amazon Video.

2 thoughts on “The Rocketeer – A Forgotten Disney Period Adventure Film”