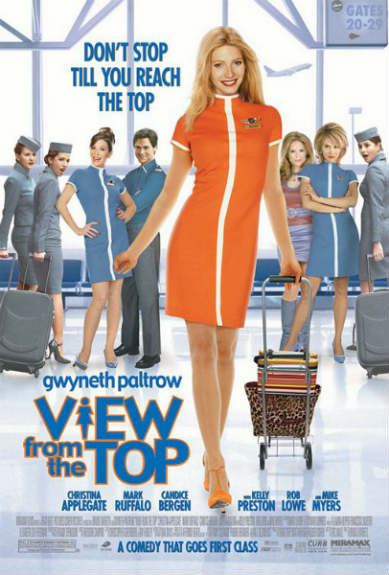 View from the Top (2003) was not well received by critics and was even pushed back a couple years due to 9/11. So this film mostly fell under the radar. And while the film is uneven and at times just a little bit silly, it is still worth a watch, especially if you’re looking for a little reminder to reach for your dreams (and you love Gwyneth Paltrow movies).

View From the Top tells the story of Donna Jensen (Gwyneth Paltrow), a girl from Silver Springs, Nevada who dreams of a destiny outside of her trailer park upbringing (unfortunately for this Donna, there’s no Doctor in a blue box to take her away on crazy adventures). One day, after reading an inspirational book about a flight attendant, Sally becomes convinced that her destiny is to become one as well so she can escape and travel the world. And that’s just what she does. She works her way up until she reaches the top with many obstacles along the way including backstabbing friends and falling in love! 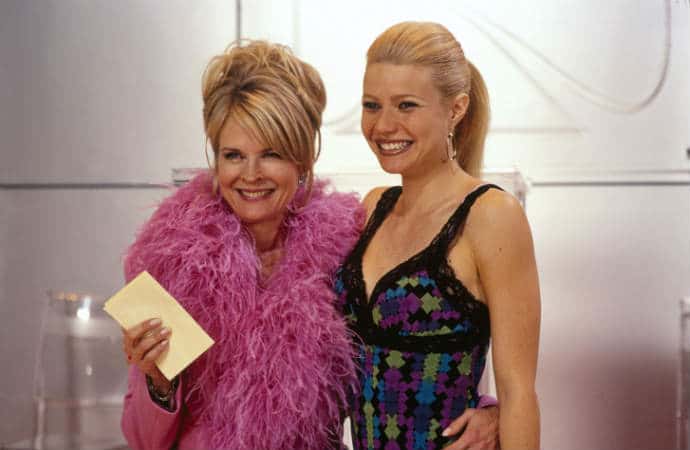 One thing I really loved about the film was the notion of reaching for your dreams and never giving up – no matter what situation you may find yourself in. And as cheesy as the film is at times, it’s kind of fun watching a character overcome all odds to become the person they were meant to be. 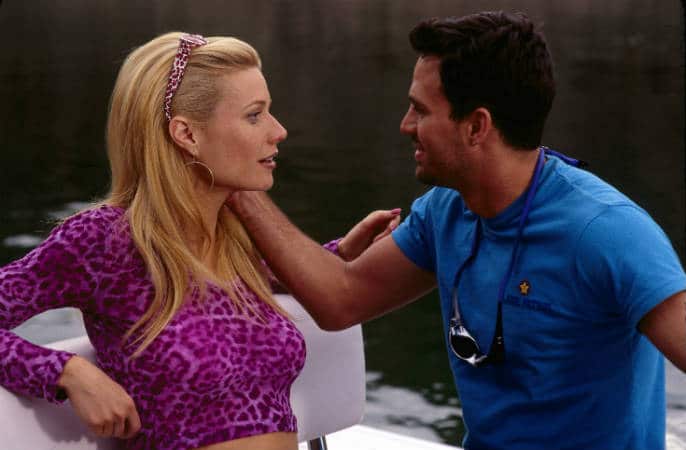 Sally and Ted in View from the Top.

As for the romance in the film, it was not incredibly original, but it was still enjoyable – especially since Mark Ruffalo is the leading man. And while this is a romantic comedy, it’s really Donna escaping her unhappy existence that stands out.

In fact, one of my favorite aspects of the film was the clever twist for the ending. I won’t give it away – but it’s a refreshing feminist turn that made me smile.

Still, View From the Top has some real flaws. The romance could have been better developed, some of the characters could be more fleshed out and there were some scenes and dialogue that just didn’t work. However, if you’re feeling down in the dumps, this is a fun little inspirational romantic comedy that may lift your spirits. There are some crude references and even a few completely unfunny scenes (Mike Meyers’ character and performance falls flat), still it’s an entertaining watch for a rainy day. View From the Top is available to stream on Netflix and buy on DVD.

122shares
We use cookies to ensure that we give you the best experience on our website. If you continue to use this site we will assume that you are happy with it.OkNoPrivacy policy