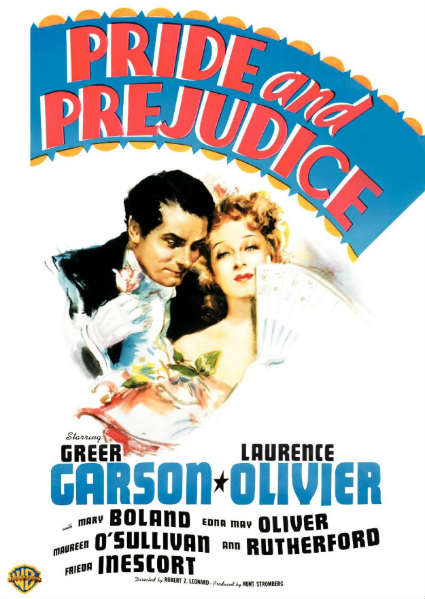 As someone who believes she’s seen “the” definitive version of Austen’s classic, Pride and Prejudice, a need to see all of the other versions is a moot point. I have my favored version of this timeless story (the burden of which sits upon the 2005 adaptation starring Keira Knightley) after all. That’s why watching any of the countless other adaptations pale in comparison. However, that’s not to say there aren’t enjoyable nuggets within this 1940 silver screen classic. There are, in fact, quite a few. 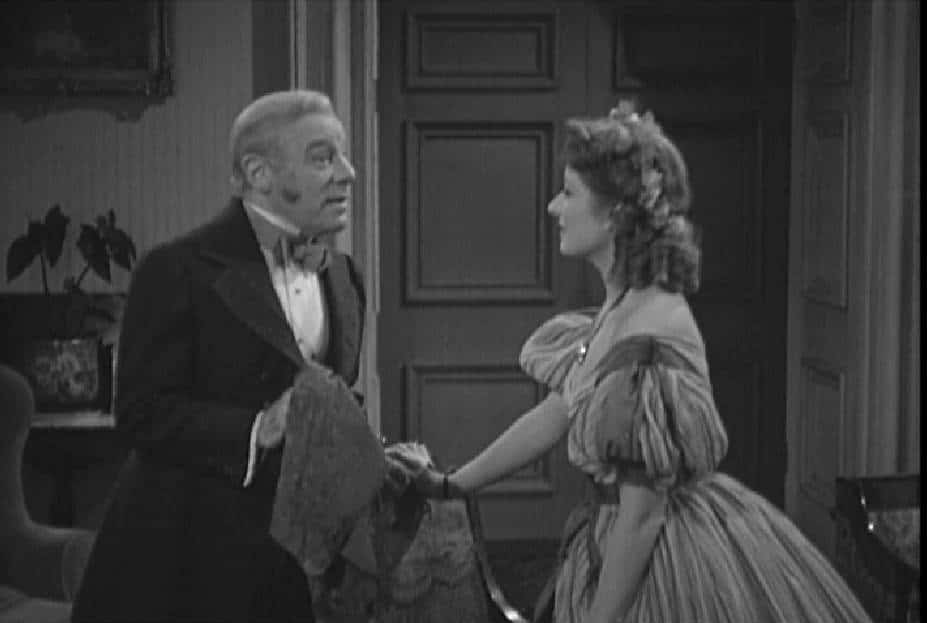 Anyone who is a classic cinema film buff coupled with being a period drama aficionado will appreciate this if only for the classic era of familiar faces. Taking on the iconic couple is Greer Garson and Laurence Olivier as Elizabeth Bennet and Mr. Darcy, two of the silver screen’s old Hollywood favorites.

The script follows the gist of the classic story (Darcy falling for Elizabeth’s quick wit not to mention being the only man to manage both a romantic and insulting proposal) and all of the same players are intact with the exception of Georgiana Darcy who gets her name mentioned but never is given face. Everyone else, including the four additional personality-laced Bennet sisters, are present. 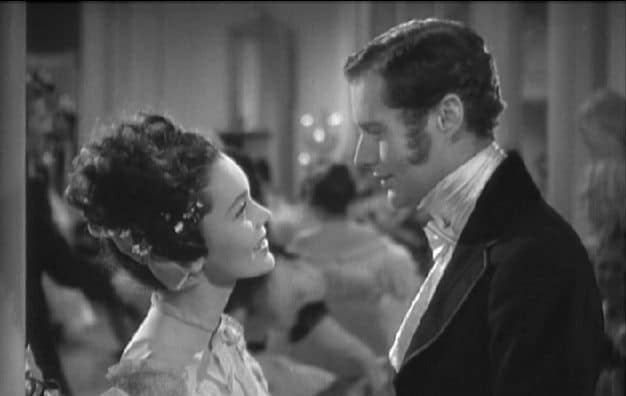 Personally, I have to separate this from being an Austen story; if I watch it as a classic film that tells a romantic comedy, cute-love-story, it’s much easier to accept. Considering it any other way with any other variations makes it difficult to take this one seriously. Nothing about the film is really authentic. The styling is more in the era of Gone with the Wind (billowed sleeves or off-shoulder gowns and lots of petticoats paired with bows and large millenary concoctions – a concession filmmakers made for more “ornate” costuming). Also, the characters meant to be less attractive are played by actresses who are anything but. This one also went through a lot of casting choices and potential faces, all of which is chronicled in an interesting read on TCM.

In short, I don’t think this works well as an adaptation of Pride and Prejudice. If judging the characters by their actions and living situations, no one is in the dire straits they should be. However, as a romantic comedy (which is really what this is – it doesn’t possess the same poignancy or serious politics of the era) this is cute. Lest my complaints suggest I didn’t like anything about this, that is far from true. It simply comes down to this: taking this seriously is impossible when we’re spoiled with two masterful adaptations. On its own merit, however, I do think it’s a sweet movie. Because it hails from the classic Hollywood genre, there are some dazzling details and I love the unique markers that make this version its own personality – namely Lizzie’s archery exhibition and the sassy ending involving Lady Catherine and Darcy’s ploy. For those reasons alone, this is a classic of its own kind.

Have you seen this version? What do you think of it? Do you have a favorite adaptation of Pride and Prejudice? Sound off below.

You can rent Pride and Prejudice