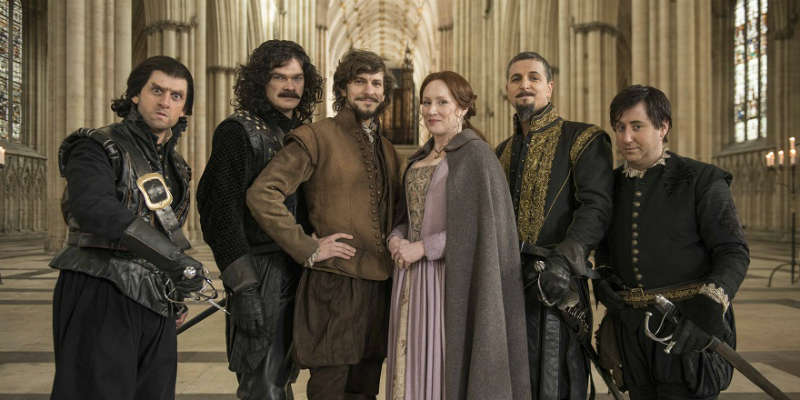 Once upon a time, there was a hugely successful children’s TV series called Horrible Histories (based on a hugely successful children’s book series by Terry Deary, also called Horrible Histories). This comedy sketch show about weird and gory historical facts was so popular that it soon had as many adult fans as children.  (There was even a short series made especially for adults, with the puppet rat host replaced by Stephen Fry).

When Horrible Histories ended, six of the cast regulars decided to stay together.  They created a spoof fantasy series called Yonderland, aimed at a family audience.  And now they have created their first feature film, Bill, a family comedy inspired by Shakespeare’s “missing years.” 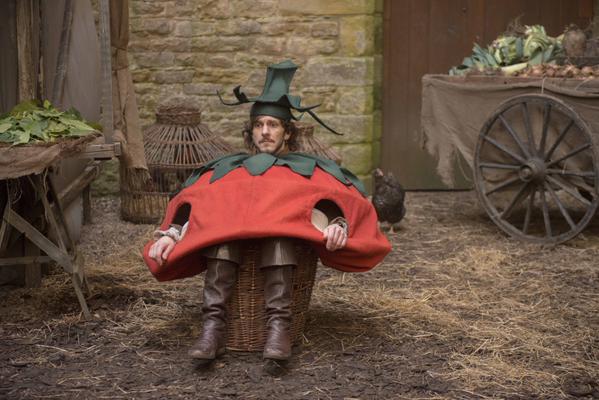 In the film, failed lute player “Bill” Shakespeare decides to try his fortunes as a playwright in London.  But his efforts to find a voice and a patron lead to him becoming entangled in a Spanish plot to kill Queen Elizabeth I.  They also find him dressed as a giant tomato (with Christopher Marlowe as a cucumber) and penning a musical called “A Series of Funny Misunderstandings.”

I can honestly say that I have not laughed so much at a film for ages as I did watching Bill.  In fact, everyone in the cinema was laughing pretty much from start to finish.  As in Yonderland, the six main actors (Matthew Baynton, Martha Howe-Douglas, Ben Willbond, Simon Farnaby, Laurence Rickard and Jim Howick) play multiple roles, with cameos from Helen McCrory and Damian Lewis.  There are some very funny Shakespearean jokes – and jokes about writing and the theatre – but you don’t need to be familiar with Shakespeare or English history to find it funny.  There’s lots of slapstick and just downright silliness as well.  And I must say, the guys and Martha are looking rather hot in some of the scenes.  (Yes, I’m looking at you, Ben “Philip of Spain” Willbond!) 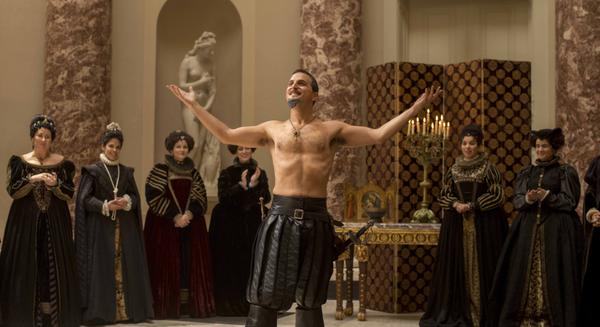 The Horrible Histories/Yonderland troupe have been compared to Monty Python, due to their multiple role playing and silly humour.  But where the Pythons could be crude and offensive, this troupe stays true to its original audience.  While some of the humour might not be suitable for young children, for kids of junior/middle school age and upwards – together with their parents – it is ideal for a family night out.

So far, I can only find cinema release dates for Ireland, the U.K. and Australia, but look out for the DVD/download when it arrives.  You won’t regret it!