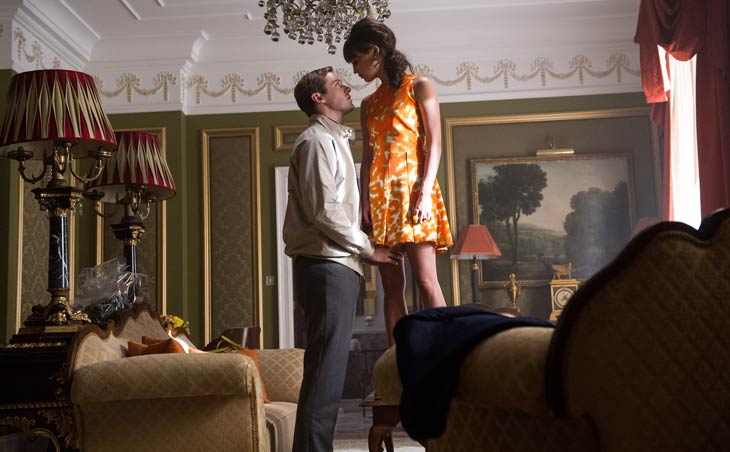 THE MOMENT: Illya and Gaby share a flirtatious dance.

For everyone who hasn’t seen the romantic, hilarious, entertaining, and stylish, old-fashioned spy drama The Man from U.N.C.L.E. yet, you have completely missed out on one of the summer’s best movies (there’s still time for a few theaters out there). While Henry Cavill as Solo was suave and fantastic throughout the whole movie, Armie Hammer, and Alicia Vikander as Illya and Gaby were just as impressive thanks to their adorable love story and banter. 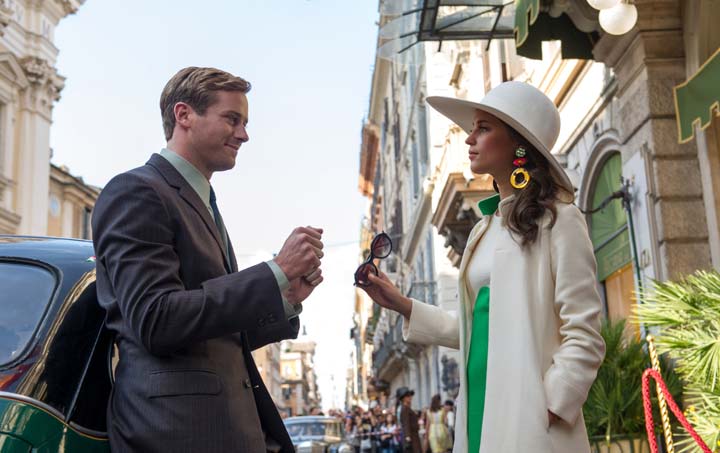 It is the 1960s, the Cold War at full play, and there’s a dangerous organization using Gaby’s father to build a nuclear bomb. To put a stop to it, CIA agent, Solo helps Gaby escape East Germany as long as she works for the CIA to find her missing father. Escaping becomes quite the ordeal, however, when Illya (a KGB agent) attempts to catch them. 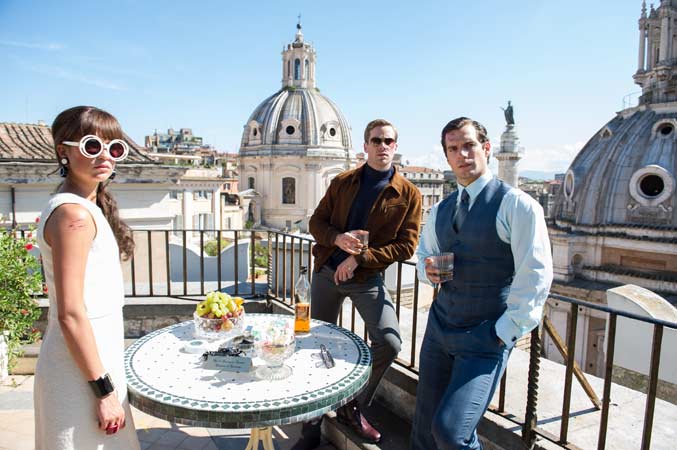 He fails, but soon the three of them find themselves reluctantly working together to stop the nuclear bomb from being constructed (thus beginning the formation of Team U.N.C.L.E.). In search of her father, Gaby must play the part of fiancée to Illya in order to trick her uncle into trusting why she is looking for her father. Pretending to be engaged begins to bring these two opposites together.

Gaby is a tomboy who likes working on cars, and Illya is an uptight KGB agent who definitely needs some loosening up. Luckily for him, Gaby knows just the thing…

Almost right from the start, the sexual tension between Illya and Gaby stood out considerably in the midst of all the spy drama, so Gaby decides to do something about it. She decides to dance. Staying in the same hotel room, Gaby dances around one night to loud music, much to Illya’s irritation.

He stands up and tells her to turn it off. He’s ready to go to bed, but Gaby keeps dancing in his way.

It’s no fun dancing alone after all. She wants a partner to dance with.

In a teasing manner, she grabs his hands and the two start dancing.

Illya even smiles a little, but Gaby (in full play mode) then forces him to slap himself in the midst of the dance (all flirtatiously and with a proud smile).

Still uptight as his usual KGB self, Illya warns her that he will take her over his knee (not that we believe him of course). Instead of feeling threatened, Gaby just says, “So you don’t want to dance. But you do want to wrestle.”

With a shocked look on his face, Gaby runs and slams into him and wrestles Illya to the floor. The wrestling doesn’t last long, however, as the two’s closeness creates a moment after Gaby pins him down.

Clearly attracted to one another, Gaby keeps leaning further and further down until the two almost kiss.

And just as they almost share a kiss (they are always getting interrupted somehow), Gaby falls asleep on his shoulder.

With tenderness, he gently carries her to bed and holds her hand.

It’s a sweet moment that really begins to build the relationship between Illya and Gaby. I won’t spoil the rest, but needless to say, here’s hoping the sequel gets greenlit (somehow), so we can see their relationship continue to grow. I’ll leave you with a shortened version of the scene.

What did you think of The Man from U.N.C.L.E. and the romance between Illya and Gaby? Sound off in the comments…