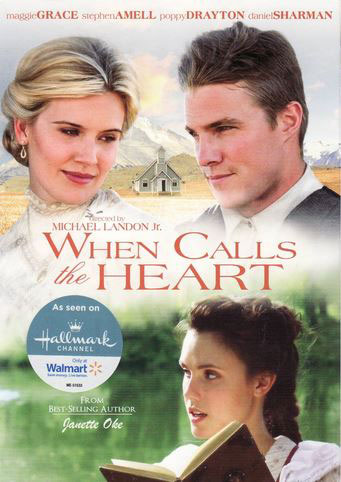 Binge watching season 1 and Season 2 of When Calls the Heart on Netflix and Amazon (realizing the show definitely improves over time), I finally decided to go back to the made for TV Hallmark film that came out before the TV Series. With an almost completely different cast and slightly different characters, I was slightly confused at first but really ended up enjoying this wholesome period drama for its own merits.

When Calls the Heart, unlike the show of the same name, follows two different stories in two different time periods. The first is set in 1910 when wealthy Elizabeth Thatcher (Poppy Drayton) gets her first teaching position away from civilization all the way out west in a town called Coal Valley. Her family doesn’t want her to go, but Elizabeth becomes determined to prove them (especially her sister) wrong. Elizabeth can be uptight, prim, and maybe a little bit too much of a damsel (though not nearly to the degree as the TV Series), so how could she possibly fit in out west? 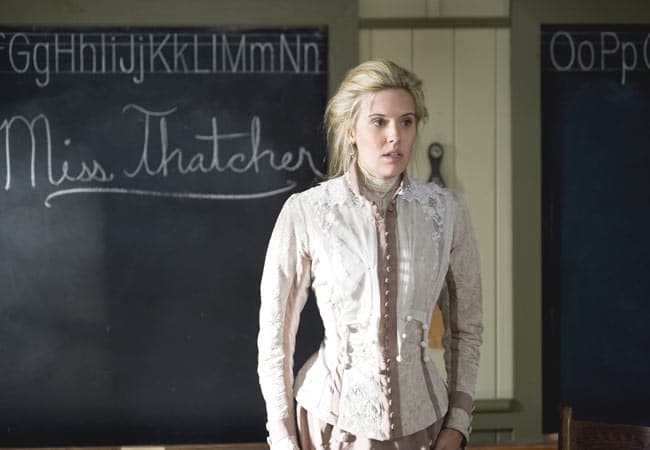 As she decides whether to face the dangers of the Wild West, Elizabeth reads her Aunt’s journal about her own experiences teaching out west. This is the second and the perhaps more interesting story of the film and that really comes down to the performances. This Elizabeth Thatcher (they have the same name) played by Maggie Grace doesn’t quite know how to react to the wild as she almost gets attacked by wolves her first night there.

And then there is the handsome Wynn (played by Arrow’s Stephen Amell) who seems to have a thing for her. For Elizabeth, this proves quite the dilemma, as she ‘thinks’ Wynn is married with a kid. Appearances, however, are never what they seem…

As the more modern Elizabeth decides to take the trek out to Coal Valley (continuously devouring her Aunt’s journal), her father sends a Mountie alongside her for protection. For TV Show fans, it should be noted the two Mounties are different characters and both are interesting in their own ways. This Mountie named Edward (played by The Originals’ Daniel Sharman) has known Elizabeth since they were young. They also travel together to Coal Valley, giving us several romantic moments to enjoy including a cliché (yet somehow still entertaining) attack from stagecoach robbers that leave the two destitute. At one point, Edward even has to carry Elizabeth to the town for a considerable length of time. I’ll admit the scene was all in good fun.

Overall, this is a sentimental yet sweet period drama to watch when you want something really light to view. The style reminds me a lot of Alcott’s The Inheritance. I do warn, however, that since this was originally intended to have a sequel, the ending feels completely cut off and unfinished in a truly frustrating way (you just barely meet the Coal Valley characters at the end). You’ll have to either tune into the TV Series (though it is different and does not include the past story) or the book series by Janette Oke so you can see how this would have played out. While slightly cheesy at times, When Calls the Heart is a fun romance worth checking out if you love period dramas like Love Comes Softly, Road to Avonlea, or Little House on the Prairie.

Our romance-themed entertainment site is on a mission to help you find the best period dramas, romance movies, TV shows, and books. Other topics include Jane Austen, Classic Hollywood, TV Couples, Fairy Tales, Romantic Living, Romanticism, and more. We’re damsels not in distress fighting for the all-new optimistic Romantic Revolution. Join us and subscribe. For more information, see our About, Old-Fashioned Romance 101, Modern Romanticism 101, and Romantic Living 101.
Pin this article to read later! And make sure to follow us on Pinterest.
By Autumn Topping on July 27th, 2015