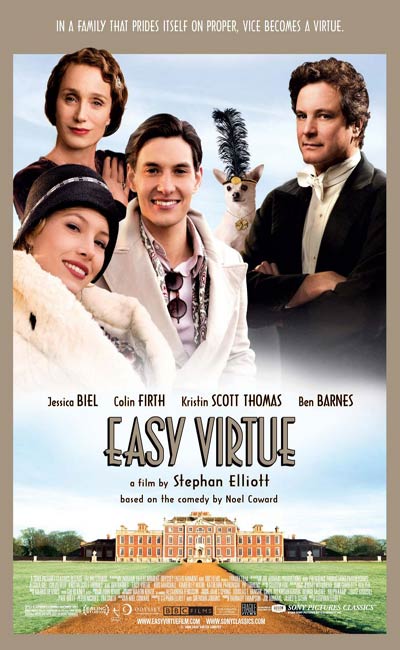 With quite an interesting cast of characters, Easy Virtue is a period film set in England between the two World Wars. When Larita (Jessica Biel), a race car driving American, marries a high society Englishman (Ben Barnes), he takes her home to meet the family at their huge manor. Having nothing in common with her new in-laws, excepting her new-found father in law (Colin Firth), Larita attempts to blend in but fails on a grand comedic scale. Soon, it is all out war between Larita and her master manipulator mother-in-law Veronica (Kristin Scott Thomas). 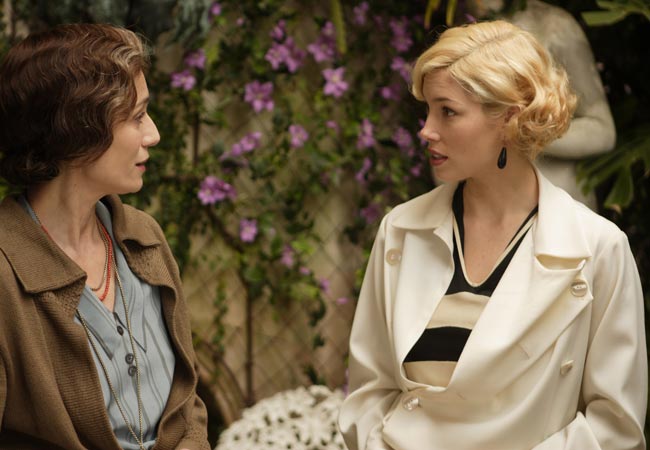 Based on a Noel Coward play, the film veers rather dramatically from its source material; however, that isn’t exactly a bad thing. The result is an engaging dramedy that leads into an unexpected, yet somehow earned ending.

At first, I didn’t like any of the characters. I even wondered why in the world I would be rooting for John and Larita as a married couple as it seemed the two had absolutely nothing in common. John’s family is particularly obnoxious, but their snobbishness really creates a great tone for some of the funniest and even most romantic moments of the film. 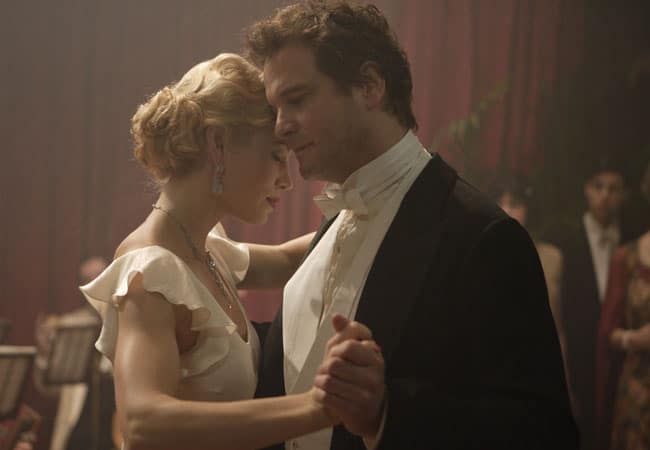 Most likable are Larita and Mr. Whitaker, John’s father. While I do feel as if Jessica Biel was miscast (she comes across a little too modern), she does a good job overall. Larita’s characterization was particularly well written later on in the film when we finally got to know her on a deeper level. Colin Firth, on the other hand, was a fantastic casting choice from the start. He plays the aged war veteran, who once suffered from PTSD and now feels out of place in what is no longer really his home, with his usual, charismatic skill. The connection between Larita and John is definitely an interesting one, and would be worth paying attention to on a re-watch. I have a particular love for a dance scene between the two of them.

Overall, if you love period dramas like Downton Abbey or dialogue driven films, then you might just enjoy Easy Virtue. It’s witty, smart, the music absolutely fantastic, the characters fully developed, the costumes beautifully crafted and just an entertaining hour and a half for those looking for something a little less shallow. You can find this lesser known period film on DVD or on Amazon Instant Video.

60shares
We use cookies to ensure that we give you the best experience on our website. If you continue to use this site we will assume that you are happy with it.OkNoPrivacy policy