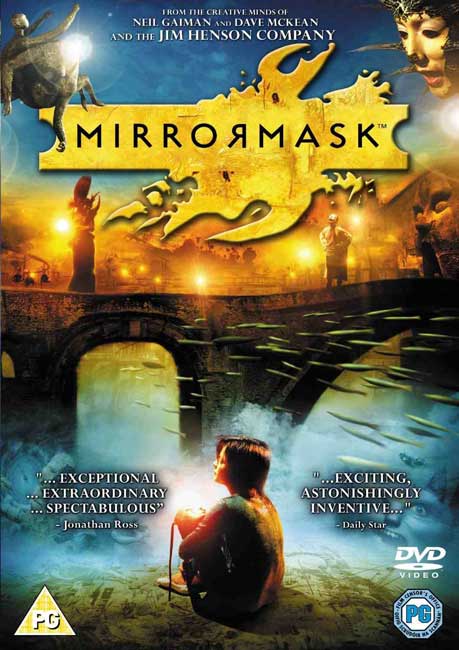 MirrorMask is an Alice in Wonderland-style tale of a girl who becomes trapped in the world she created in her drawings. The script is penned by Neil Gaiman and springs from his own personal brand of strange. He is partnered with Dave McKean as director, with whom he has worked on previous heavily visual projects such as The Sandman and Signal to Noise. This was Dave McKean’s first feature length film, having previously only directed shorts. Much like many shorts, this film is very idea heavy with a strong focus on visuals sometimes at the expense of plot. 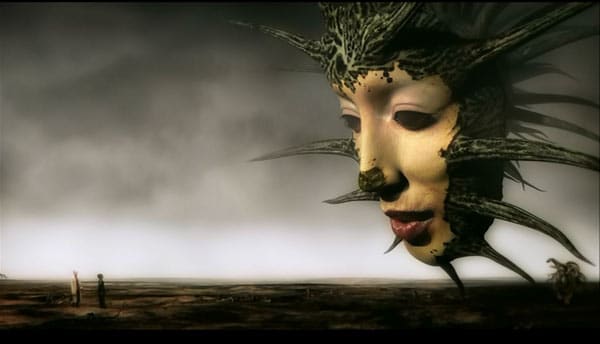 Tired of a life of constant travel with the circus run by her family, Helena uses her drawings to escape. When her mother ends up in the hospital about to undergo an operation, Helena escapes into her own world in a very literal way, much to her surprise. She finds herself in a skewed world under threat, made of riddles and dreams. She had swapped lives with a darker alter ego who is wreaking havoc in her ordinary life. With the help of an unusual cast of characters, she must puzzle out the way home and save the strange land from being swallowed up by darkness.

This is a Jim Henson film and there is certainly a unique look to the film which is quite surreal. The film uses imaginative minimalist sets and copious amounts of CGI. Instead of using expensive and time consuming photoreal visuals, the film opts for a more stylized look. This adds to rather than cheapens the strong atmosphere of the film.  It is striking and worth watching for the visuals alone, especially for fans of the surreal. 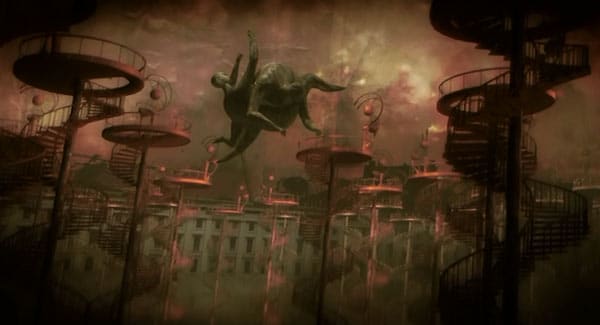 The soundtrack is similarly unusual and eclectic, helping sustain the atmosphere of the film. The score uses elements of jazz, circus music, orchestral, Eastern European folk, ethereal vocals and much more to create a bizarre dreamlike feel that matches the tone of the film perfectly.

It explores the idea of growing up and the complex relationship between a teenage girl and her mother. The alternate reality Helena enters is a symbolic version of her world with the white queen and the dark queen representing the different sides of her relationship with her mother. The dark princess reflects the selfish, darker side of Helena’s own personality. She blames herself for her mother falling ill and must journey to find the charm to wake the white queen. 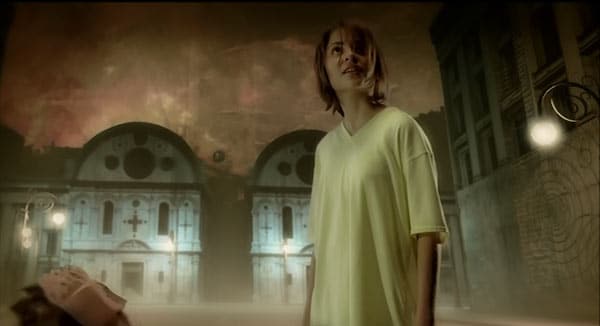 Unfortunately, this aspect of the piece takes a back seat to its strangeness. This can make it difficult to get invested in the characters. Much more could have been done by focusing a little more on the actual plot. In my opinion, the actors did well with the material they were given.

As with most films of this nature, it is not made clear whether it is real or imagined. This is illustrated by Valentine, Helena’s cowardly travelling companion. As Helena meets his real world counterpart after her journey has concluded, this calls into question its dream-like nature. Valentine is also responsible for most of the film’s comedy in a charming and flamboyant performance by Jason Barry of Titanic fame. Also watch out for a cameo of Stephen Fry. 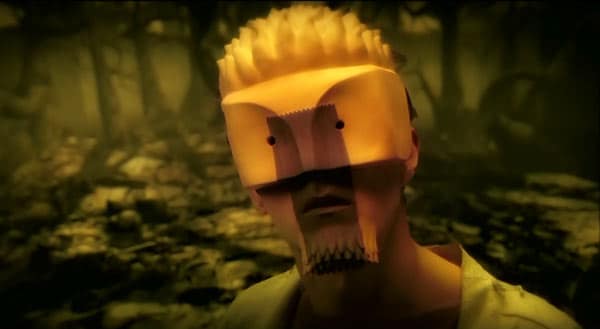 This is a film which will appeal to those who enjoy fantasy with a surreal edge – though it’s quirkiness may wear thin for those who are not interested in dream-like fantasy journeys. Mirrormask is an imaginative graphic novel come to life and a visual feast for those who enjoy the strange.