WARNING: THIS CLIP CONTAINS SPOILERS FROM NOT ANOTHER HAPPY ENDING

(This is only a part of the clip. You can watch the full deleted scene HERE.)

This week,  We Are Colony (a site that features various films with exclusive behind the scenes footage, making of documentaries, interviews and more) launches the independent Scottish Romantic Comedy Not Another Happy Ending starring Karen Gillan (Doctor Who, Selfie and Guardians of the Galaxy) and Stanley Weber (Borgia, Sword of Vengeance and soon to be Outlander) with lots of exciting content and even a couple of competitions. 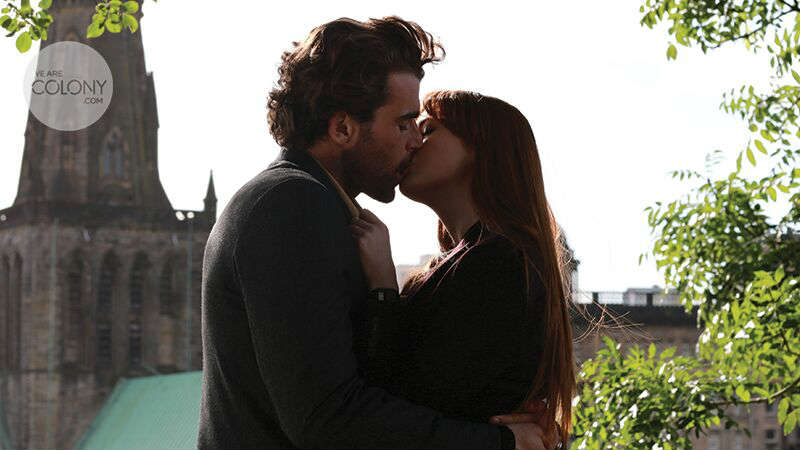 Not Another Happy Ending “tells the story of Jane Lockhart, a struggling writer trying to get her book, “The Endless Anguish of My Father” published. But with an entire wall of rejection, she’s kind of losing hope. That is until the moody French publisher, Tom Duval, offers to publish her book at his small publishing house. Overjoyed, she agrees and signs a book deal with him. The two grow very close as they prepare her novel for publication, until he publishes (without telling Jane first) her book with an entirely new title. The two drift apart despite their obviously growing feelings.

So, in a way to get Jane to finish her book before Tom’s struggling publishing company crumbles into oblivion, he comes up with a plan. If he can make Jane’s life completely miserable, then she’ll begin writing again. But his plan backfires because the more he schemes to mess with Jane’s life, the more he realizes that he’s fallen in love with her.”

You can read the rest of our review of the film here:  Not Another Happy Ending Film Review: A Refreshing Romantic Comedy

In collaboration with “We Are Colony,” we are sharing an exclusive deleted scene (as seen above) from the film. Check out the clip, watch the trailer and if you’re interested, buy the bundle. With the bundle comes unlimited access to Not Another Happy Ending and all of “We are Colony’s” exclusive extras, such as making of, deleted scenes and interviews, the script, movie stills, posters, press info and more for the film.

ENTER TO WIN A PRESS BOOK SIGNED BY KAREN GILLAN 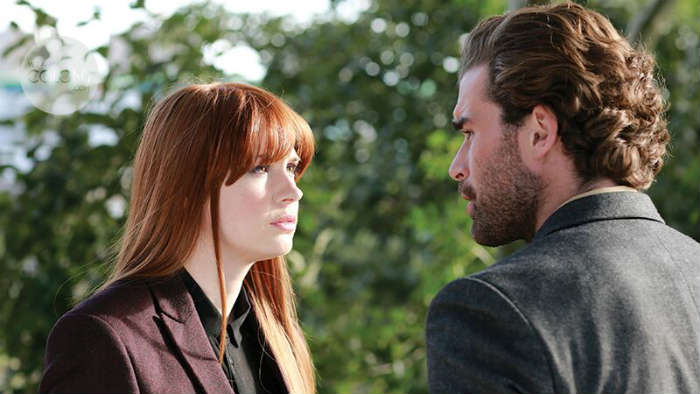 “We Are Colony” is also holding an exclusive competition to win a limited edition Not Another Happy Ending necklace designed by Bonnie Bling (and made in Scotland). On top of the jewelry, they are also giving out a limited edition press book signed by Karen Gillan! You have a chance to enter both competitions by June 21, 2015.

You can enter the competition HERE!

To learn more about “We Are Colony,” read about them on their website.

The 100 Best Romantic Comedies of All Time Part 2

Romantic Moment of the Week: Selfie – Henry and Eliza Connect Over a Trash Can?

Our romance-themed entertainment site is on a mission to help you find the best period dramas, romance movies, TV shows, and books. Other topics include Jane Austen, Classic Hollywood, TV Couples, Fairy Tales, Romantic Living, Romanticism, and more. We’re damsels not in distress fighting for the all-new optimistic Romantic Revolution. Join us and subscribe. For more information, see our About, Old-Fashioned Romance 101, Modern Romanticism 101, and Romantic Living 101.
Pin this article to read later! And make sure to follow us on Pinterest.
By Amber Topping on June 16th, 2015