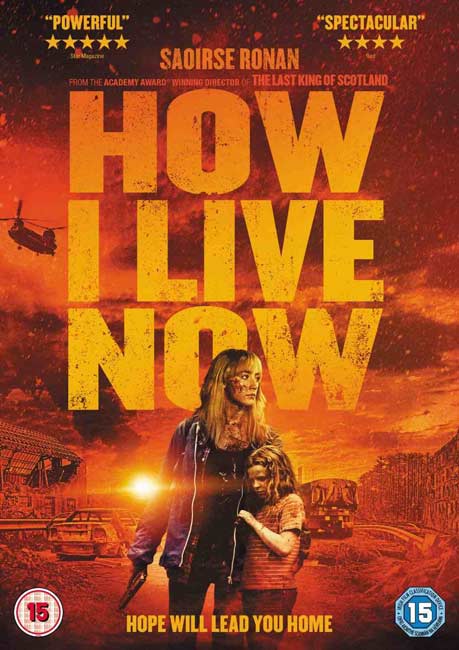 How I Live Now Review

How I Live Now is a film based on Meg Rosoff’s popular and unusual young adult novel. Set only a few years into the future, it explores the nature of war and its effect on the lives of ordinary people. It is a close adaptation of the novel with a few minor changes to the narrative. 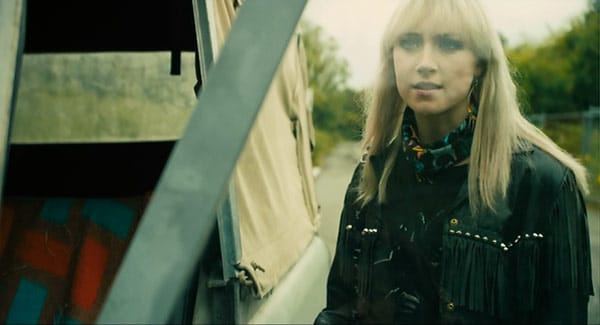 Daisy is an American young woman who is sent to live with her cousins in England after her father remarries. At first she finds her cousins too different and isolates herself. As she begins to open up, she begins to form attachments to them. For some time, there has been the threat of imminent war, but for the children life goes on. War breaks out while Daisy’s aunt is abroad leaving the children alone to face the dangers of the coming conflict. Soon after, despite their efforts to stay together, they are forcibly separated and sent to work camps by the remaining British Army. In the midst of a dangerous war-torn country Daisy and Piper, one of her younger cousins, must escape and find their way back home. 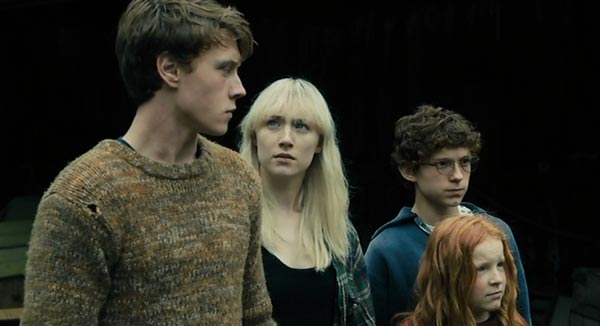 This is a science fiction film but that takes a back seat to Daisy’s internal conflict and struggle for survival which is particularly compelling. Deprived of the character’s inner monologue from the book, her character can at first seem hard to sympathise with. Daisy is a complex individual with an unnamed mental disorder which is represented in the film by use of a peculiar voice over.  I especially liked Daisy’s costume choices which really helped you to see the kind of person she was. Saoirse Ronan’s performance is perfectly nuanced; she inhabits the character of Daisy, yet again proving herself to be one of the greatest actors of this generation. The other young actors are also superb and very real. 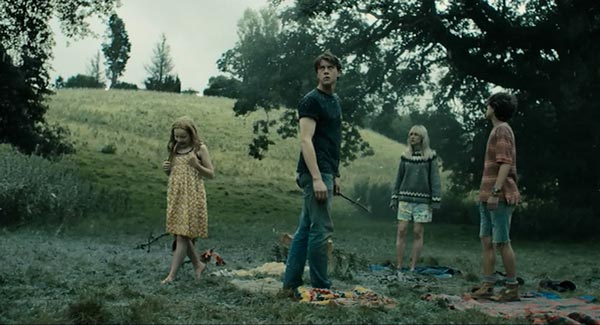 Everything about this film felt genuine. The lighting used was realistic and natural seeming, much like the recent 2011 adaptation of Jane Eyre. The sets felt very real as if this might all be happening just down the road from where I live. The director captured the feel of the English Countryside perfectly. It is real to the point of being disconcerting. To a British audience at least, you begin to feel as if it could actually happen which is not so far from the truth. As many other critics have said, the first half of the film can, at times, feel like an idealised Famous Five type universe. But this changes completely during the second half. 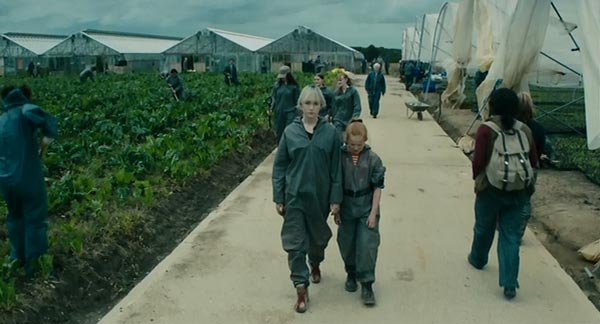 The film does not shy away from the horrors of war but much of it is implied rather than shown directly. What is shown is necessary and not overdone. What small amount of violence there is, is brief and realistic.

There is a controversial love story which was also in the book. The controversy comes from the fact that Daisy and Edmond are cousins, though the film mentions briefly that they are step-cousins who have not met previously. This may still be a taboo too far for many. It is however, a sweet romance between two young people who are cruelly ripped apart and must fight to get back to each other. 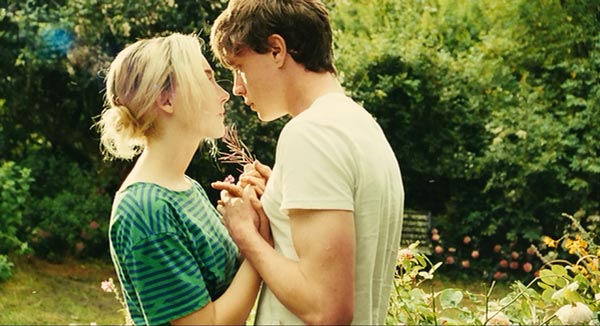 The film is beautiful in its quiet moments. But I must say that this film is dark and depressing in places because of the decision to make it realistic. I would argue though, that it is worth watching. If you do decide to see the film, I advise that you stick with it to the very end which is beautiful. Daisy’s journey and evolution of character is fascinating to watch. It’s a sensitive and important movie that deals with real issues. It also portrays what it might be like if World War 3 were ever to happen. It is certainly a film which stays with you long after watching.

Content Note: How I Live Now is rated R, containing some sexual content and one brief instance of non-sexual nudity. There are also a few instances of strong language. It is not gratuitous though.

Our romance-themed entertainment site is on a mission to help you find the best period dramas, romance movies, TV shows, and books. Other topics include Jane Austen, Classic Hollywood, TV Couples, Fairy Tales, Romantic Living, Romanticism, and more. We’re damsels not in distress fighting for the all-new optimistic Romantic Revolution. Join us and subscribe. For more information, see our About, Old-Fashioned Romance 101, Modern Romanticism 101, and Romantic Living 101.
Pin this article to read later! And make sure to follow us on Pinterest.
By Elinor Cackett on May 26th, 2015