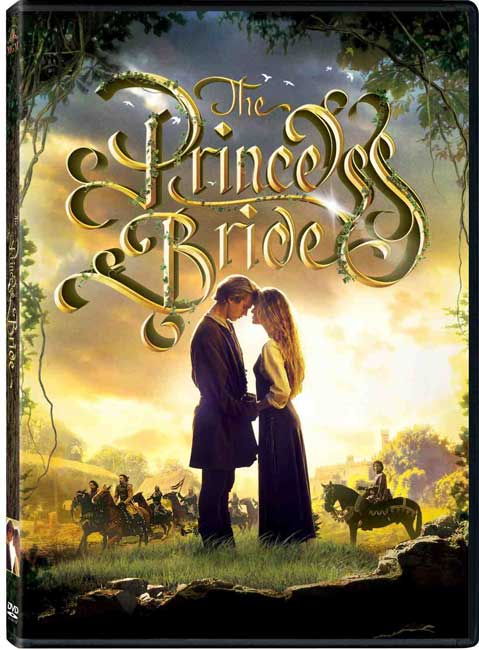 “This is True Love, – you think that happens every day?”

The first time I discovered The Princess Bride, it was as a battered second hand VHS. At the time, being a pre-teen, I was delighted by the silliness, the romance and the adventure, despite a rather boring, or so I thought, beginning. Having recently bought the DVD, I thought I would see whether my opinion would change as an adult and if it had become dated at all.

My initial thought upon rewatch was that I had forgiven too much when I had first discovered it, that the sets were obviously sets, badly painted and fake, that the acting was unimpressive and that the script was lackluster at best. However, by the time the mysterious man in black appeared it had begun to grow on me again. The sword fights coupled with banter were as entertaining as ever. They are wonderfully reminiscent of old films starring the likes of Eroll Flynn and Douglas Fairbanks.

The movie’s greatest strength is its comedy. It manages to include wit, slapstick, sarcasm, wordplay, satire, stand up and parody.  I also appreciate the numerous comedian cameos from the likes of Mel Brooks, Peter Cook, Billy Crystal and Carol Kane,  though the rest of the cast are equally funny due to the well-written jokes. Once the film gets going its script is endlessly quotable. 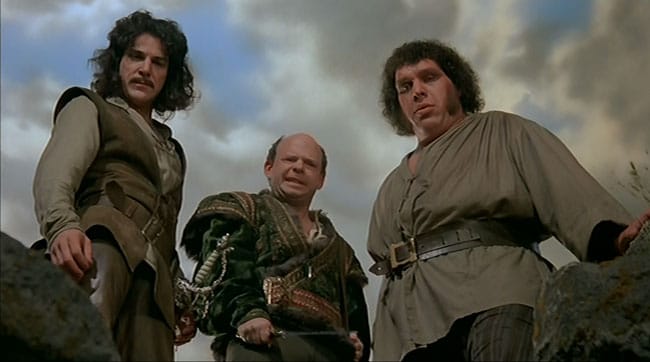 Despite this being a parody of fairy tales, the love story is still enjoyable and romantic with Cary Elwes at the height of his charm. The companions are likeable with particular commendation to Mandy Patinkin’s performance as the swashbuckling Spaniard, Inigo Montoya. Even the villain is enjoyably evil and witty. 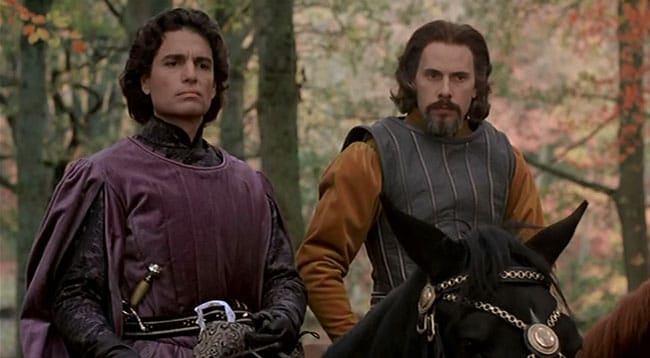 My only real problem with The Princess Bride, is the characterization of Buttercup, the supposed title character. She manages to be almost entirely passive throughout the film. The apparent twist to her character is that she is a ‘feisty’ damsel in distress, but a damsel in distress none the less. Whenever she attempts to do anything brave or shows any real agency, she is immediately punished or shown to have been foolish. For example, when she jumps into the water to get away from her captors only to meet the shrieking eels, or when she attempts to kill the man she believes has murdered Wesley only to find that it is Wesley. But mostly she just waits to be saved. I did like her as a character though, she demonstrated courage and resilience. It is simply a great pity that a film parodying fairy tales chose to play this particular trope straight. 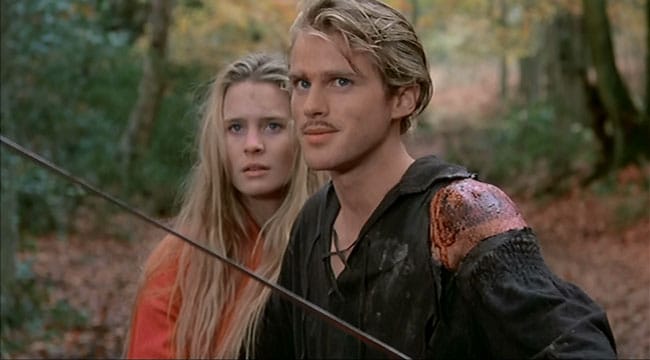 Nevertheless, the story does everything it claims. There is action, comedy, swashbuckling, romance, revenge and much more. Despite parts of the film looking a little dated, especially the Rodents Of Unusual Size and the Cliffs of Despair, the story is as fun as it always was. Actually, in a way, the bad effects add to its nostalgic charm. Much like the 1981 version of Hitchhiker’s Guide to the Galaxy. The Princess Bride belongs to a stable of films from the eighties that embraced all that was camp and hammy with mixed results. The Princess Bride, is however, a successful example.

In conclusion, after no small amount of skepticism, I was won over much like the sick child to whom the book is being read. It was enjoyable to revisit a classic and rediscover all that I liked about it beforehand.