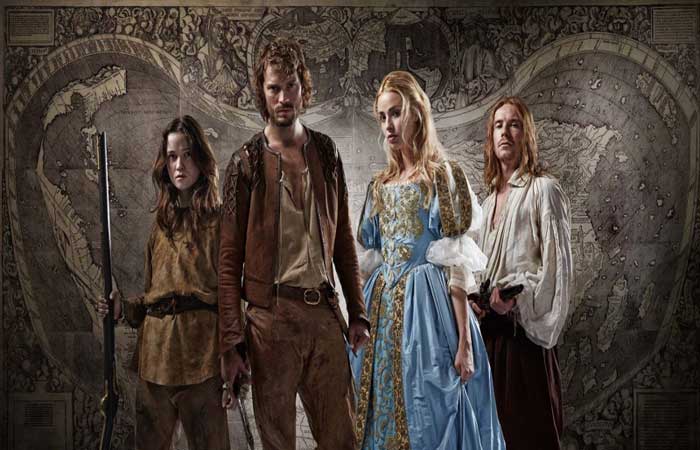 When I first heard Jamie Dornan would be starring in a period drama mini-series (I’m a Graham/huntsman fan), I knew New Worlds was something I had to eventually check out! Now that it is finally on Acorn TV (I totally recommend this inexpensive streaming service), I finally could do just that.

After Charles II (played by the always amazing Jeremy Northam) returns to power, Beth’s family is in danger. He believes there was a Popish plot to murder him, and Beth’s family just so happens to secretly be Catholic. With Beth’s mother Angelica once a radical, the crown will do anything to prove she’s guilty of treason including placing a spy in their midst. 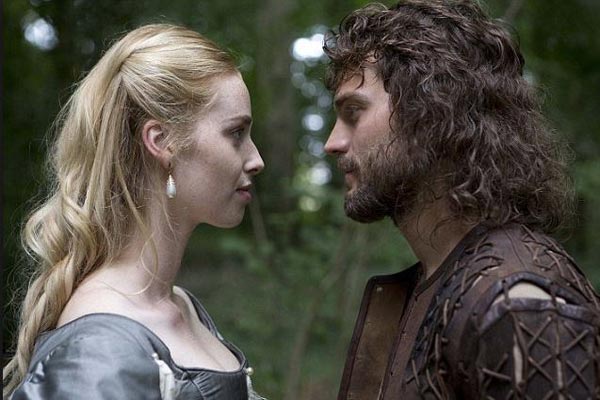 In the meantime, as Beth discovers her heritage, she gets drawn into the pathway of a criminal named Abe (Jamie Dornan), a criminal fighting for justice like Robin Hood of old. While the love story here is extremely rushed and underdeveloped, it is rather entertaining (including a kidnapping sequence). I found myself rooting for them despite the major flaws in the writing. Jamie Dornan as Abe is too adorable not to like (even though Abe’s pride will make you want to hit him over the head at times).

Over in America, Ned and Hope fall in love, but get pulled apart by circumstance. While Ned goes to England to warn Beth’s mother Angelica that the crown will soon have proof of her traitorous letters to a radical back in America, Ned’s father, being against their union, secretly keeps the two apart. 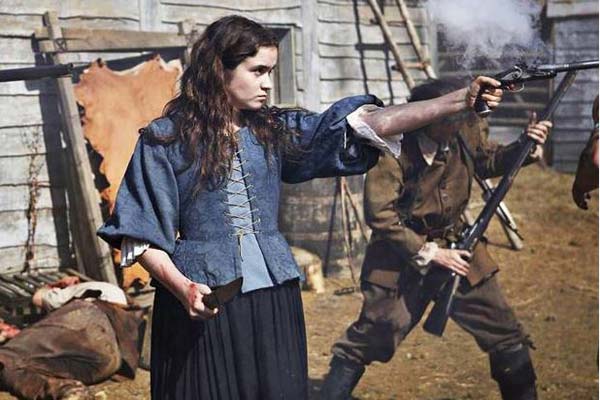 After Hope’s father dies, she is left with nothing as a woman in a community of Puritans (she a wild frontier type of woman), and feels pressured to marry and conform to what was considered appropriate behavior. Without spoiling anything specific, this plot point I found to be particularly fascinating though it also could have been developed further.

As the stories merge, you will be drawn into the sometimes historically inaccurate yet gripping tale of love, murder plots, and the beginning roots of a changing America (as a fan of Reign, I take no issue with the altered history). This being America, there is also a subplot involving Native Americans and the new Americans attempting to trick them out of their land. Sometimes, this plot worked. Other times, not so much. The reason it doesn’t work involves a major spoiler surrounding one of the main characters. Suffice it to say; the subplot became pointless, tedious in its jarring nature, and unnecessary to the story as a whole.

Overall, the intrigue of Angelica Fanshawe and Beth’s family has the most compelling story in New Worlds. As Angelica gets tried for treason, Eve Best pulls off the definitive performance of the series. If the show had focused more on her and less on extraneous plot points, New Worlds would have fared better. That being said, New Worlds is still an entertaining romantic period drama worth delving into for sure. You have romance, adventure, and youthful idealism in the four leads that will draw you into this exciting historical fiction tale. If you’re a fan of period drama or any of the lead actors, New Worlds is definitely worth a few enjoyable hours of your time.