We all know the archetypal story of an orphaned girl raised by a cruel stepfamily,  and then determined to attend a royal ball and find true love in the process. It’s a story that’s been retold and retold again, but something just keeps us going back for more.

In honor of Disney’s new live action version of their beloved classic, here are ten other awesome “Cinderella” adaptations to check out!

The original Disney animated film that helped make the ancient tale iconic to the modern age, featuring those adorable talking mice, magic pumpkins and those unforgettable songs. Can you say “Bibbidi-Bobbidi-Boo?”

A live action musical version of the tale starring Leslie Caron, focuses on social outcast Ella meeting a handsome stranger in the woods and becomes determined to meet him again at the prince’s ball, unaware of his true identity.

A gender reversed version starring Jerry Lewis as Fella, a young man reduced to working as a butler for his stepmother and stepbrothers while searching for his family’s lost treasure and finding love with an understanding Princess Charming.

Based on the best-selling children’s novel, this film focuses on a girl named Ella who is cursed with the gift of obedience by her flaky fairy godmother at birth. When her stepsister finds out about the curse (and begins abusing its power), Ella sets out on a quest to find her godmother and take back the curse. In the meantime, Ella encounters elves, ogres and finds love with the dashing Prince Charmont, whose evil uncle is trying to take over his kingdom.

#5: Ever After: A Cinderella Story

The “true” story of Cinderella is set in the 16th century and tells the story of an independent orphan named Danielle who is treated as a servant by her conniving stepmother and nasty stepsister who is determined to marry Prince Henry. Of course an “unexpected” romance occurs between the Prince Henry and Danielle, all with a little help from her “fairy godmother,” Leonard da Vinci.

This entertaining updated musical version based on Rodgers & Hammerstein’s original (and awesome) television film features powerful performances by Brandy as Cinderella (trying to escape her spiteful family), and Whitney Houston as her amazing Fairy Godmother. 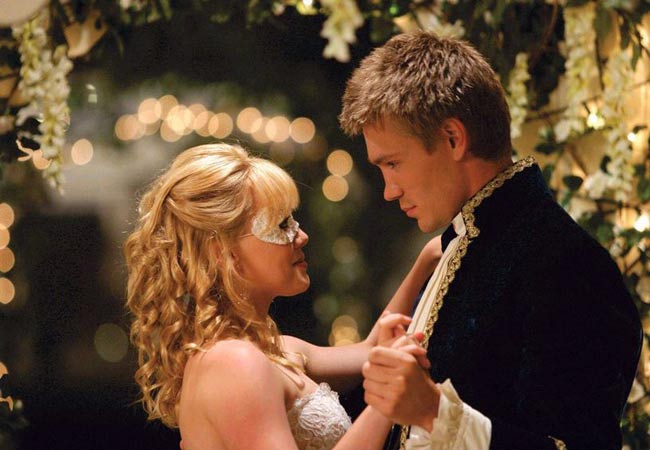 A teen retelling of the fairy tale, Sam is an overworked and verbally abused teenage girl living with her vain stepmother and ditzy stepsisters. Sam has been e-mailing and texting a mystery boy, who turns out to be the most popular boy in school. When the two finally meet at a masquerade dance, Sam becomes nervous and runs off, but instead of leaving a shoe, she leaves her cell phone, his only clue to her true identity.

Another popular teen retelling, this version stars Selena Gomez as an aspiring dancer forced to work as a maid for her stepfamily. While at a school dance, she catches the eye of a famous dancer home for a visit, and leaves behind her IPod, hoping he will care enough to locate her.

Another gender switch about a talented young performer named Charlie Prince trying to get his music noticed despite his stepfamily interfering and discouraging him. While falling for a popular female singer named Kadee, they both become determined to make their dreams come true.

A new take on the story, this musical features many fairy tale characters that have wishes that can’t seem to come true. Cinderella is one of them. Living with her cruel stepfamily, all she wants to do is attend the king’s festival. Cinderella makes her way there and dances with the prince each night at the festival, but keeps running, confused about her feelings and if this is her happily ever after.

What is your favorite Cinderella adaptation? Sound off in the comments…