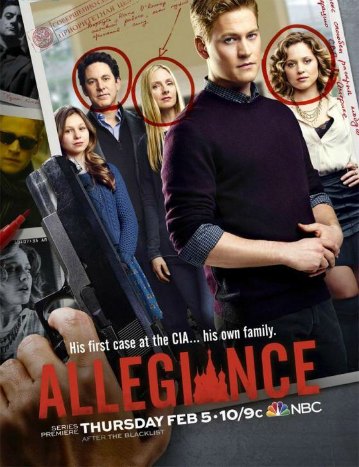 Given the rock star status of The Blacklist or Homeland, networks are trying to give audiences more of what they seem to want: political intrigue. NBC has at least two new shows that fall into that category as a companion to their popular The Blacklist. Their latest is the spy thriller Allegiance. Premiering this past Thursday, the pilot offered a great start to what could easily become a popular time slot. It’s the story of a young CIA analyst – who’s only been on the job for four months, Alex O’Connor (Gavin Stenhouse) who is asked to be a fresh set of eyes as regards a Russian defector. Possessing unique talents makes Alex unpredictable. Known for a remarkable memory and being “special” in some ways, what he doesn’t know is he’s just become the pawn in a potentially deadly game of tug-and-war.

Unbeknownst to him, his latest assignment is about to reveal something far more shattering. His mother, Katya (Hope Davis) is actually part of a former KGB cell that was deactivated years before. When she was tasked with converting his American born father as a spy, a deal was struck so they could marry and live in the states. For years, they’ve been left alone. Now the new SVR has a mission for Katya: Turn their son Alex into an asset. An important asset they hope to groom in order to use him in an attack on U.S. soil, one that will give them an “in” to the CIA. 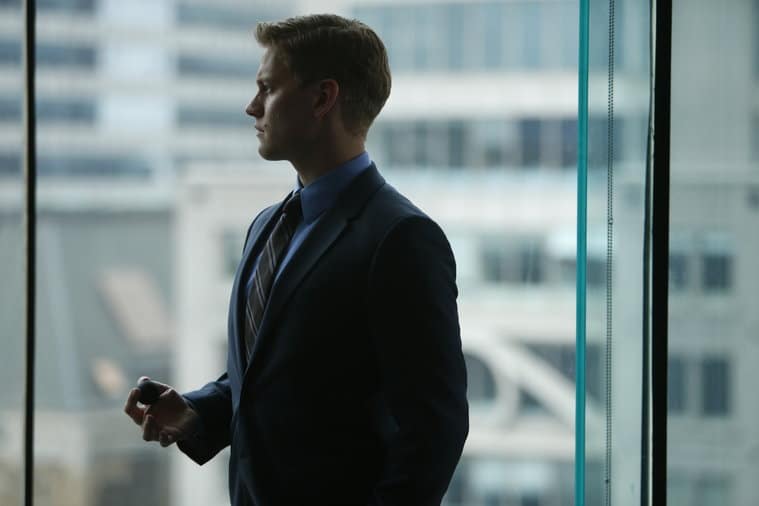 This show is putting me in serious danger of obtaining a new TV addiction. The one thing I definitely did not need, but the show is intriguing. It began not as anticipated and crescendos into what I expected. The characters are perhaps the most interesting as we’re immersed in their world and learning what makes them tick. Katya is determined not to let the KGB have her son – a very noble act indeed, but on the same token she is willing to spy on him and betray his trust. Perhaps it is the lesser of two evils, but I lost some respect for her, though do sympathize with her position as a mother. She’s not about to let anyone threaten him and that fires her belief that protecting her son – no matter the cost, is always her priority. What’s most fascinating are the dynamics of this family. Aside from Alex and perhaps his young teen sister, everyone including his grown up sister, Natalie is aware of the family’s past and in fact Natalie is a part of the Russian spy game – in some way. How is not made clear. Then there is patriotic, do-what’s-right Alex. This sets up a great plot even if it has been done before. Having not seen the show this is being compared to, for me, Allegiance was good because it was different. 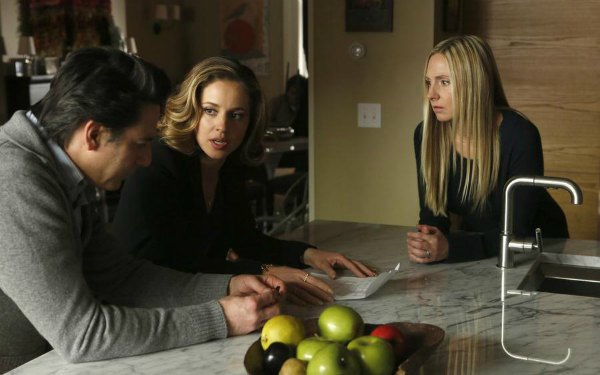 Though the pilot remains “grounded” – there are no shoot-outs or tense car chases, the teases and glimpses of what could come were far more groundbreaking than the alternative. The confrontations and tension that builds keeps us on the edge of our seat, wondering who deserves trust and who needs to be doubted. Between the Russians and his own family, Alex seems to be alone in his pursuit of doing the right thing. The pilot though complex is relatively simplified in its explanations (for now). Most of the network shows eventually take their stories so in-depth, we often forget how it all started. Whether that will keep pace or things will grow more complicated is yet to be seen. If you like political dramas, Allegiance isn’t a bad way to spend an hour. I thought it was impressive (both the storytelling and the cast were excellent) and certainly gives a whole new meaning to “family.” The relationships will be complicated not just because of the family ties, more because of the savvy cat-and-mouse game that is just beginning. A game I’m curious to see unfold.

Did you watch the pilot of Allegiance? If so, what were your impressions? Share your thoughts below.