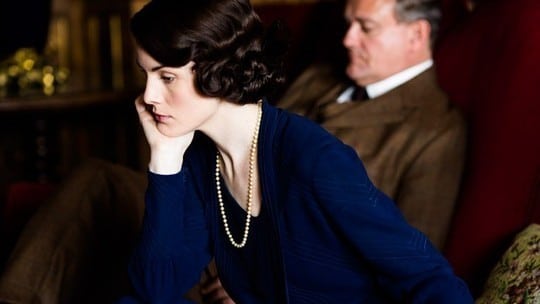 Before getting into the recap, I have to make an observation. It’s been immensely interesting (or maybe entertaining is a more apt description) to watch the change in Robert’s temperament. First his buttons were pushed by the war memorial disaster, then he was overcome with rage when Sarah Bunting sat in his home, partaking of his hospitality and insulted the only way of living he has ever known and now last night’s episode. Oh, my goodness was it a row. But I’ll let you hear about it all below – let’s get started. 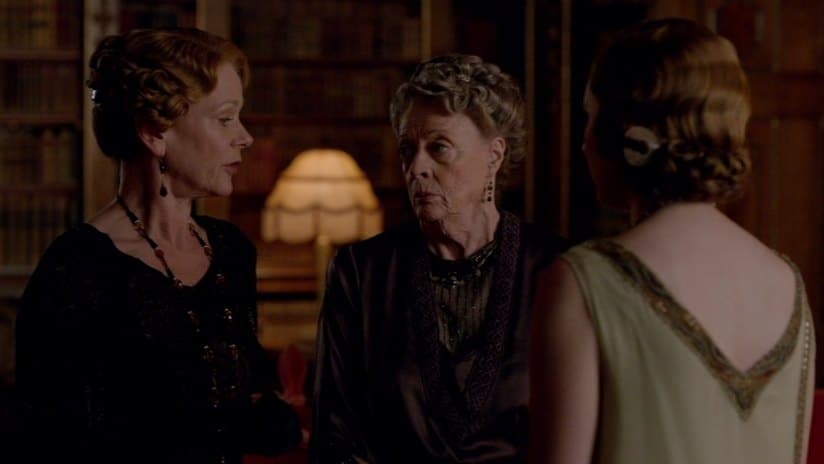 During Mary’s visit to London, Rosamund learned of Edith’s interest in a young village child whom she knows is actually Edith’s daughter. Up until this point, she’s the only one of the family who definitely knows about Edith’s indiscretion. Coming to Downton to remedy this predicament, Rosamund advises Edith to send the girl away to a good school where she’ll be well cared for, even Grandmother – who demands to know the whole truth about Edith’s interest in this child from her daughter, Rosamund. With both her grandmother and aunt seemingly ganging up on her, Edith is all the more confused as to what she should do. At this point, Edith is  a mother who has loved from afar (her longing looks at her sister’s children who are loved by family and can play together has been telling this season and in spite of her gloomy attitude, it is heartbreaking). Edith and Rosamund visit Marigold at the farm and it again sets Mrs. Drewe on the defensive, making things worse not better for Edith. She is told to stay away.

Elsewhere, Violet also inserts herself further into Isobel’s life. She ropes Dr. Clarkson into the situation as well in the hopes that the two of them can show Isobel that Lord Merton isn’t the right match for her. Isobel is passionate about caring for people and nursing, whereas they feel like Lord Merton is only feigning interest to flatter Isobel. Unfortunately for them, the plan backfires and after taking tea with the couple, both conclude that Lord Merton and Isobel are actually very well suited for each other.

Inspector Willis and the Interviews

Meanwhile, Carson has been notified that the local “bobby,” Willis and the London Scotland Yard Inspector are going to visit Downton and more importantly they wish to interview Anna and Lady Mary, something that confuses all the household staff. What does Mary have to do with the case they wonder (Thomas in particular latches onto this information)? Mary and Anna both recount their days from their respective perspectives, and Mary does mention to the Inspector that she believes Anna was shocked when hearing of Green’s death. 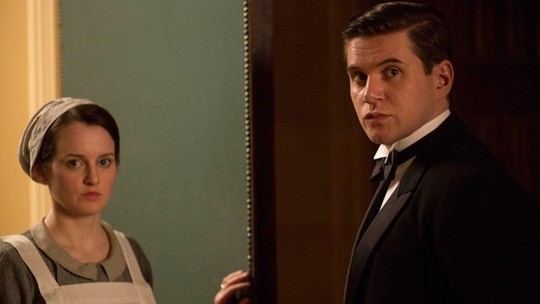 Finally the moment I’ve been waiting for happened. Tom steps up and tells Sarah it’s over. She seems shocked and asks if she did them in before they even got started, wondering if she’s made it a “them or me” choice (um, duh!). Of course, Tom rightly tells her yes she has; she’s made no secret that she detests the family, yet what she is forgetting he says is that his wife was one of them. His daughter IS one of them, and no matter their differing opinions, he does love this family. (Prior to last night, she did claim she doesn’t want Tom to “hate” his family merely remember who he is – that he’s more than that. My thought is, “Whatever. You’re trouble, lady”).

Time passes and Sarah reveals to the staff during one of her lessons that she’s accepted a new promotion away from Downton. Daisy is so distraught she bravely breaches the gap in protocol and comes to Tom berating him for driving Sarah away. She tells him that Sarah loved him and he didn’t stand up for her (again, this isn’t my opinion: Tom did believe in Sarah though in my view of things, it was her who didn’t want to try and understand Tom’s position). She continues to have a black and white opinion, which is annoying. 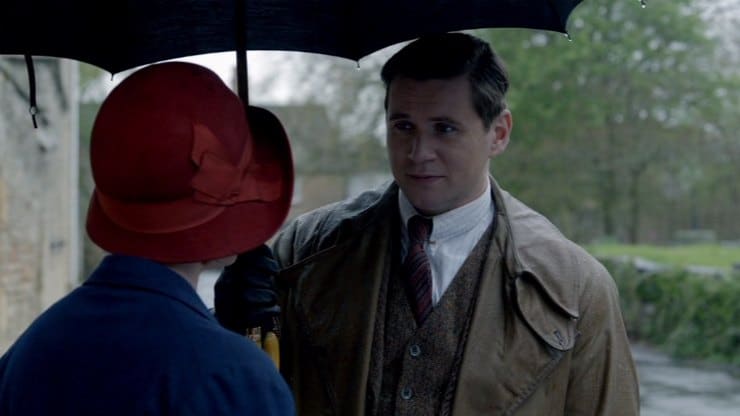 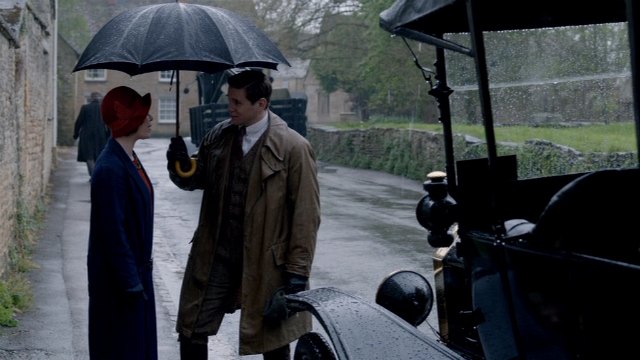 Before she leaves, Tom does take to heart what Daisy says and wishes Sarah well. He thanks her for reminding him he’s not alone in his socialist opinions, though he does still say goodbye, not asking her to stay. For her part, she doesn’t apologize for anything and does confess she could have loved Tom more if he’d have let her.

(Later on, Mary again urges Tom to make the decision that will make him happiest about whether or not he’ll leave for America and I fear, we are coming shockingly close to losing Tom to the allure of a country that isn’t dying as he believes England’s politics and the wealthier’s way of life is.)

The Plans of Three

Mary travels again to London where two things happen during her stay. First, she sees Charles Blake under the guise the two of them will be having a quiet dinner and instead she finds Mabel also dining with them. Charles believes Mabel is still madly in love with Tony and wants to put the two of them back together. Mabel is quite upset and isn’t willing to get back Mary’s leftovers. In fairness to Mary, she was as innocent in this plan as Mabel and instead it’s Charles orchestrating the plan. Mary is of course still a bit competitive and isn’t beneath pushing some buttons of her own.

When Bricker returns to Downton to photograph the family’s picture, Robert leaves for a military event and dinner in Sheffield. Expected to be away for the night, Bricker takes this as his opportunity to make a move on Cora. Not at her invitation, he slips into her room and makes a proposition that she wants this as much as he does. He sees that no one asks for her opinion or treats her as if she is expendable and believing Cora is worth more than that, he wishes to become lovers. 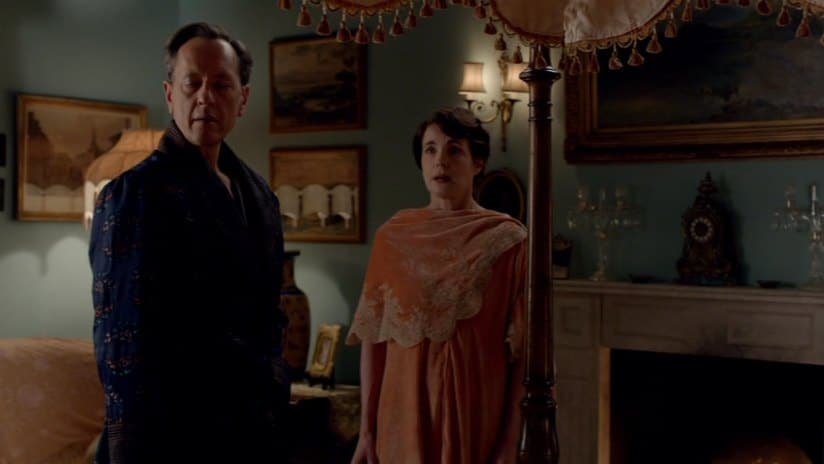 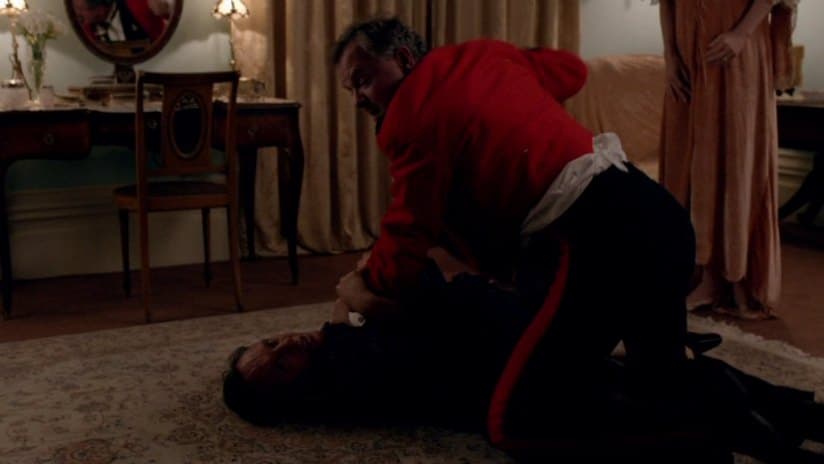 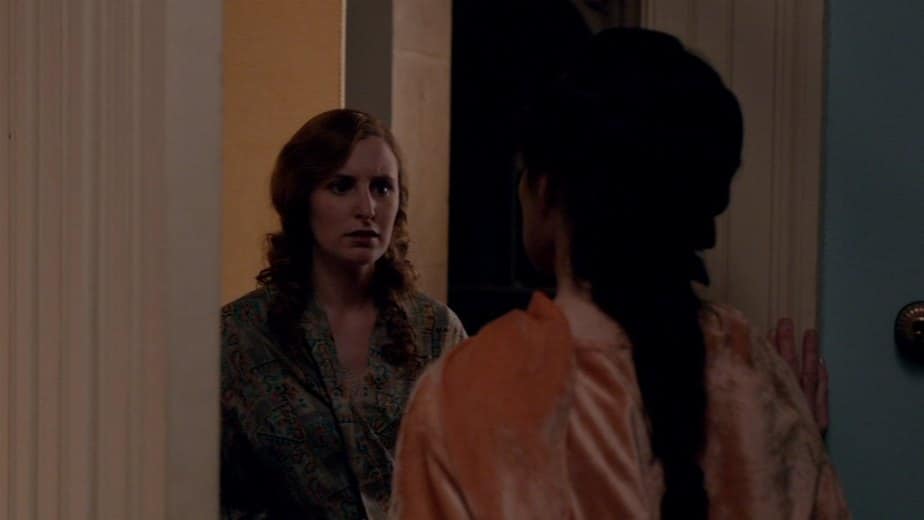 Unfortunately for Bricker, Robert’s dinner ended early. During his stay in Cora’s room trying to convince her (and not doing a very good job of it – Cora continues to ask him to leave) of this proposal, Robert opens the door to the two of them talking in whispers. Just as Bricker tries to make his exit, he taunts Robert that he shouldn’t be surprised some man would take a liking to Cora when she’s treated badly by her family. Unable to take it any longer, he throws a punch putting them both into quite a tussle on the floor. This draws the attention of Edith to her parents’ door although Cora is able to put her off. Robert keeps to his dressing room for the night. The next morning Bricker slinks off and (*fingers crossed*) his back is the last we’ll see of the scoundrel. 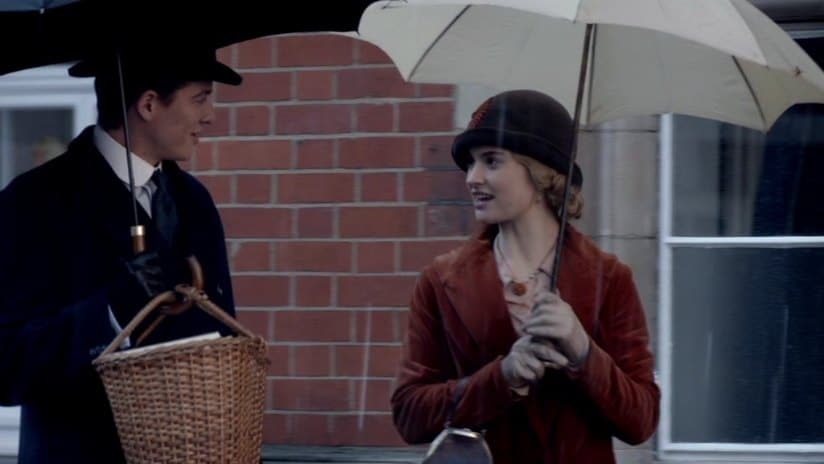 Before this wrap up ends, let’s talk about Rose. She continues to work with her refugees. Only this rainy afternoon is different. While running errands on her way to the soup kitchen, she meets the dashing Atticus Aldridge (whom Rose learns is of Russian/Jewish descent). The son of a wealthy family, Atticus is currently getting ready to start a new job in London. Brief though their time is together, both of them seem to develop a fondness for each other. In response to the good-natured teasing of her family, Rose tries to brush off their blossoming friendship as nothing. Methinks there is something more coming between the pair of them! 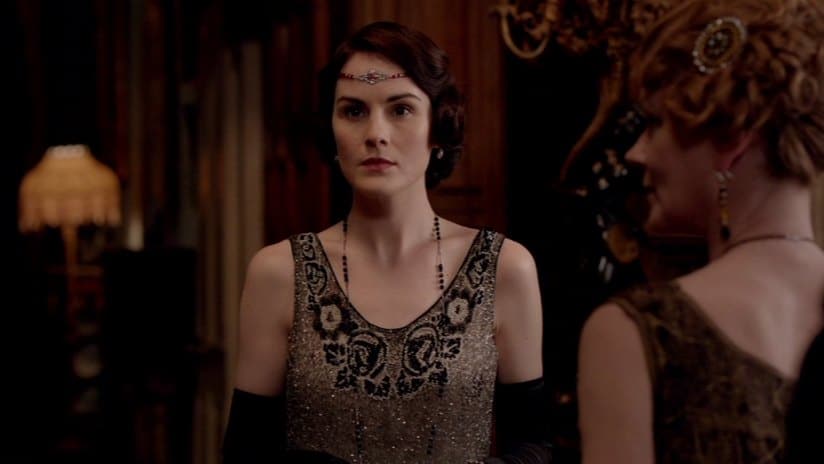 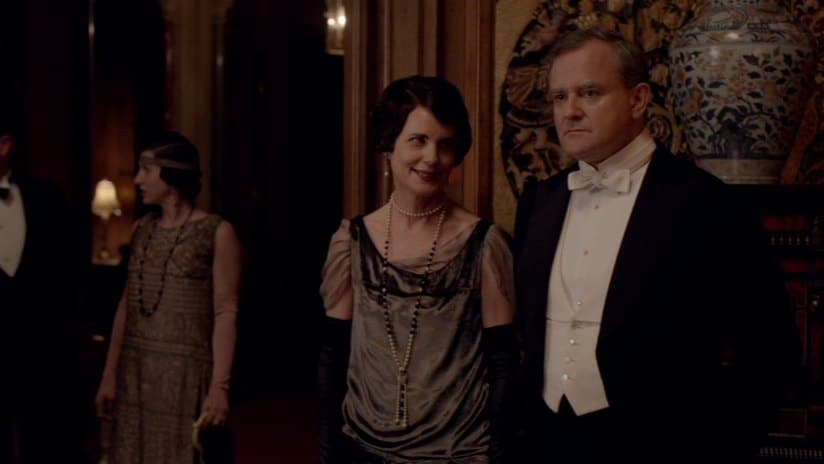 Later a cocktail party is held. The social event everyone is hosting (much to the horror of Carson who detests serving cocktails) seems to be the all-the-rage cocktail party, and Cora likes the idea for the benefit of the young people. It’s here where Robert continues to treat Cora as if she were unfaithful and their lack of communication doesn’t go unnoticed by Mary and Violet. Both women notice the chilly reception Cora is getting from Robert in spite of her attempts to make nice with him. He refuses to believe anything but the worst of the scene he walked into. Makes me wonder what’s to come of this situation? Will Robert be able to see past the illusion of what he thought he saw to Cora’s faithful character!? Here’s to fervently hoping so because little though I talk about it, I do admire these two together.

Any thoughts on last night’s episode? Sound off below!