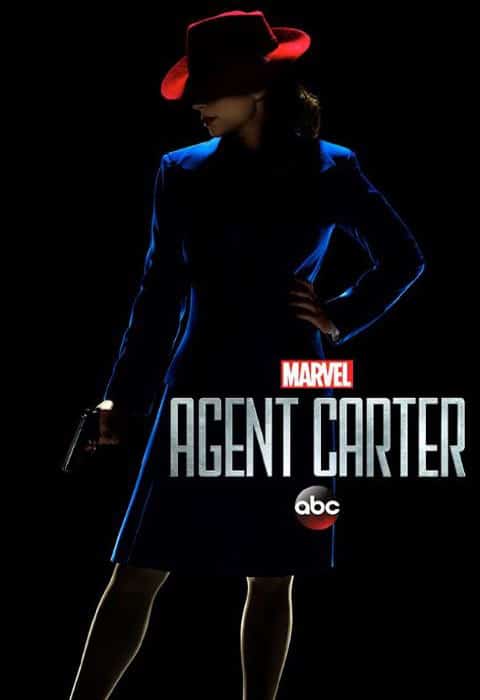 THE SETUP: A spin-off of Captain America. The show follows Agent Peggy Carter as she tries to clear Howard Stark’s name.

As a huge Captain America and Hayley Atwell fan, I went into Agent Carter with enormous expectations and for me it lived up big time.  The two-hour premiere began with an actual clip from Captain America: The First Avenger when Peggy first loses Steve (Captain America) because he sacrifices himself to save everyone. They never do get that dance he promised her after all. The included footage (thankfully they were able to show footage from the movie) really sets the stage well for this comic book/ period drama spinoff. Within the first five minutes, I knew I was hooked.

Part Alias, part Captain America, and perhaps Dick Tracy (thanks to the stylized past), Agent Carter is a fun adventure with a fabulous female lead (gorgeous curves and all) who can be both tough and vulnerable at the same time. The story follows Peggy after she loses Steve and after the war is over. She doesn’t date anymore, and she works as the only female agent with a bunch of misogynistic men that don’t take her work seriously (perfectly played for the time period). Enter Howard Stark (from the Captain America film) who has been labeled a traitor for selling weapons to the enemy. He turns to Peggy to help clear his name, all with the assistance of his butler Jarvis (played by the charismatic James D’Arcy).

While Stark goes on the run (Dominic Cooper will clearly only be in this part time), Jarvis stays behind to be Peggy’s partner. This particular partnership is pure gold and the true highlight of the series. The comradery, conversations, and chemistry between Jarvis and Carter are off the charts. Will it turn romantic? It doesn’t need to because their friendship banter is just as great. Not to mention that Jarvis keeps talking about a wife…Still, with one moment of tension between the two, I can’t help but wonder if Jarvis’ “wife” isn’t exactly as what it seems. We do know that Peggy gets married to “someone.” We just don’t know who. My vote is for Jarvis at this point. Nevertheless, wherever the romance goes, I am definitely intrigued to find out who Peggy did actually marry.

Aside from Jarvis and Carter, all the characters and performers were fantastic. From waitress Angie (this Nikita actress is sure to play a bigger role as a spy or something), the jerk Jack from work (Chad Michael Murray), to kind (and I think suspicious) Daniel Sousa (Dollhouse’s Enver Gjokaj), everyone just comes together to make for a believable spinoff of the Captain America franchise.

As a whole, Agent Carter entertains with witty one-liners, fabulous production design that brings a different period to life, hilariously sexist Captain American radio shows (that Peggy of course despises), and stylized dialogue that really sets the tone for this fun adventure. Not since Alias have I enjoyed a spy show this much! I don’t know about everyone else, but I personally can’t wait for the next installment of Agent Carter…

Our romance-themed entertainment site is on a mission to help you find the best period dramas, romance movies, TV shows, and books. Other topics include Jane Austen, Classic Hollywood, TV Couples, Fairy Tales, Romantic Living, Romanticism, and more. We’re damsels not in distress fighting for the all-new optimistic Romantic Revolution. Join us and subscribe. For more information, see our About, Old-Fashioned Romance 101, Modern Romanticism 101, and Romantic Living 101.
Pin this article to read later! And make sure to follow us on Pinterest.
By Autumn Topping on January 9th, 2015