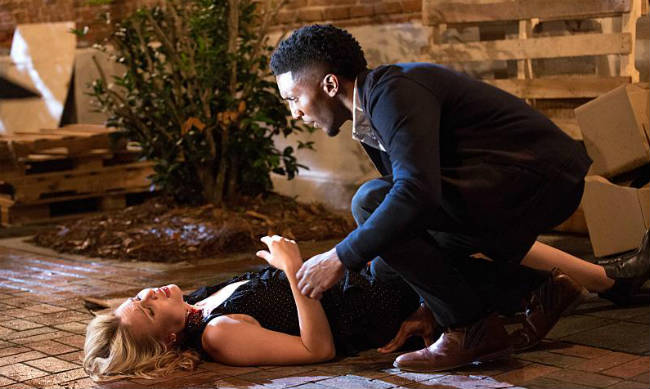 This week on The Originals, “Chasing the Devil’s Door,” the Mikaelson family dynamics continue to be explored as Klaus searches for an antidote to wake Elijah only to connect with his birth father along the way. Meanwhile, the team goes after everything Esther loves and Kol and Davina grow closer. Honestly, this show just keeps getting better and better and anyone not watching is sorely missing out!

KLAUS SEARCHES FOR AN ANTIDOTE 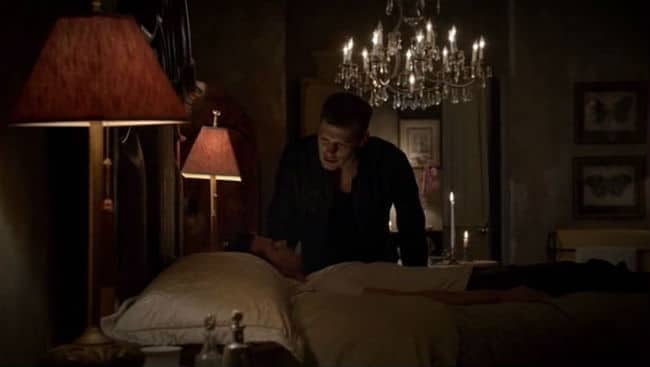 The episode begins with a dream – Elijah’s nightmare. He dreams of his younger self facing his future self as a monster. Klaus attempts to enter Elijah’s thoughts and wake him, but to no avail. Klaus recalls his mother using a rare merlock orchid as a means of putting Mikael to sleep, then again using it to awaken him. Klaus figures that the same rare plant must be in the bayou somewhere if Esther was able to put Elijah into this slumber. So he goes on a lone hunt to find this orchid to awaken his brother and save him from his nightmares.

Along the way, Klaus discovers he’s being followed by none other than his birth father Ansel. Reluctantly, Klaus accepts his help when Ansel reveals he knows where to find the rare orchid.

The two begin to bond in the woods as they find the orchid, with Ansel opening up about how he watched him for over a thousand years from the other side and still sees goodness in Klaus. Ansel tempts him with the idea of changing his form as Esther suggests – to become the wolf he was always meant to be. Plus, Ansel wants to be the father for him he never had. 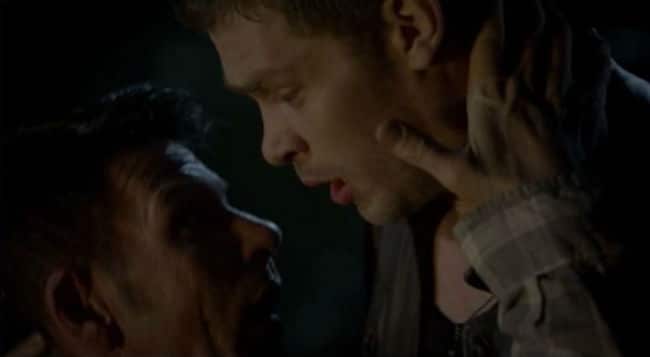 However, when Ansel reveals that he knows Hope is alive, Klaus kills him without hesitation (even though it clearly pains him to kill the only benevolent parent he’s ever had) to protect his daughter. He can’t risk this information getting out which would leave Hope vulnerable. Klaus returns with the orchid in hand and awakens Elijah from his deep slumber. He confesses what he did to Ansel, while the two brothers unite in purpose to continue to protect Hope.

THE TEAM GO AFTER FINN 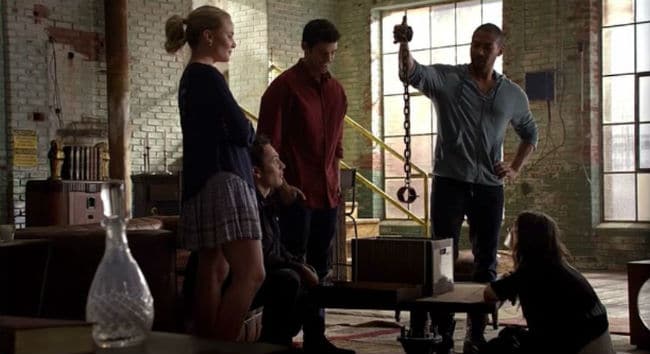 After Hayley promises Klaus not to go after Esther while he’s gone, she plans to instead go after everything Esther loves. First, she pays a visit to Jackson in the Bayou at Ollie’s funeral (that nobody showed up for) to once again remind him the wolves need their alpha. But she tells him that since he waited for her, she’ll wait for him. Hayley leaves him, gathers intelligence from the werewolf Aiden and then teams up with Cami, Marcel and Josh to take Finn down.

Their plan is to use Cami (since she believes he has feelings for her) as bait and then restrain him with a dark object which will take away his powers. Cami begins her deception by telling Vincent/Finn that she no longer wants him as her advisor because she wants to get to know him better – on a date! Finn, surprised but intrigued, accepts. Meanwhile, Esther tells Finn that it’s time for him to bring her Camille (their plan for her still a mystery). 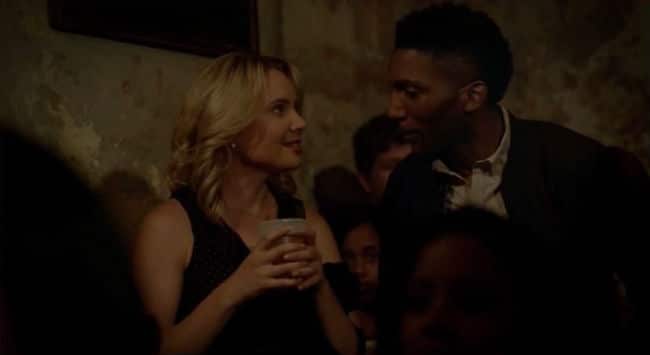 Later that night, Finn and Cami go on their date. Cami receives a call, pretends it’s for work and leaves to take it. Finn turns away for a moment, only for her to disappear. He runs out into the alley to search for Cami, where he finds her being attacked by a wolf. Seemingly upset that she’s hurt, he runs over to her aid and makes a call to Aiden, angry that the wolves have fallen out of line. When he turns around, Cami is gone.

Aiden meets him outside the church telling him that it was wolves looking to avenge Ollie’s death, only for Finn to piece together Aiden’s place in the whole scheme – since he recalls Aiden’s brother was one of the young recruits. A fight ensues inside the church with Finn searching for Camille. 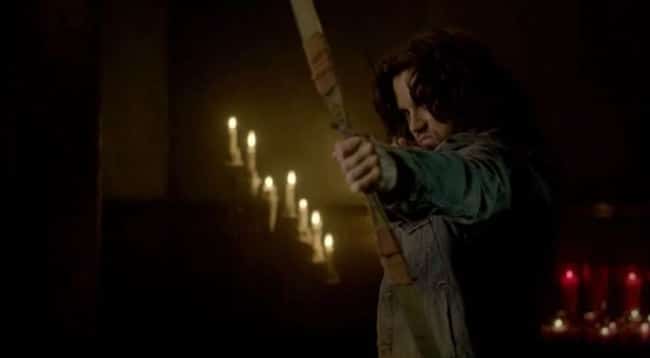 Finn fights off Aiden, Josh and then Hayley. And just as he gains the upper hand over Hayley, Jackson appears like a stud saving the day arrow and all (I’ve officially been recruited into Team Jackson – but I’m kind of Team ‘Everyone’ on this show). With Finn injured by two arrows, Cami takes her opportunity and imprisons him with the dark object.

Hayley and Jackson grow closer together as he reveals that she was better than he ever could have imagined all those years he waited for her. Is this love triangle returning full force now that Elijah’s awake? At this point, I’m all in. I love how the writers are using royal politics to tell the story of these supernatural creatures in New Orleans.

KOL AND DAVINA MAKE A SPARK 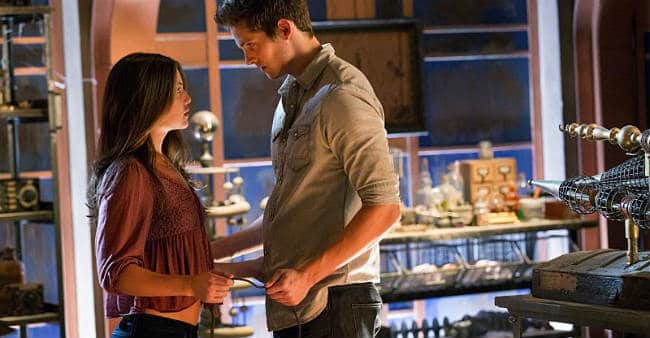 With Esther determined more than ever to move forward with her plan, Kol and Davina must move more quickly to accomplish their own plans for revenge against Klaus. So Kol takes her to the mausoleum used by him a hundred years earlier where only the blood of a Claire Witch can open the tomb.

If you haven’t been watching the extra webisodes starring Kol and Davina’s witch ancestor Alice in 1914 New Orleans, then make sure to head on over to CWTV to do that, as it’s all a perfect tie in to what’s going on between Kol and Davina, his connection to witches and his dark objects he created using an Arabian magic called Kembiya.

Davina helps open the tomb and enters a magical lab of wonder. He tells her a little bit about his past and then reveals a knife they can use to keep Klaus in a slumber, while also keeping her friends safe. The two grow closer as they use their magic as a team…even causing a little fire as they turn a rope into a powerful bracelet for Davina to wear.

No doubt these two are headed for a little romance in future episodes. But their romance is cut short for now when Marcel kidnaps Kol while Davina’s asleep; taking the white oak stake with him and leaving Davina behind to believe Kol betrayed her. 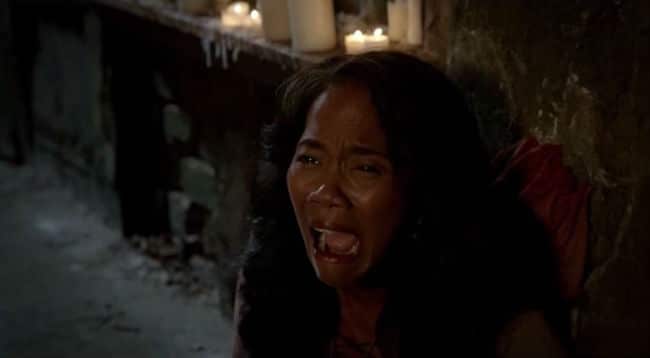 Esther returns to her “lair,” only to find Ansel dead and impaled. She screams in agony. No doubt, she’s been given a heavy blow. And when Vincent doesn’t return, she goes after Cami at the bar and attacks her with magic. 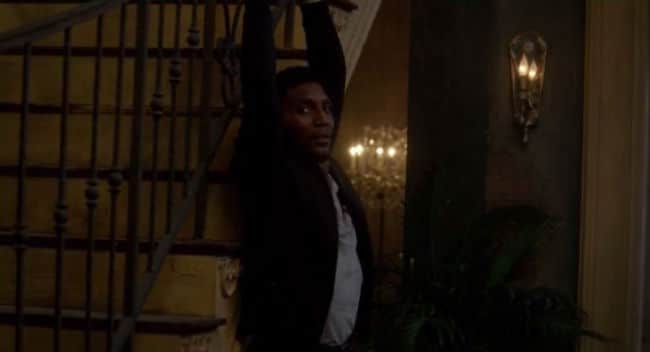 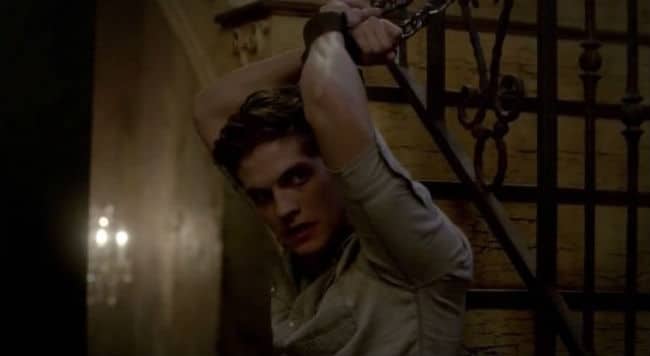 The team shows up at the Compound to give Klaus a “gift.” With a smile on his face, Klaus sees Finn and Kol in chains. Klaus and the gang have finally gotten a little ahead! 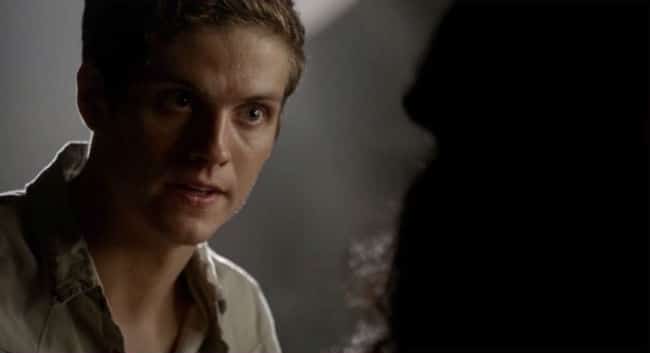 “She’s never gonna trust me if she thinks I’m just a flying monkey to the wicked witch! I’ve got it handled, Mother.”

(Kol explains his deception to his mother.) 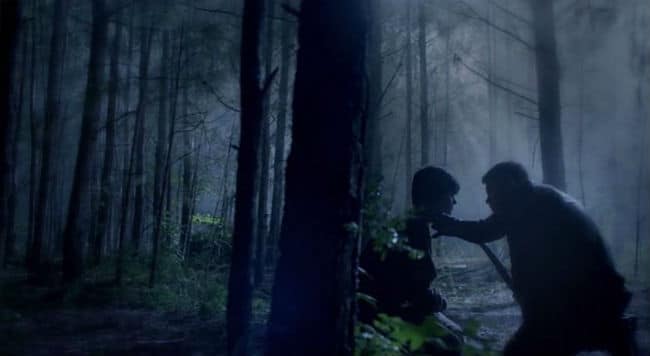 “We are the demons lurking in shadows. We are the savage villains in fairy tales told to children, but not for my child. Not for Hope. In her story, we are the knights in shining armor. Without you by my side I don’t think I can survive my own love for my daughter. I need you. I need you, brother.”

(The writers continue to use fairy tales to tell the story of this season as Klaus speaks lovingly to his brother Elijah to wake him up.)

There’s been a growing chemistry developing between Kol and Davina and this episode had a few nice moments. The two cause a “spark” when making her bracelet and hesitate to pull apart when they finish the spell. And as fun as this moment was, the actual standout romantic moment for me came later when the two have a quiet exchange of words. 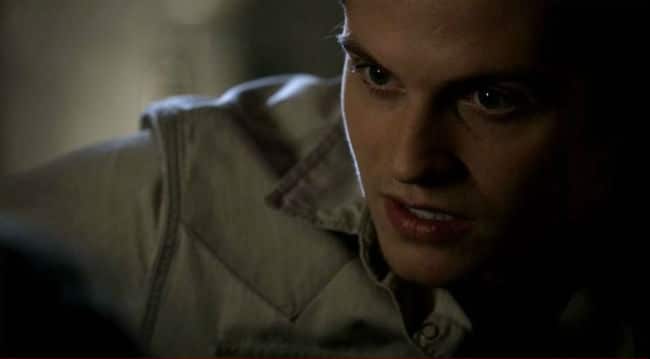 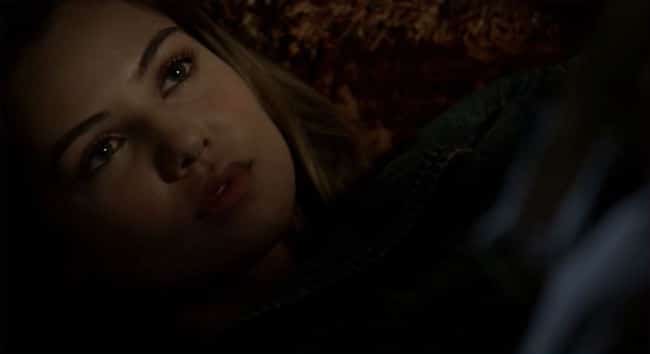 “You’re gonna like me Davina Claire. And I’m gonna let you pretend a while you don’t already,” Kol says seemingly sincere as he covers her with a jacket to keep her warm. Davina smiles in return. 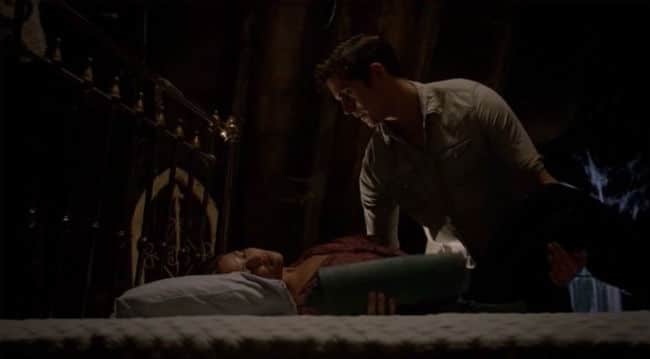 Later, he carries her to bed only to be kidnapped, putting this romance on hold for now.

We still haven’t exactly learned what Esther’s plans are for Camille or Rebekah. It seems we’ll learn all about her plans next week. Any theories?

Esther’s been given a heavy blow. Will she be able to regroup and regain her edge? Or is it all downhill for her from here?

We lost Klaus’s father pretty quickly. Do you think that’s the last we’ve seen of him? Or do you think he will find another way to return in the future?

Well, what did you think of “Chasing the Devil’s Tail?” Let me know in the comments!

Stay tuned for when I recap the next episode “The Brothers That Care Forgot.”

Our romance-themed entertainment site is on a mission to help you find the best period dramas, romance movies, TV shows, and books. Other topics include Jane Austen, Classic Hollywood, TV Couples, Fairy Tales, Romantic Living, Romanticism, and more. We’re damsels not in distress fighting for the all-new optimistic Romantic Revolution. Join us and subscribe. For more information, see our About, Old-Fashioned Romance 101, Modern Romanticism 101, and Romantic Living 101.
Pin this article to read later! And make sure to follow us on Pinterest.
By Amber Topping on November 18th, 2014

2 thoughts on “The Originals: Chasing the Devil’s Door Recap – Everything Esther Loves”