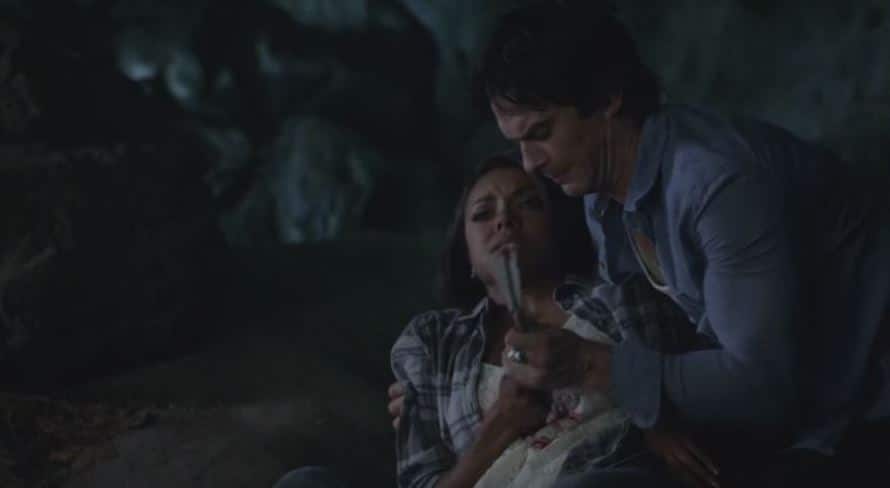 THE SHOW: The Vampire Diaries

THE MOMENT: Bonnie sacrifices her life to save Damon. 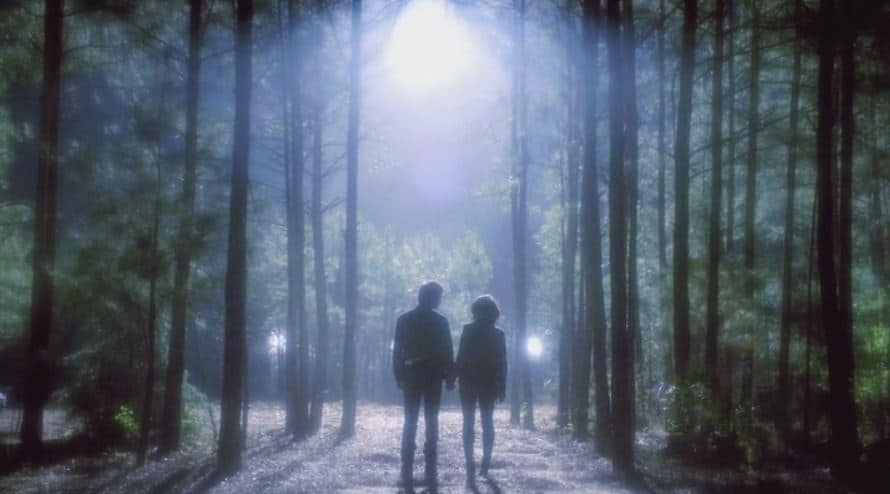 As a huge L.J. Smith fan growing up, I’ve always had a weakness for the relationship of Bonnie and Damon in the Vampire Diaries books (only written by L.J. of course).  Unfortunately, for the TV adaptation that is, it seemed as if that relationship got the cut. The focus of the TV show seemed only aimed at the love triangle between Damon, Elena, and Stefan. Now as someone who also loves Damon and Elena and their Emily Brontean all-consuming, selfish, and passionate love affair, this was fine by me (for the most part) all these years. Then, the season 5 finale happened, and I felt a glimmer of hope for the Bonnie/Damon duo. And as different as this Bonnie is from book Bonnie, I’ve liked their interaction this season just as much.

Perhaps there is nothing romantic at all building between the two (at least so far); perhaps their relationship is merely a growing evolution of a beautiful friendship. Call my biased choice this week a weakness for nostalgic book memories. Whatever the case, in a week of plentiful romantic moments (especially Klaus and Camille’s dance in The Originals), Bonnie and Damon’s interactions stood out the most because I saw a change, a change I rather liked.

In the season 5 finale, Bonnie and Damon are dead with no one else to turn to. As they are about to supposedly disappear as the supernatural spirit world disappears into oblivion, they take each other’s hands and Bonnie says: 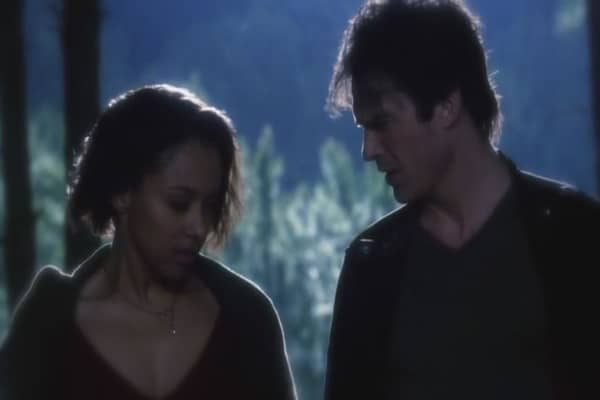 Bonnie: I’m sure there are a million people we’d both rather be with right now, but…

Damon: Couple thousand at most.

All summer we wondered where the two disappeared to. Secretly, I longed for the underworld. Instead, the two got stuck in a witch prison, a prison that looped over and over again in the year 1994. After months spending all their time together, Bonnie and Damon finally found their way home, believing the sociopath Kai (who the prison was meant for) was dead. Ready to leave this horrible place for good, they begin. Damon touches Bonnie’s hand and the ascendant object. 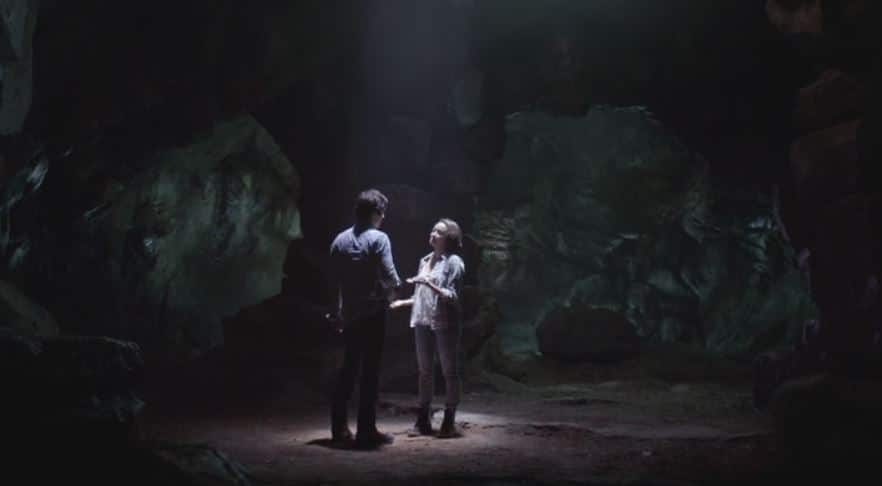 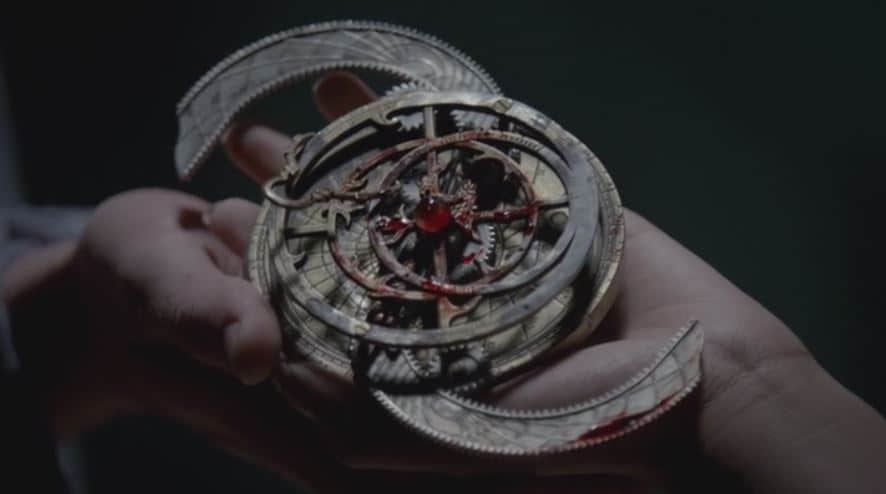 With hesitation on his face (and a look that really makes you go hmm), Damon echoes Bonnie’s words from the season 5 finale as they begin the spell to return home to their loved ones: 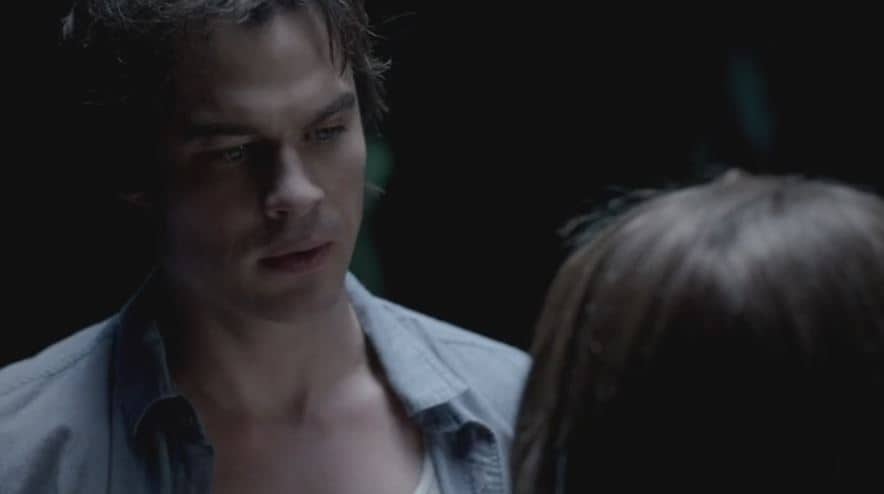 Damon: I’m sure there are a billion people you’d rather be here with. 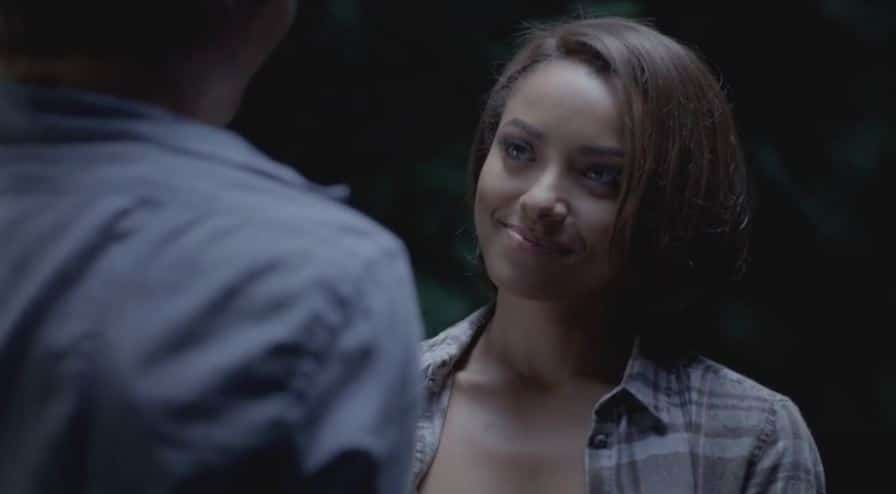 Bonnie smiles, which is a clear change in her demeanor. Over the years, Bonnie hasn’t had much nice to say about Damon. And who can blame her? Their time together has sparked a transformation however, and I’m intrigued by what this could spell for the future. Bonnie’s choice of words confirms this change as she says: 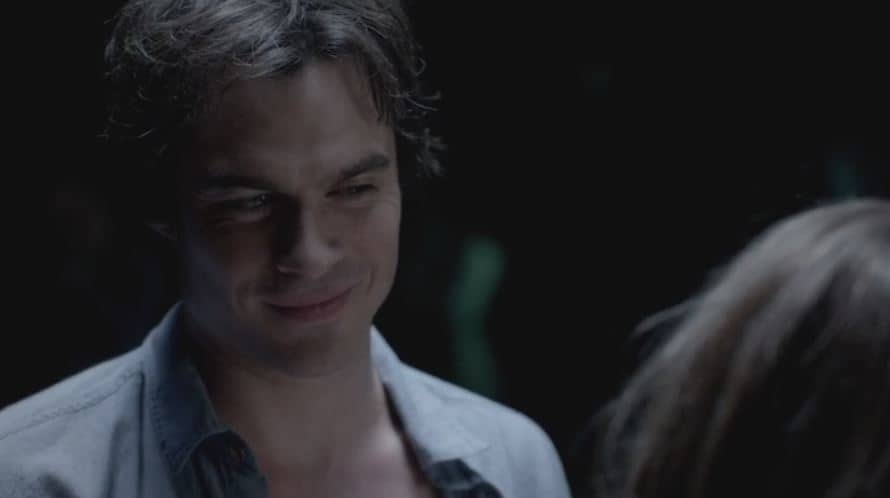 Deep down, these two were the perfect pair to find their way home and I think they know it. And just as they were about to leave, Kai arrives (it seems he can’t die) and shoots Bonnie in the stomach with an arrow.  They drop the ascendant, and Kai tells Damon that if Damon picks it up, the next arrow will shoot Bonnie in the heart. 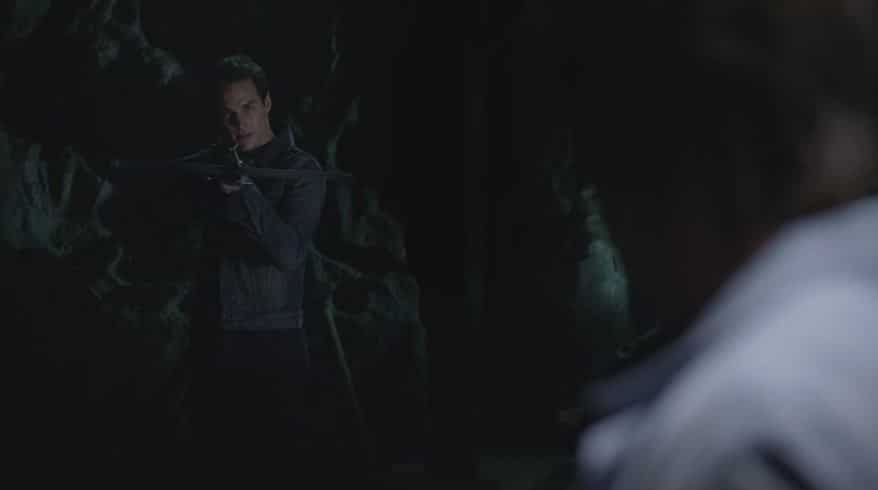 Damon chooses Bonnie, running to her side to save her. He pulls out the arrow, and is about to give her his blood, when… 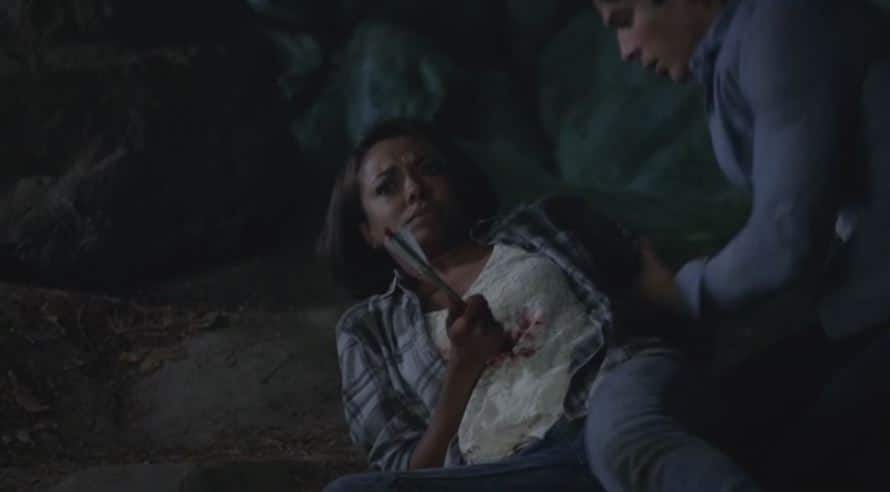 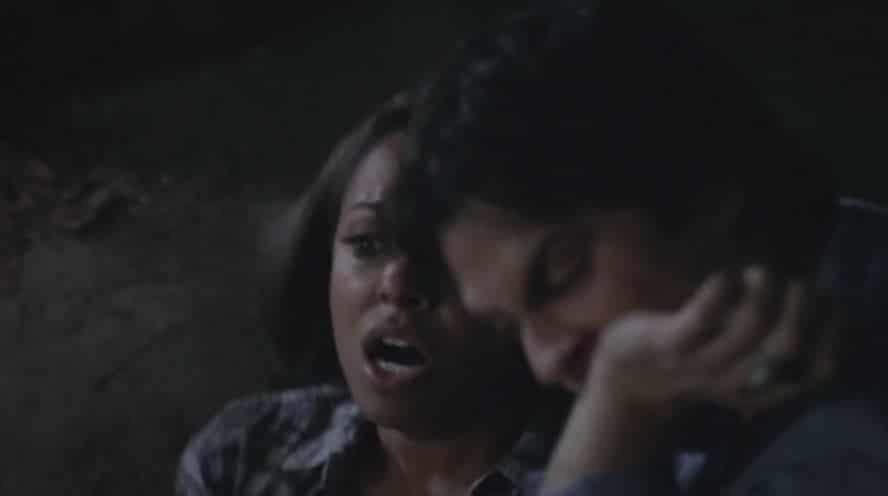 …Kai runs to get the ascendant. Damon runs after him and the two fight it out over their last hope home, Damon even getting stabbed with an arrow. Bonnie crawls forward and grabs the ascendant.

Damon: Bonnie, get out of here.

Bonnie: I’m not going to make it. But you are. 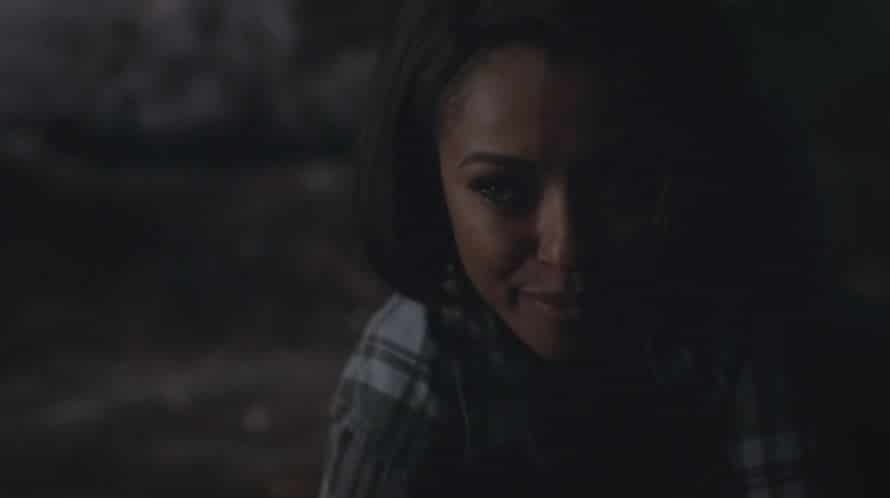 Bonnie uses her magic to push Kai out of the way and transports the ascendant into Damon’s hands. Damon, realizing what Bonnie has done, screams “No,” before he disappears into the white light. 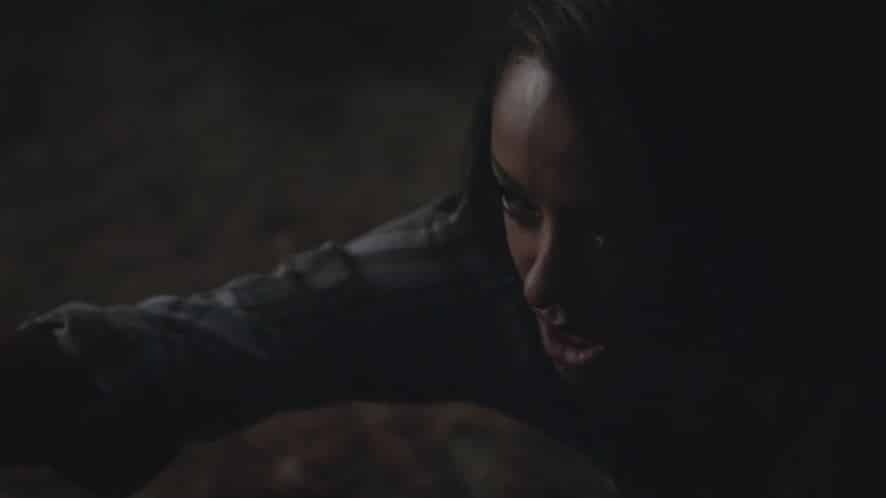 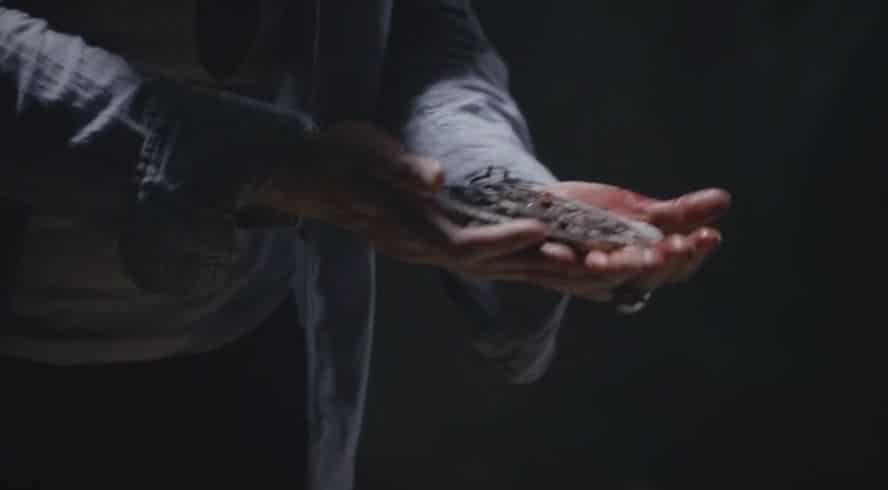 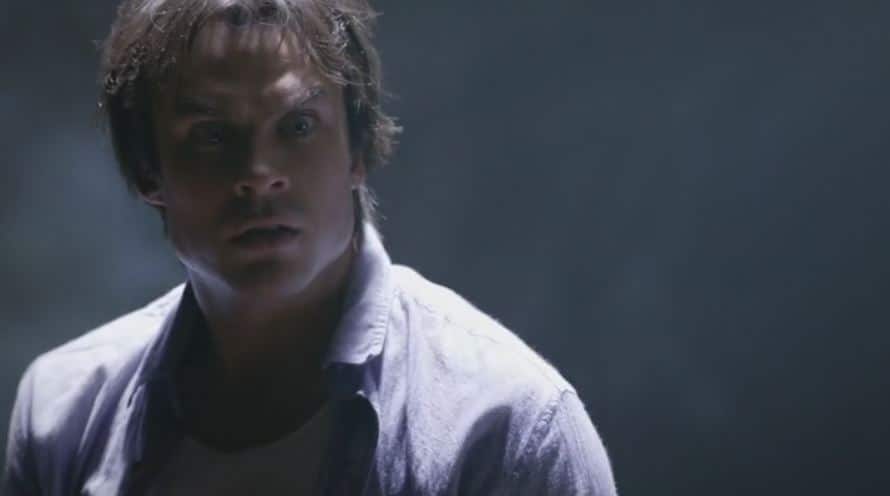 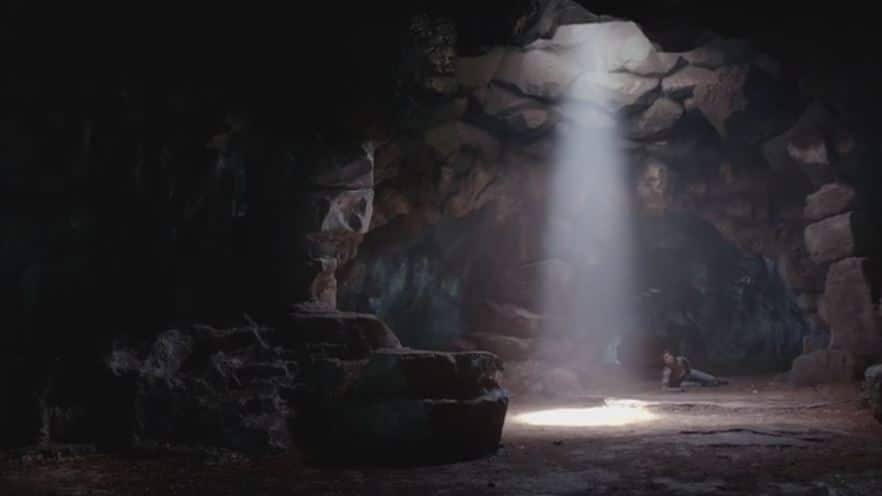 Bonnie sacrificed her own happiness, return home, and perhaps even her life for Damon, once more thinking of others before her own self. Will she die? Somehow, I think like Kai she won’t be able to in this prison…

It is also interesting to note that Damon told Bonnie to leave, also not thinking of himself in this situation. Bonnie has started to bring out a selfless side of the selfish Byronic vampire and I like it. Not to mention, I’ve really enjoyed their banter these last 5 episodes. Now that Damon is home, and by the end of the episode already reunited with his brother, I don’t think he will forget Bonnie’s sacrifice.

Throughout the show, Bonnie always does everything for everyone else, her compassion making her a doormat for her friends to use whenever they needed something (Elena and Alaric’s search happened to be all about Damon and not Bonnie). But I smell a change in the air. Now that Bonnie has sacrificed herself for Damon, I don’t think he will forget. I think Damon is going to do everything he can to save her in return. And what really is more romantic than that?

From enemies, uncomfortable allies, to friends, hopefully there’s something next in this interesting and well developed and evolving relationship between Bonnie and Damon…

What did you think of this episode? Ready to see what is going to happen next? Sound off in the comments…