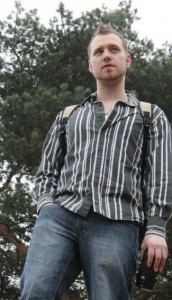 Author Dan Thompson of the new NA Dystopian novel Here Lies Love is here to tell you a little bit about himself and his book. So take a few minutes to check out his answers to our Petticoat Personality Test and find out what book he thinks should be turned into a movie! Hint…it’s a book we’re a huge fan of here at The Silver Petticoat Review!

There is always something very personal about music, isn’t there? Music talks to you, spurs you on, like the artist/band are speaking and singing solely to you. I guess it all begins when you are a teenager, struggling to fit in and find out who you are going to be. You’re not sure where your life is going and the only constant friend who can touch you is music. I have quite an eclectic taste in music. Undoubtedly some artists that will make others cringe.

In regards to my music though, there is one artist who inspired an entire story concept from me. I haven’t written the book yet. The idea and plot is hidden away in my filing cabinet, patiently waiting for me to come back to it when I feel ‘ready’ to do it justice. The singer is called Nerina Pallot – pretty unheard of, but an artist that sings with emotion and gives me goosebumps whenever I listen to her. I would definitely recommend looking up Sophia, Idaho and Grace on iTunes.

Oh yes! And my wallet hates me for it! I love to read and collect first edition hardbacks. I can’t tell you why, because let’s face it. A book is the same book no matter what format it comes in, whether it be hardback, paperback or eBook. But there is just something so special about holding a hardback in your hands, losing yourself in whatever book you are reading. The magic of it takes me away – it is a hard feeling to describe. I’ve filled up my entire bookcase actually and need a new one, but I don’t have the space!

I grew up reading Enid Blyton’s Famous Five series and I used to have to get them from charity shops and car boot sales as a kid. Now, I’ve started to collect them all over again but in hardback.

I do, and it perhaps not uncommon among other writers. But my favourite author is Philip Pullman. His Northern Lights (The Golden Compass in the US) actually made me follow my dream in becoming a writer. His effortless words and worlds captivated me. I was enchanted and it introduced the fantasy genre to me; a genre I now love and couldn’t live without. Pullman has a way of telling a story that stays with you long after you close the book.

I was unsure whether or not to include this question; I mean, who wants to read about a grown man admitting to crying over a film! But you know what, I’m not ashamed. I grew up watching Whoopi Goldberg films as my mum loves her. You get sucked in as a child don’t you? You tend to like what your parents likes because you are introduced to them all through your life.

When I first watched The Color Purple, I was blown away. I was used to watching Goldberg in comedy roles. I mean who doesn’t love Sister Act? But in The Color Purple, there are moments that really touch you. In fact there are two moments in the film that get me teary, hiding behind a pillow in case [anyone] happens to spy me.

What do you think is the best book to film adaptation?

I have to admit that I wasn’t overly keen on the book, but Ian McEwan’s Atonement made for a fantastic film. Atmospheric, edgy and brilliantly acted, I was mesmerized by James McAvoy’s performance. I was hooked throughout. I also enjoyed Arthur Golden’s Memoires of a Geisha too. The film was dark and compelling. 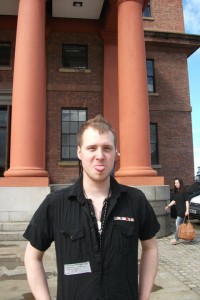 Ooooh, a tough one to pick just one! Can I be cheeky and pick a whole bunch? I grew up in love with the X-Men. Pure thrills full of action and superpowers galore. Is it embarrassing to admit my favourite was a girl? I guess most people loved Wolverine, didn’t they? But I wanted to be just like Storm – imagine being able to fly and control the weather. How cool would that be?

When I was a teenager, I was surrounded by strong female TV leads. Buffy the Vampire Slayer, Relic Hunter and Xena are just a couple, but although they may be slightly cheesy and stereotyped, they are in fact great role models for both boys and girls. They show girls that women can be strong and conquer obstacles in their path without the need for a man, and they also show boys that these women can be tough and hold their own, not be intimidated and taken for granted.

I have recently just finished reading Chrysler Szarlan’s The Hawley Book of the Dead. The central character is called Reve and she must save her three children from a fetch – a man intent on hurting her family. She defends her home and her children and that is a great example of a female character with great strengths. It doesn’t matter who stands in her way, she will keep her children safe.

I would love to see Jack Croxall’s Tethers trilogy turned into a teen TV series. Set in Victorian England, Karl Scheffer and Esther Emerson come across a bizarre journal filled with strange tellings of an otherworld artifact that draws them both into a conspiracy. It has boats, swords and guns – an exciting romp across the entire country. Well worth a read.

I have recently discovered that Danielle Trussoni’s Angelology is to be turned to a TV show too.

I am currently the last instalment in The Circle of Talia Books by Dionne Lister. It is about an impending invasion by vile creatures known as Gormons. The Talian people rally together with the dragons to fight off the invasion, but it has magic in abundance. If you loved The Chronicles of Narnia or indeed Philip Pullman’s His Dark Materials then you’ll love the world Dionne Lister takes you too. It is dark in places, full of character and plots of treasons, betrayal, love, family and survival. Great stuff!

I’d be a panda. I simply love them – cute, adorable, but strong too and can definitely do some harm when provoked. Imagine a life full of innocence and eating all day. Who wouldn’t want to leave the stressful busy notions that make up our daily lives behind? 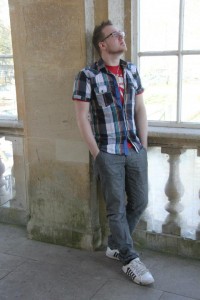 “Dan lives in Gainsborough, Lincolnshire (England) with his young daughter and his shabby dog, Skye.

He is the Author of the charity poetry book Life is all but a vast array of Colours and phobia Novella The Caseworker’s Memoirs. A YA Fantasy entitled The Black Petal will be available soon. Here Lies Love is his first foray into the NA and Dystopian genres.

A lover of YA and fantasy fiction, you can often find him writing on his blog, writing book reviews and connecting online with other writer-type people and interviewing authors. Dan grew up reading Enid Blyton’s The Famous Five series, secretly coming up with his own inventive adventures, and R.L Stine’s The Goosebump series, before turning to the works of Philip Pullman, Eoin Colfer and Marcus Sedgwick and slipping away into alternate realities. He also loves a good Historical Thriller too. Deborah Harkness, Danielle Trussoni and Dianne Gray are some of his favourite authors who write for adults.”

“Why not join me online and come and say hi? You can find me at the following places.” 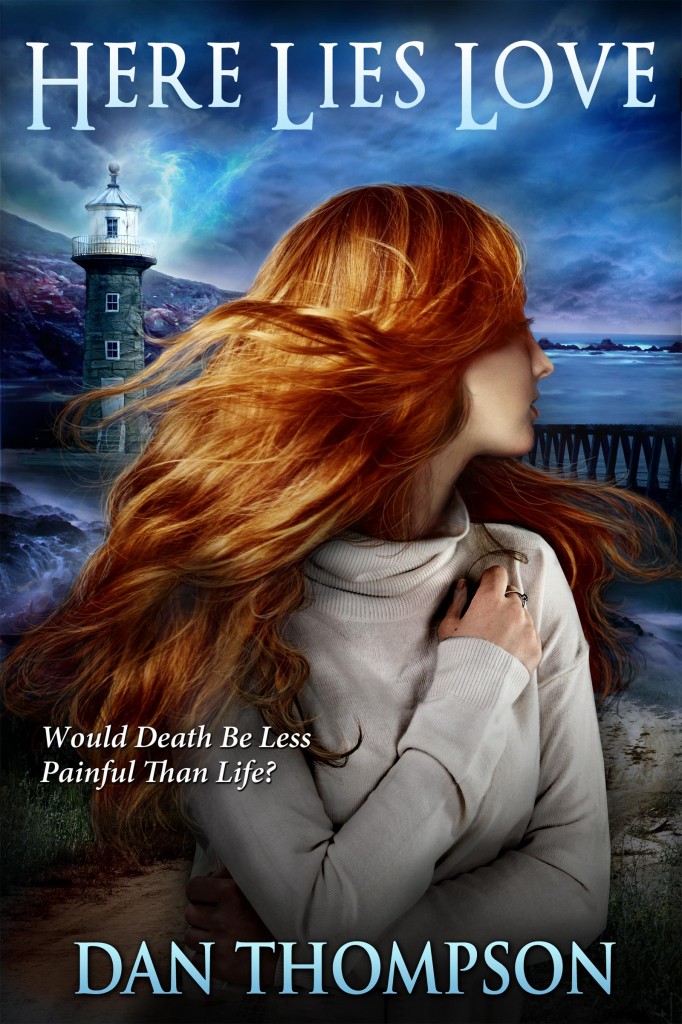 “When she is sold by her father, Abbey discovers that nightmares can occur when you’re awake. Trapped inside a wooden cage, Abbey is forced to listen to the horrors and atrocities above; time ticking down until it is her turn. But Abbey isn’t prepared to become a victim; she will escape.

Although, what Abbey isn’t prepared for, is how harsh and unfair the world can be. With the sun turning its back on humanity long ago, life gives no opportunity. The only thing Abbey can do is learn to survive. To exist. And that means stealing any opportunity that comes her way. Haunted by the unpleasant memories bestowed upon her only nurtures Abbey’s paranoia, until she realises that to truly live in the world, she must confront the person who was responsible for her misfortune – her father.

Here Lies Love is a New Adult tale of actuality, of facing up to the fact that love comes in many guises. Can Abbey find the one glimmer of the hope or will she be overcome with the darkness of revenge?”