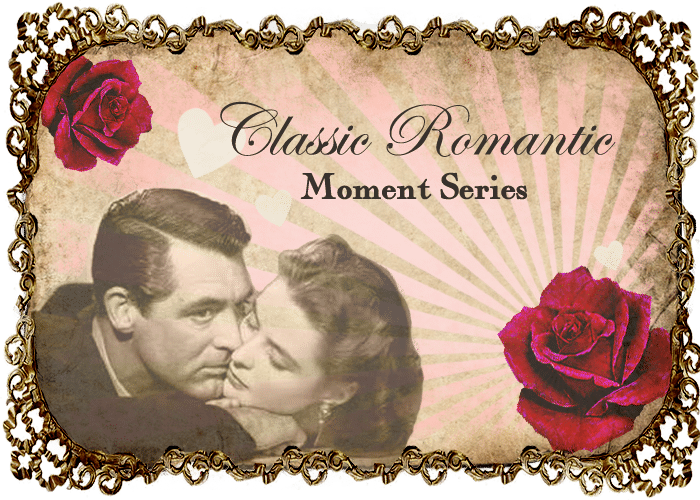 THE CLASSIC MOMENT: Max shows up at the Christmas service to tell Liz he believes in her. 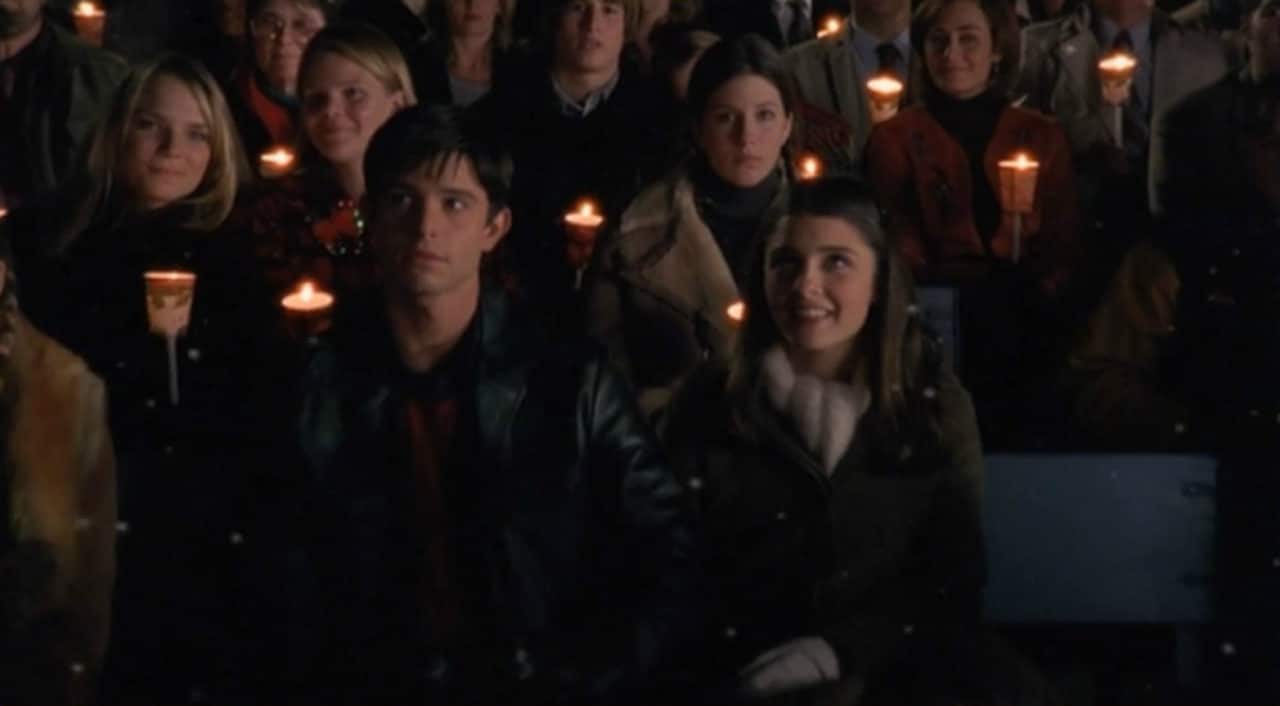 Liz and Max celebrating Christmas together in “A Roswell Christmas Carol.”

Since it’s the holiday season I thought this week I’d turn to the past for a Christmassy romantic moment. That said picking just one is not an easy task as there are so many great Christmas films (It’s a Wonderful Life for instance) and TV specials with memorable romantic moments. From the entire movie of Love Actually, to the proposal in While You Were Sleeping at the train station, Edward Scissorhands carving snow for Kim, Cameron Diaz learning how to cry in The Holiday because she falls in love with Jude Law, to even the Doctor and Rose in The Christmas Invasion as they start to fall in love all over again.

But there’s one moment that is particularly nostalgic to me. And that’s the end scene from Roswell’s second season episode “A Roswell Christmas Carol.” Roswell was my favorite show for the few short seasons it was on and I looked forward to every episode about the Romeo and Juliet story between Max and Liz. Star-crossed love between an alien and a human girl with fantastic writers running the show such as Jason Katims (Friday Night Lights, Parenthood) and Ronald D. Moore (Battlestar Galactica) you just couldn’t go wrong. It’s rumored that at that time, the pilot was the highest testing episode 20th Century Fox had done up to that point so it’s surprising they didn’t actually pick it up. The show eventually found its home at the WB and while it didn’t have huge ratings, the series gathered a large cult following (with the fans helping get a second season for the series by sending Tabasco sauce to the network). 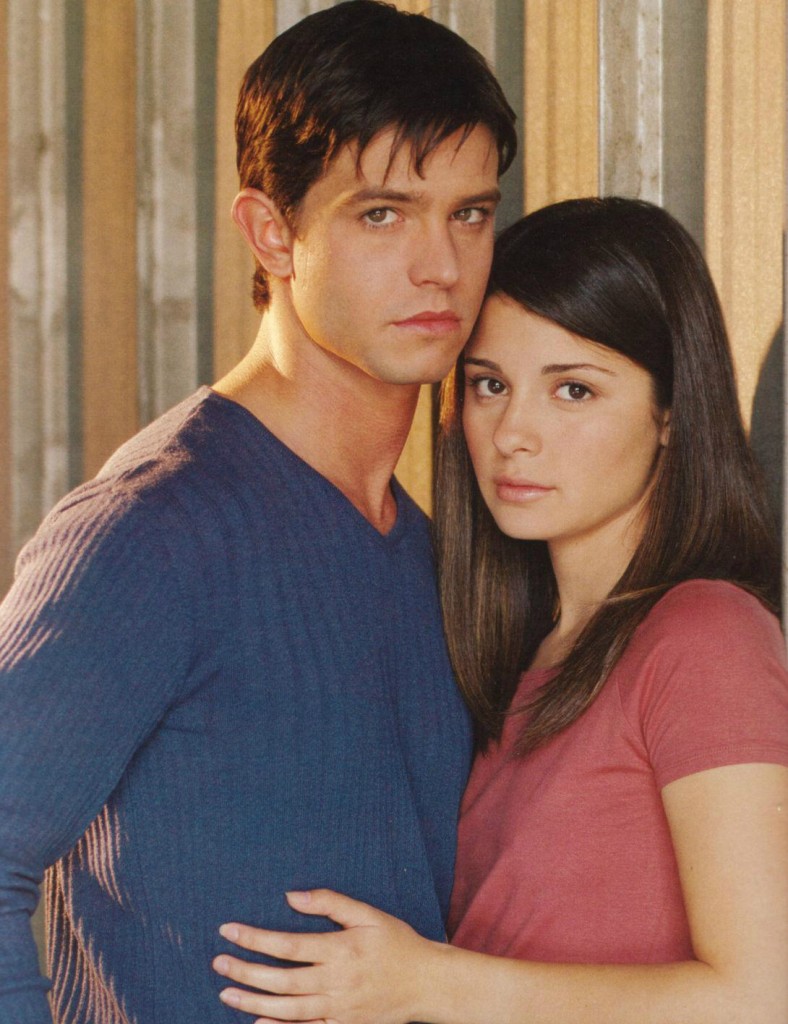 All these years later, the show still stands the test of time with “A Roswell Christmas Carol” as one of the best episodes. Its Christmas time and Max, who has the ability to heal others, witnesses a father die saving his daughter. With all of the witnesses present Max chooses to not heal the father so as not to expose his secret. Soon, he finds himself haunted by the father who blames him for not healing him.

Eventually, to make up for it, Max and Michael travel all the way to Phoenix to heal the daughter of a friend who has cancer. 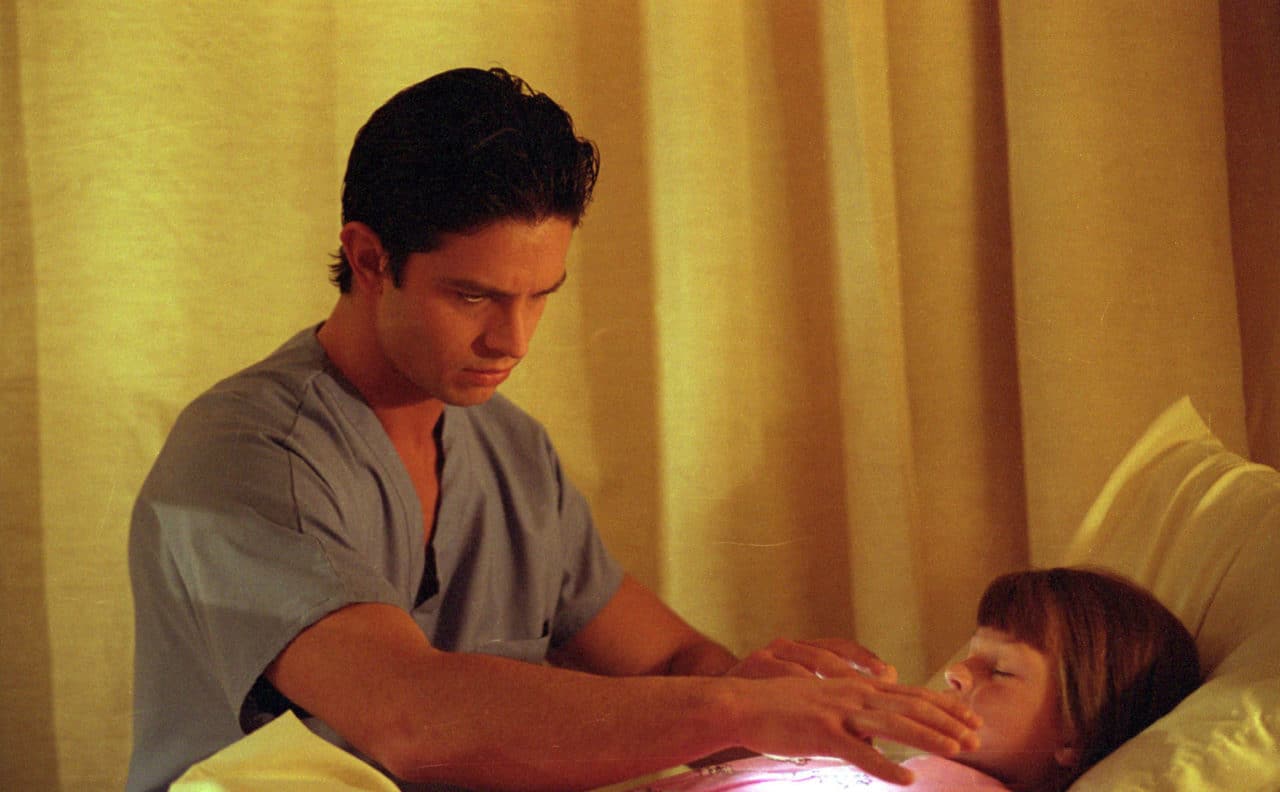 Seeing all of the other children dying, Max goes on to save as many of the sick children as possible with his gift. The episode is all about faith, family and of course romantic love.

Toward the end of the episode, Max goes to see Liz as she gets ready for the local church Christmas Service which Max has no intention of attending making him a little bit of our “Scrooge” if you will, despite his heroic adventures to save all the children. And in relation to saving all of these kids, as much as Liz is touched by what he’s done, she gives him a warning.

“As beautiful as that is, Max, you can’t keep doing it. I know it seems like there’s no reason for those kids to have cancer or for a father to get killed saving his child, or for any of it, but maybe there is. Maybe there is someone or something out there that’s planning all of this. And maybe you have to respect it. You’re not God, Max. You’re the one that told me that.” 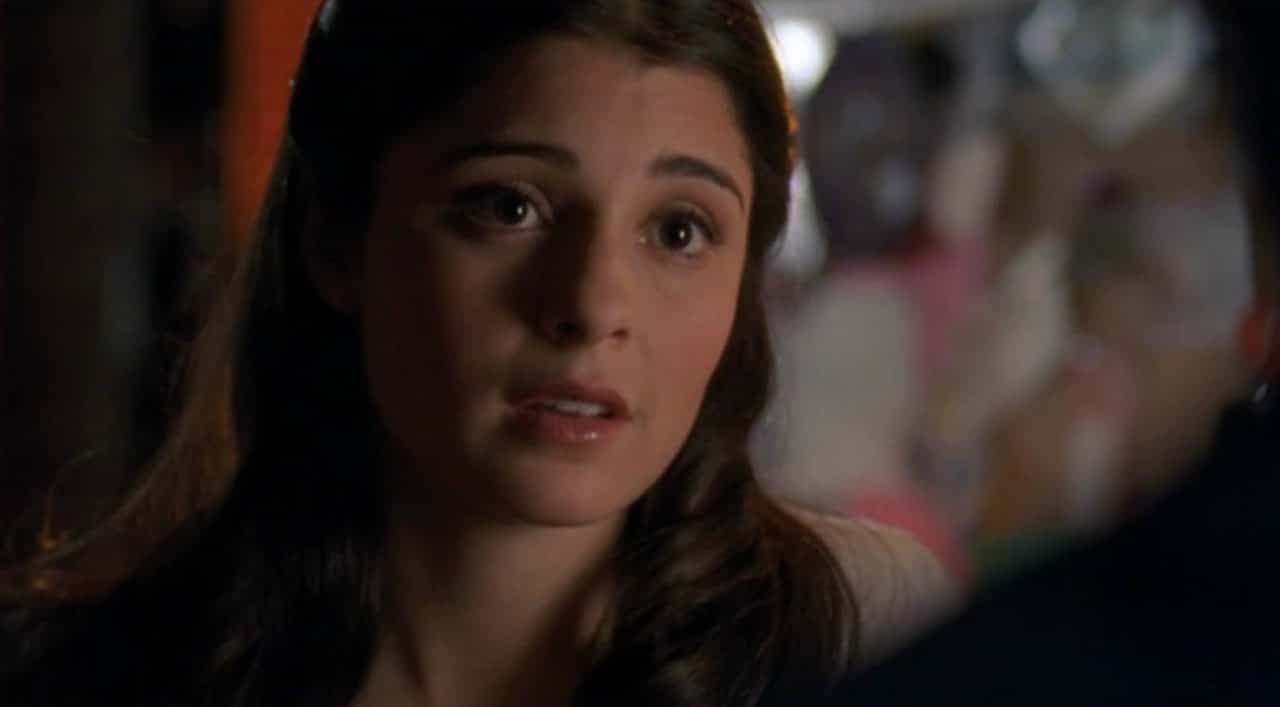 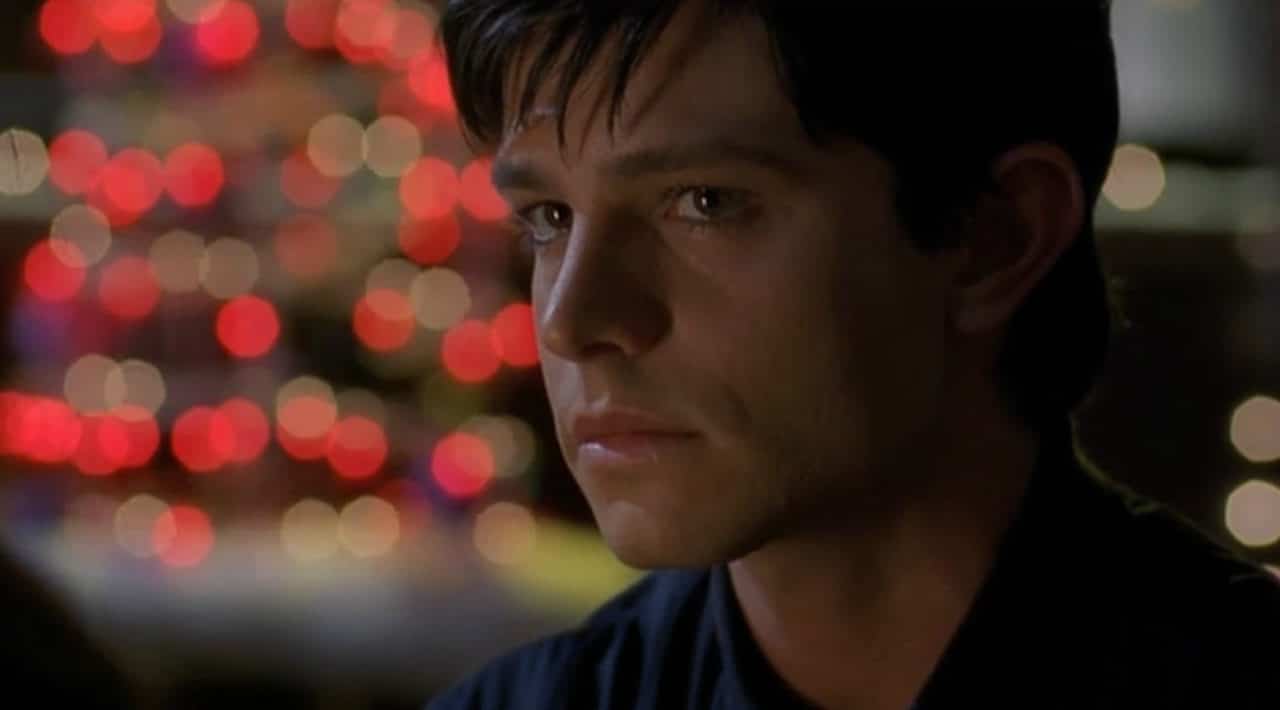 Based on his expression, it’s obvious they don’t completely see eye to eye here, but they love each other and she wants his support.

“Will you come to midnight service?” Liz asks hopeful.

Liz can’t hide her disappointment, but she does her best to cover up her feelings. 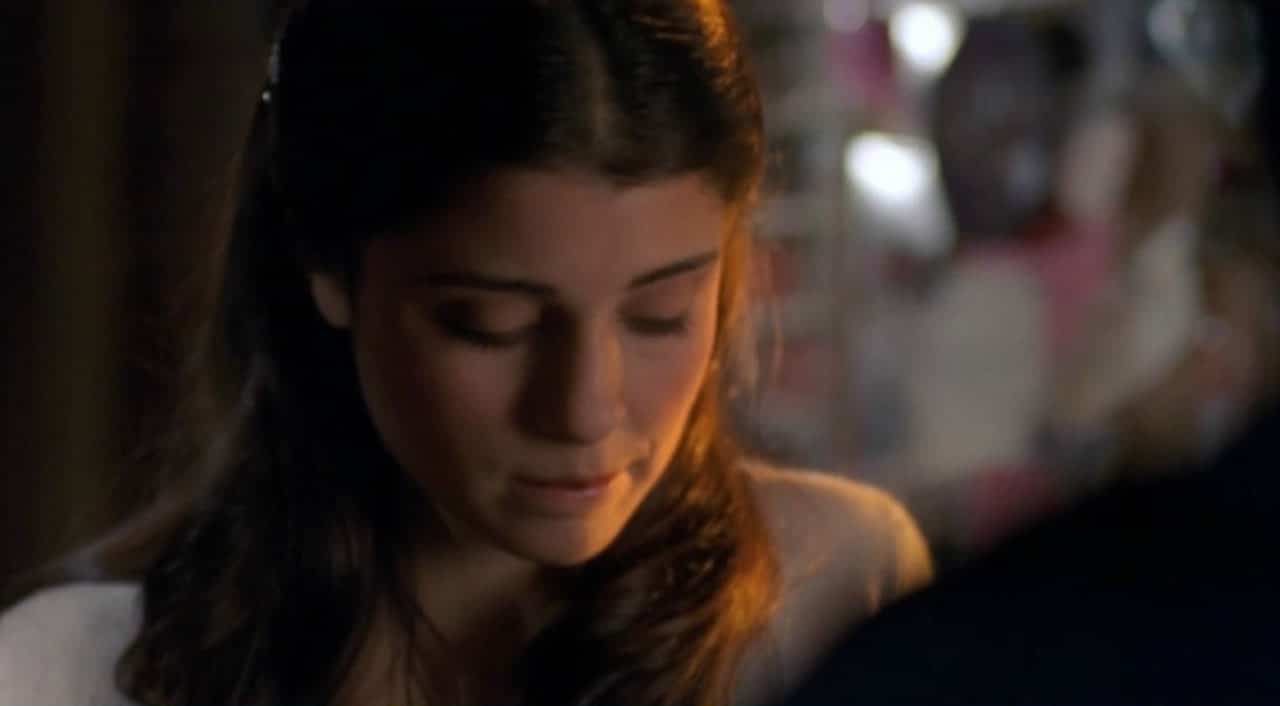 “Merry Christmas, Liz.” Max says before he leaves knowing he’s let her down.

Waiting for him to be gone, Liz returns the sentiment. 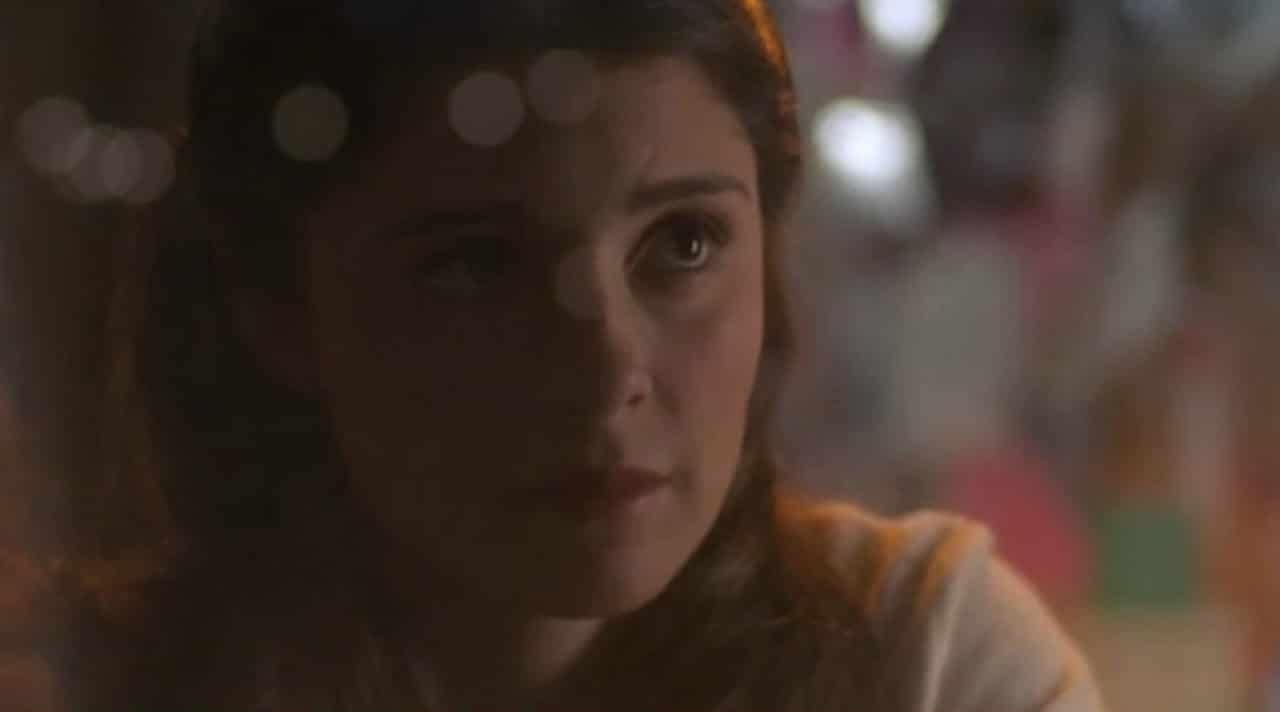 Soon after, Max finds himself walking down the street with the father who’s been haunting him as Max promises to look out for his family. When Max drops the father off at his house, the ghost tells him to “Get outta here.” 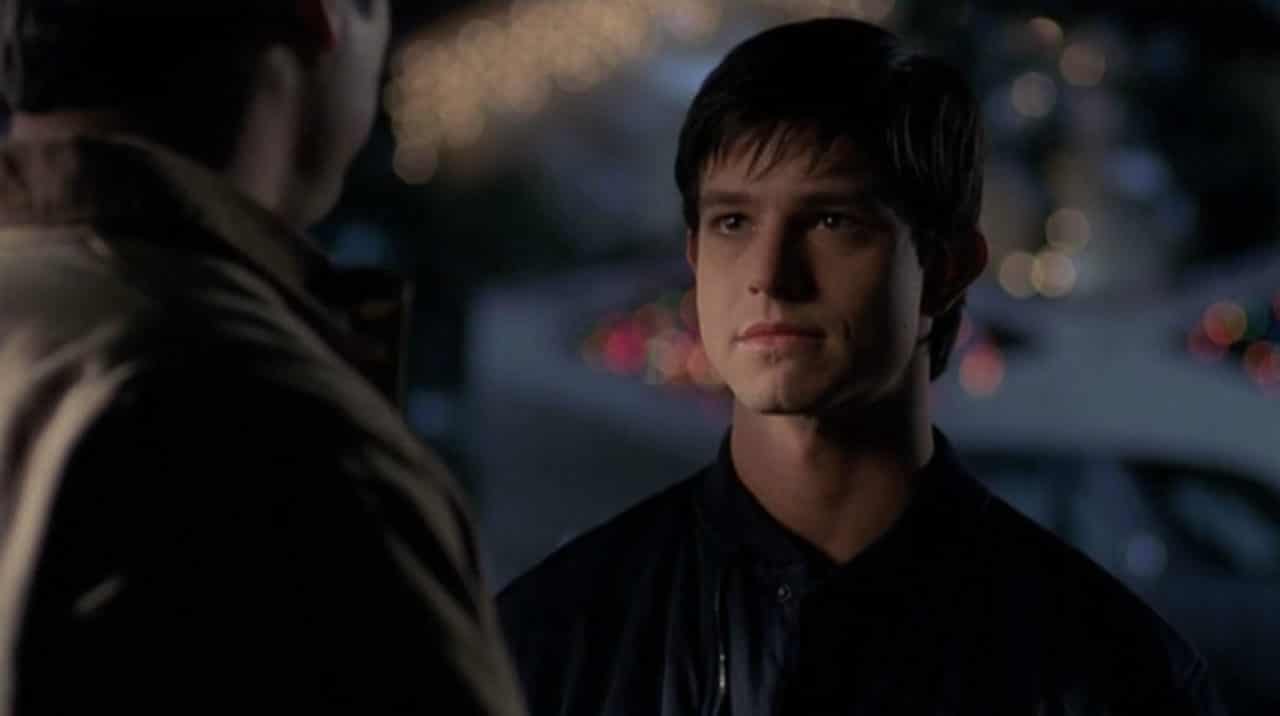 The father then approaches his own doorstep and goes inside to watch over his own family as an angel who have just lost him. 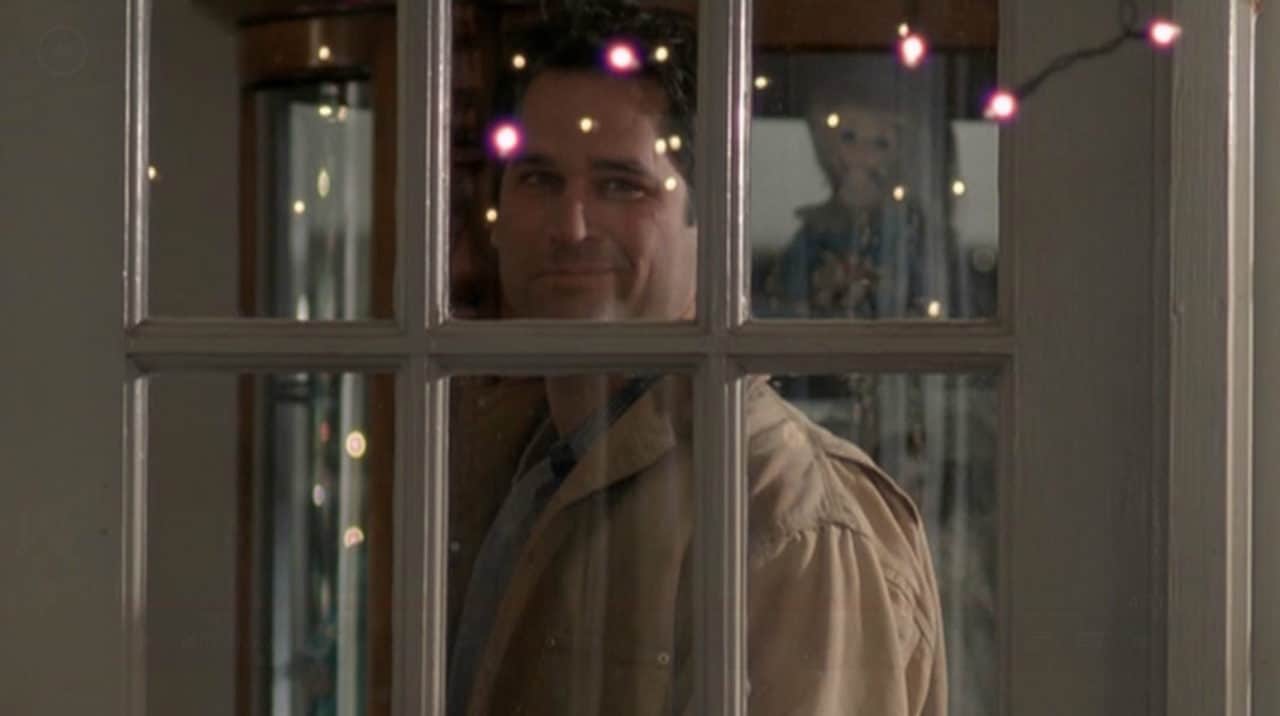 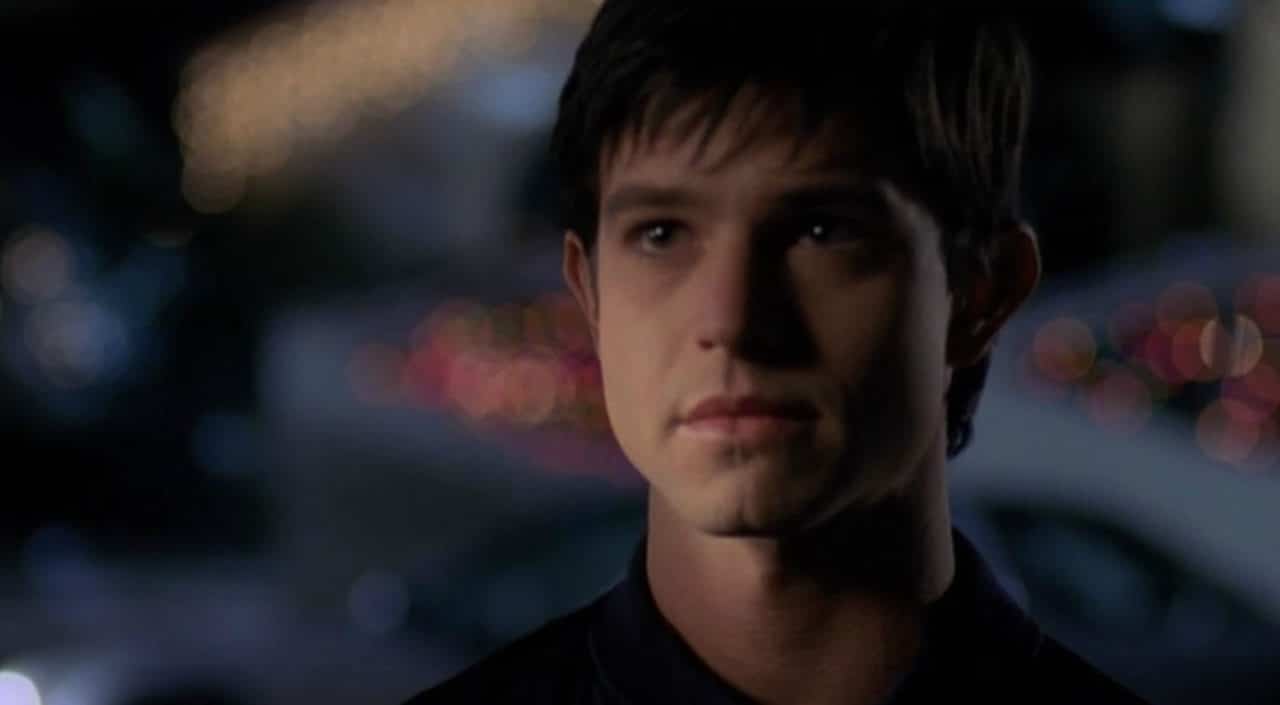 As “Silent Night” plays, Max turns inward clearly thinking about his own loved ones (his parents, his sister, his friends and especially Liz) all getting ready to attend the Christmas Service without him. Yet seeing this man who can’t be with his family physically, Max still doesn’t plan to attend.

Later, at home, Michael (clearly dressed up to go to Midnight Service) comes to see Max.

“You’re going to midnight service?” Max questions in surprise. “You don’t believe in anything.” 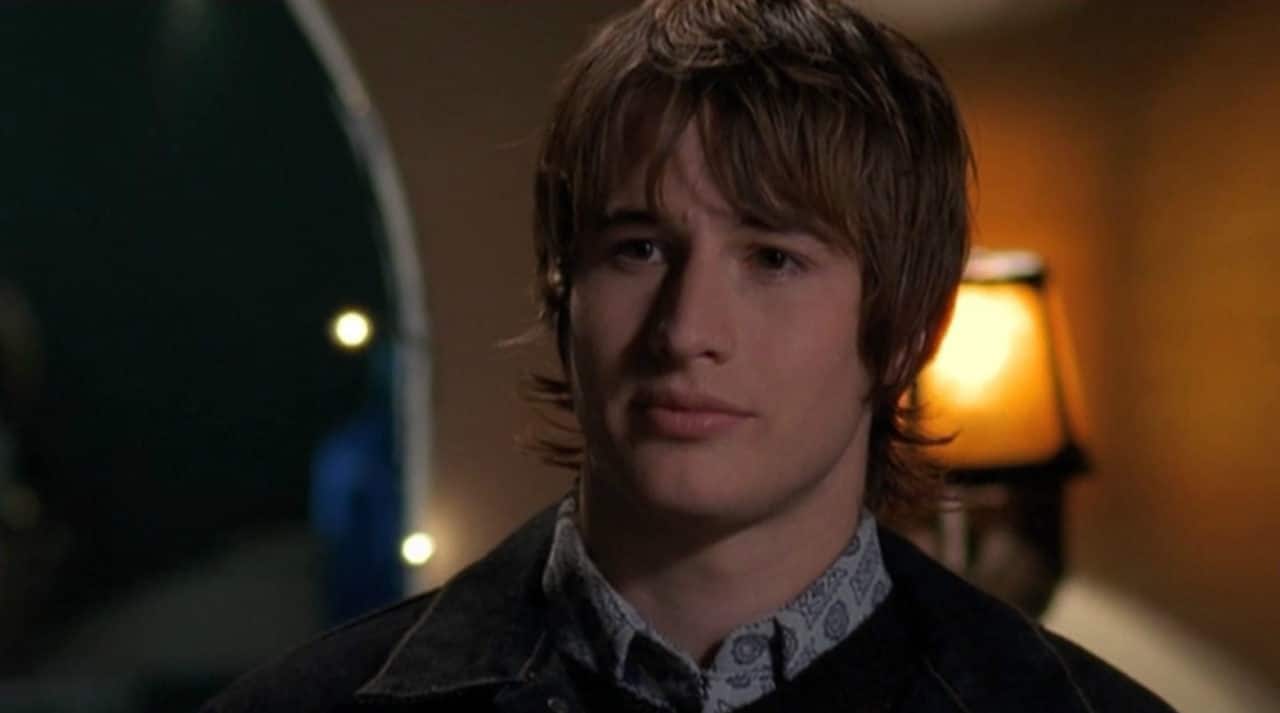 “Gotta hedge your bets Maxwell. I’ve had my prayers answered twice in the past two days.” Michael then takes Max to give him his Christmas present: Seeing their friend Brody with his daughter celebrating Christmas now free from cancer.” 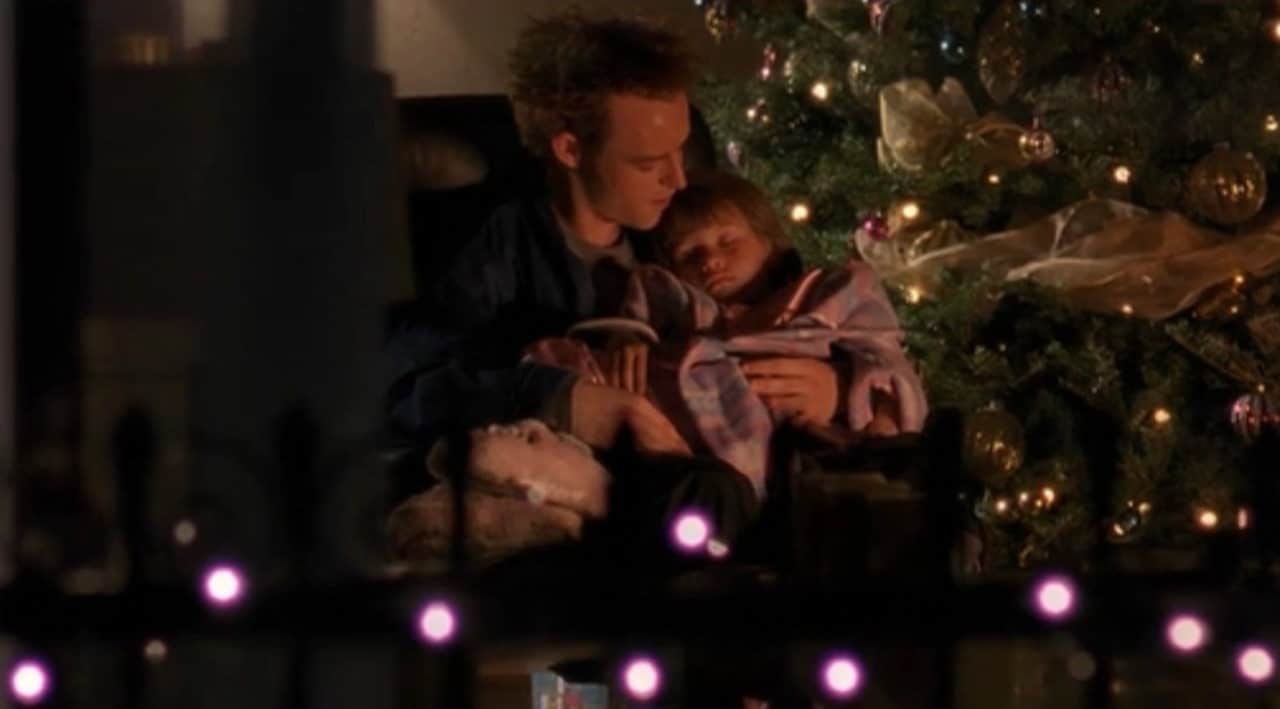 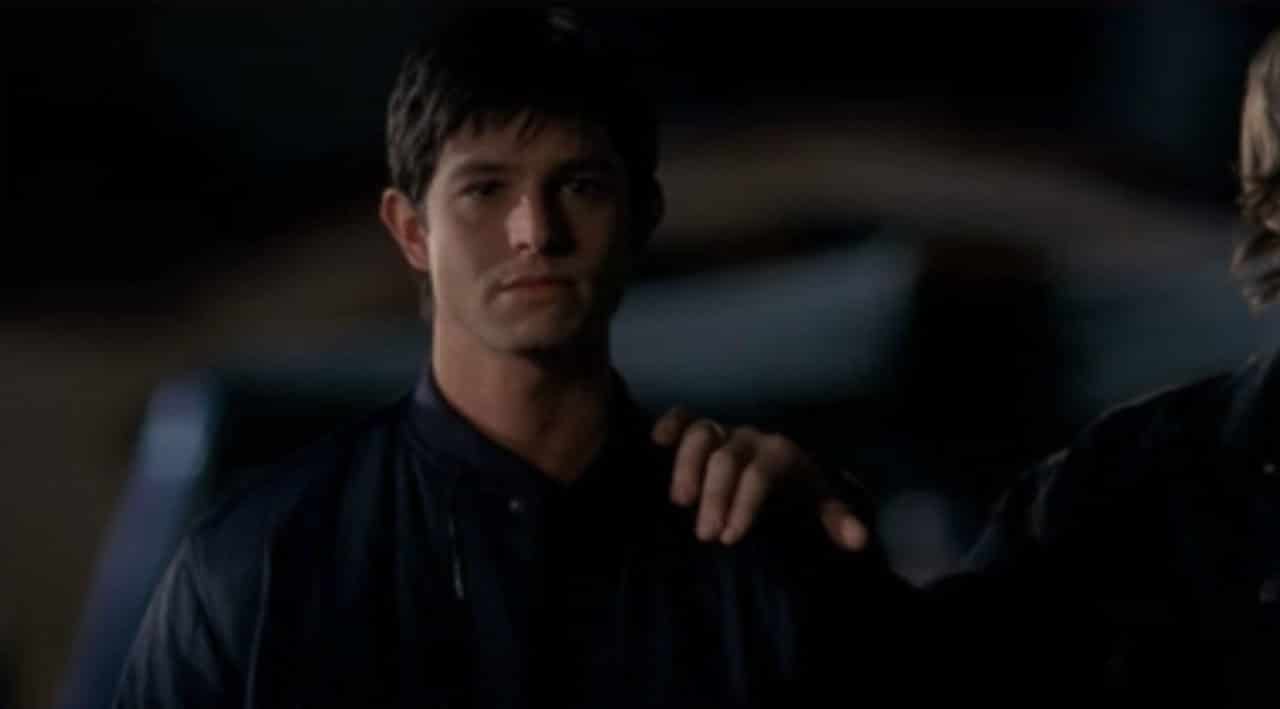 But has Max seen enough to change his mind and embrace the Christmas spirit even if he doesn’t believe in God?

The final scene of the episode, which brings me to the romantic moment of the week, is set with everyone at the midnight service. Everyone but Max that is. As “Oh, Come All Ye Faithful” is sung by the church choir, suddenly Max appears from the street walking toward the crowd. 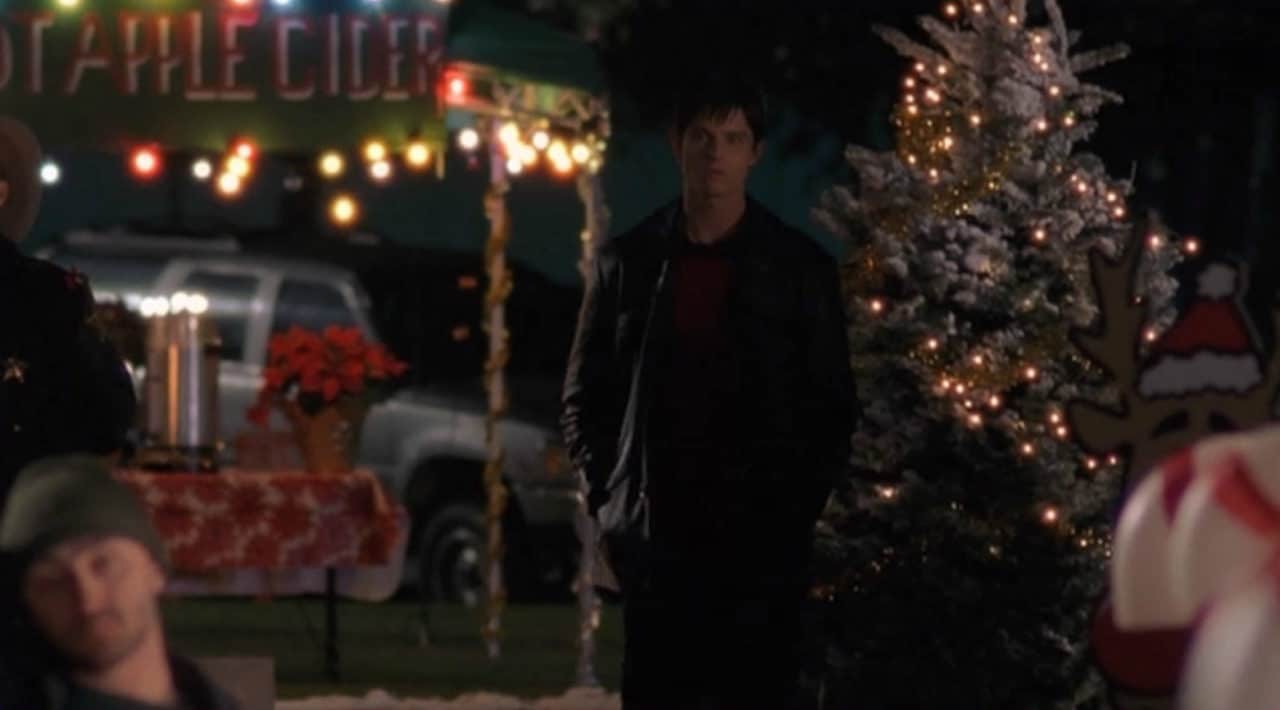 First his family sees him, then Liz who he sits next to. She has a huge smile on her face, unable to contain how happy she is to see him there. 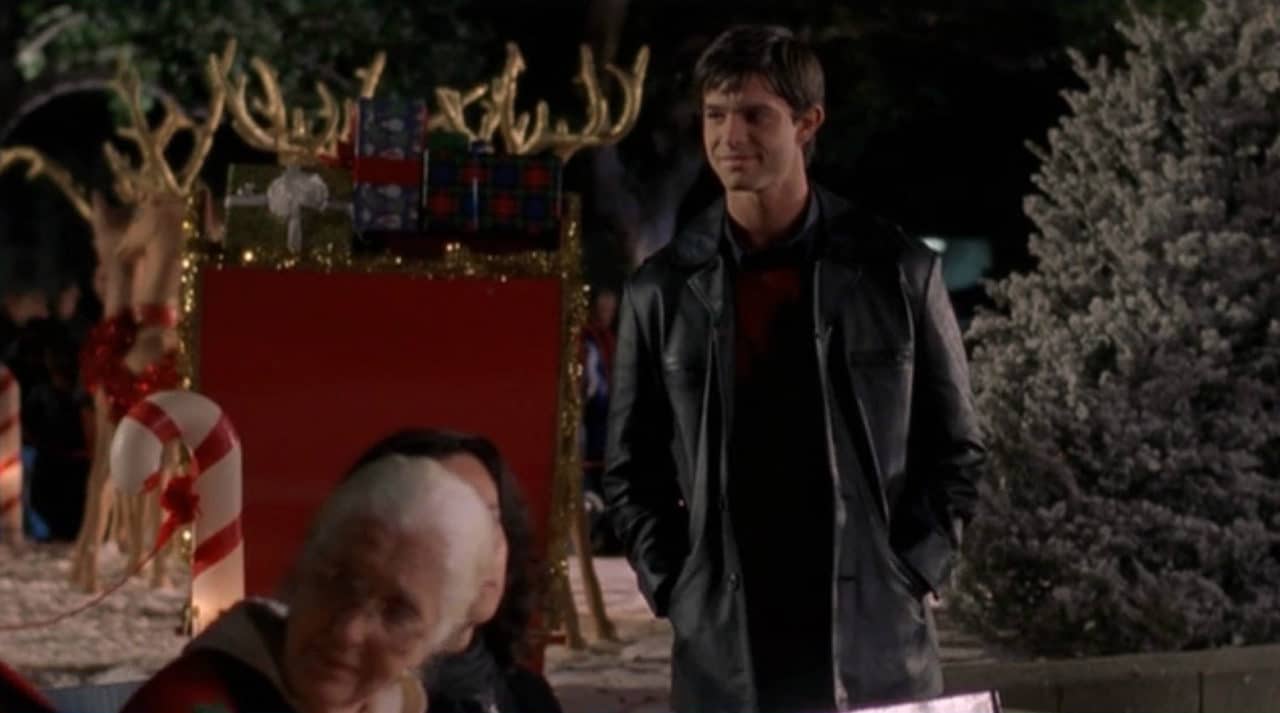 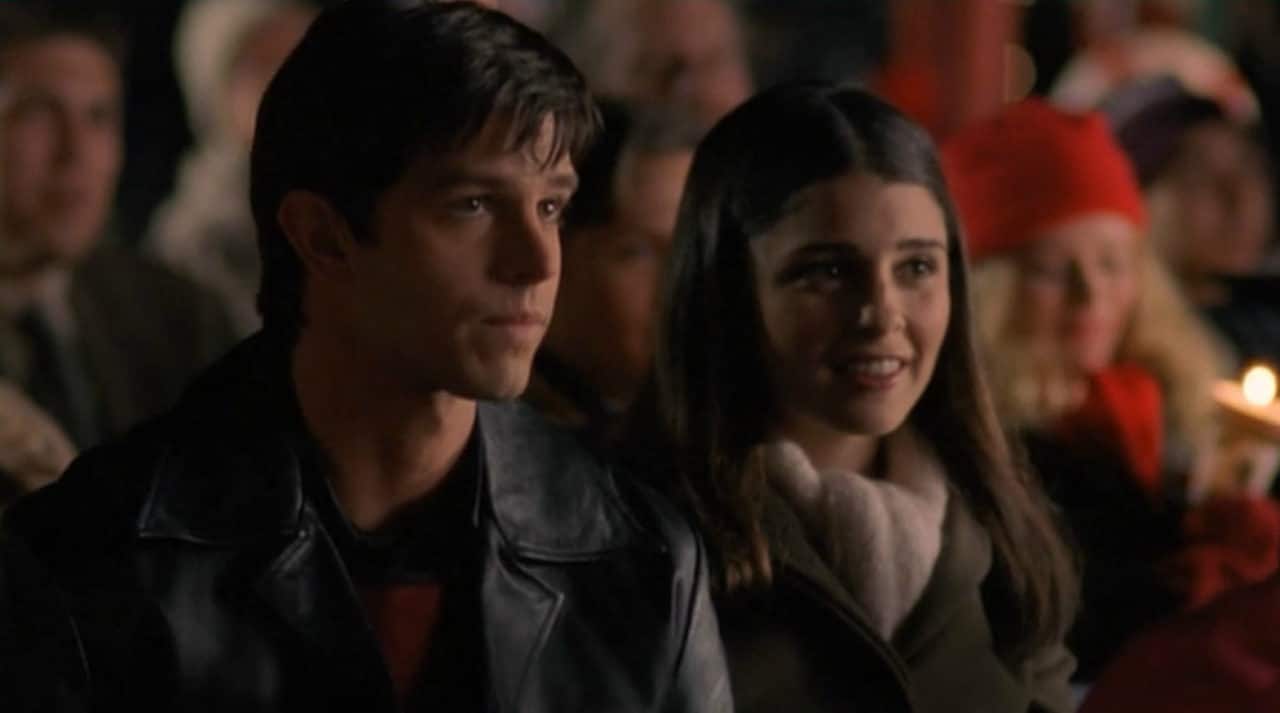 She leans over to him and says “I thought you didn’t believe in God.” 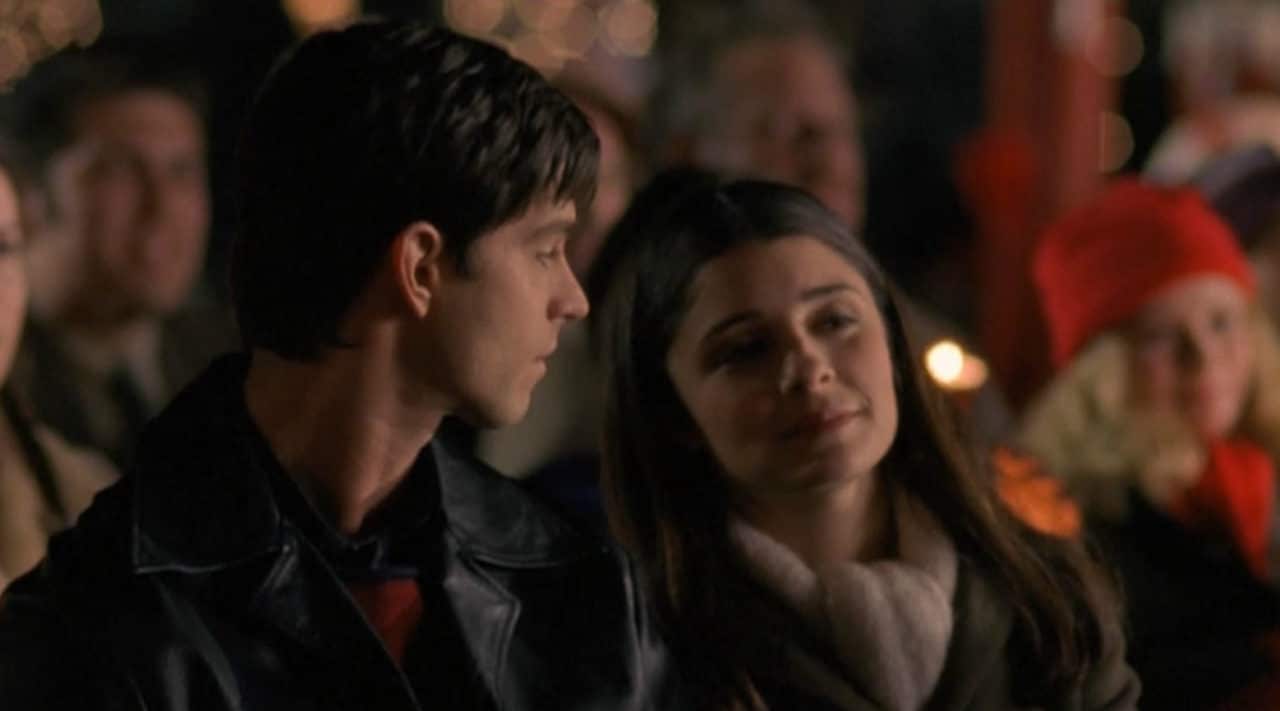 He then takes her hand and holds it in his own. “I believe in you.” 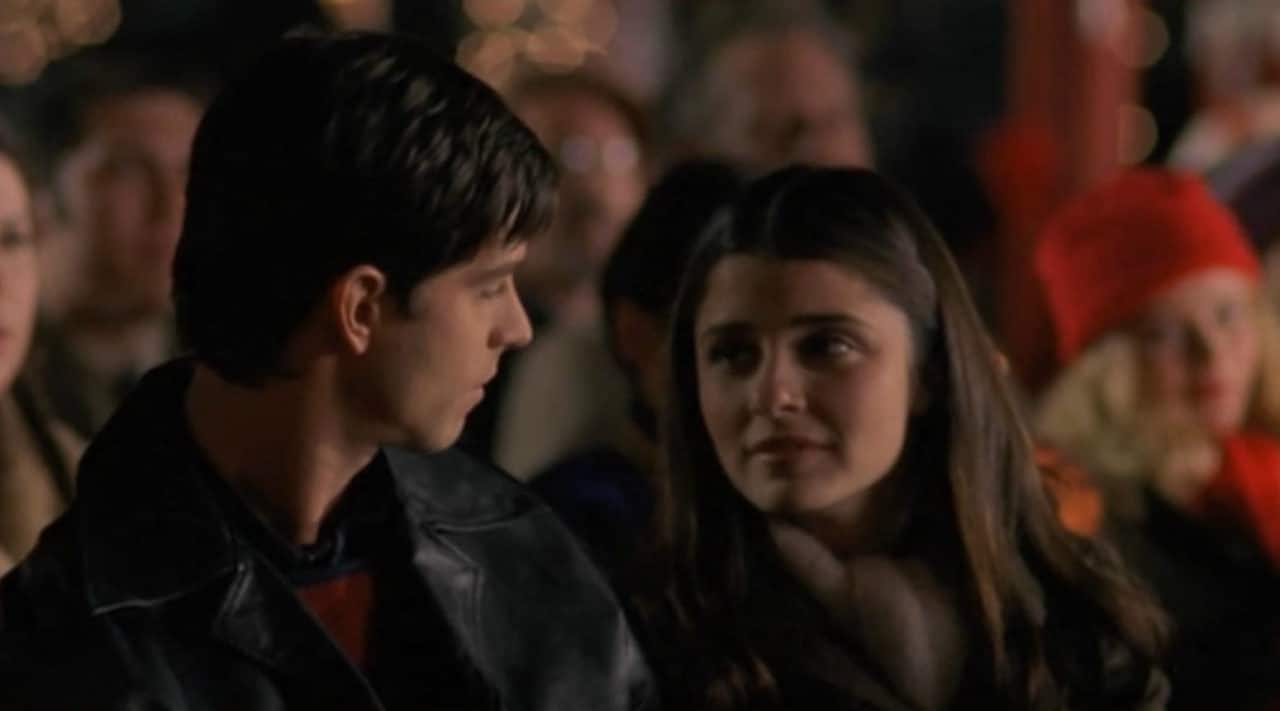 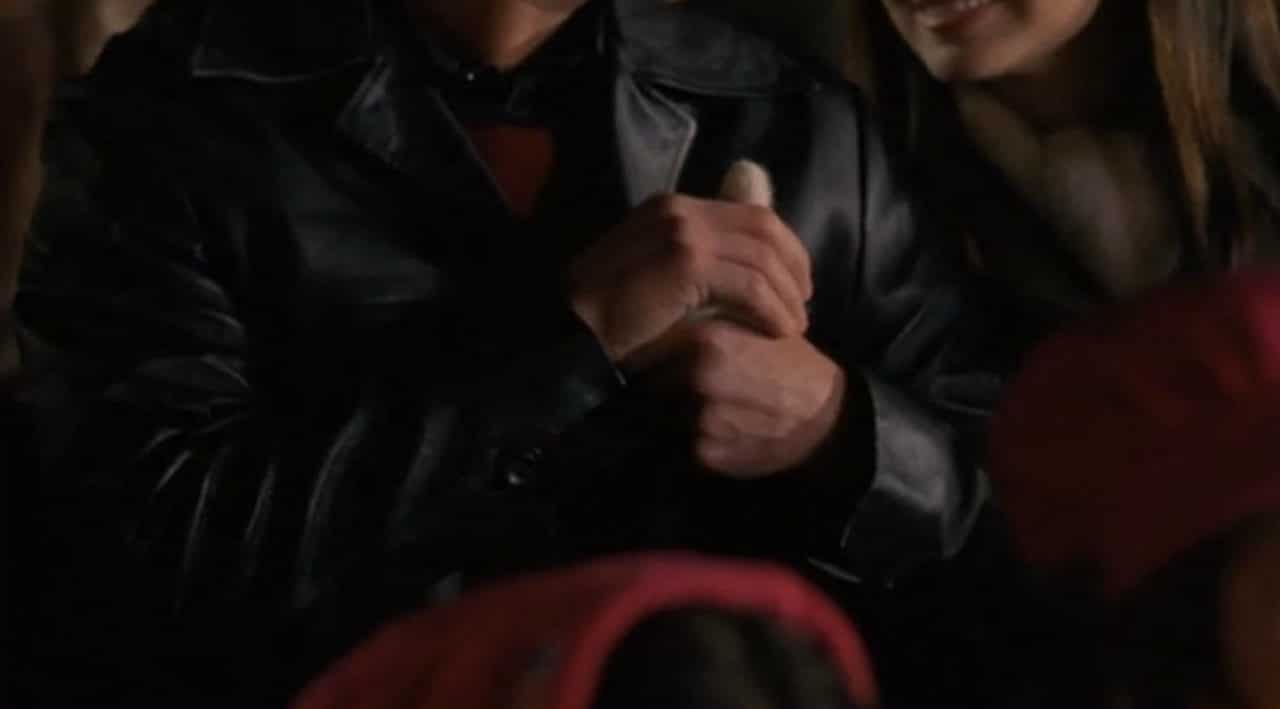 It’s innocent, sweet and perfect. And just when you think the episode is over and there’s nothing better that can be said or done, something happens.

Just as the choir reaches a new crescendo, snow suddenly starts to fall out of the sky like a small Christmas miracle. Max and Liz look up in wonder and she smiles. The camera pans away as we watch the snow fall on the audience and the choir continues to sing. 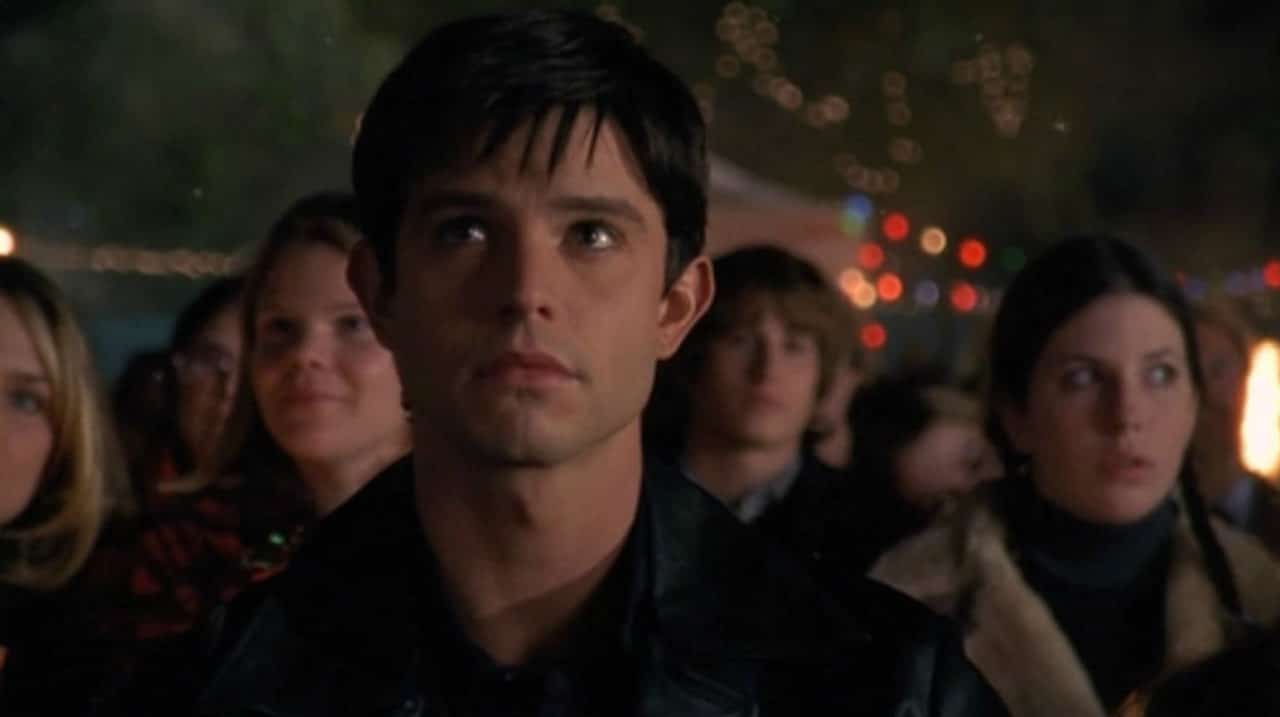 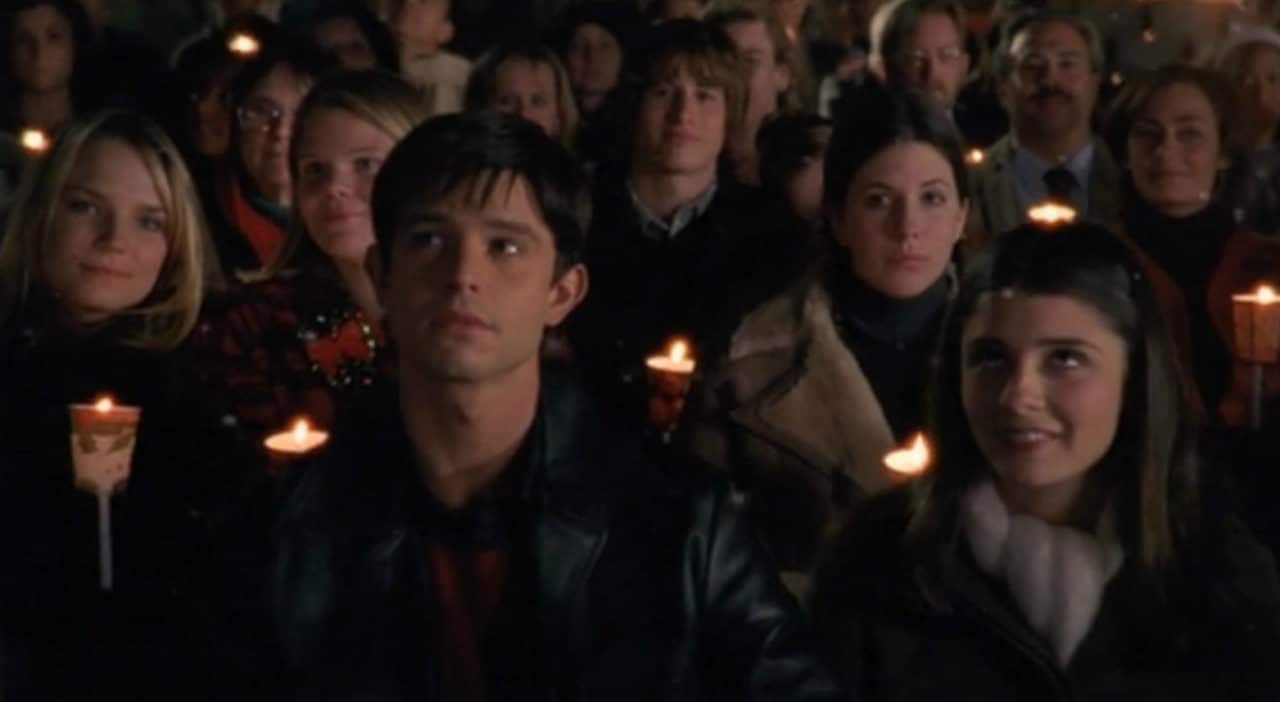 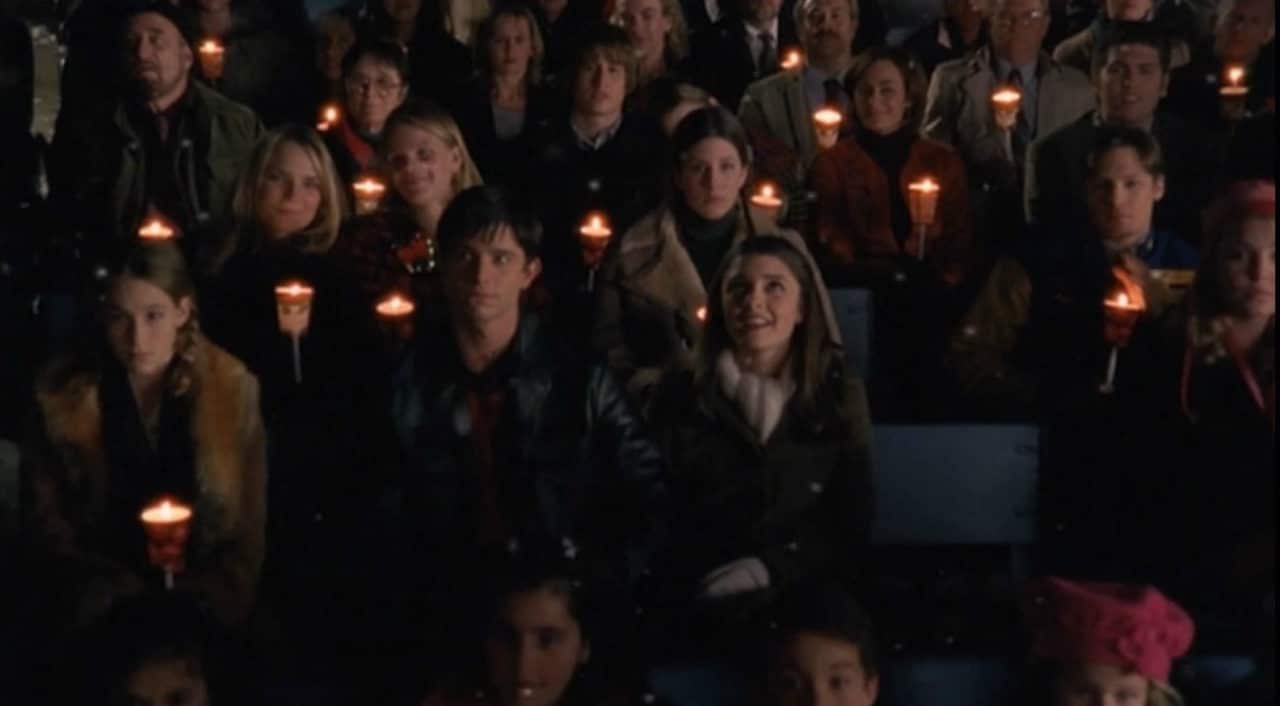 It’s a beautiful romantic Christmas moment; one that will always be one of my favorites.

What is your favorite romantic holiday moment in a Movie or TV show? Let me know in the comments!

Check out our other Classic Romantic Moments! We put up a new one to spotlight regularly.