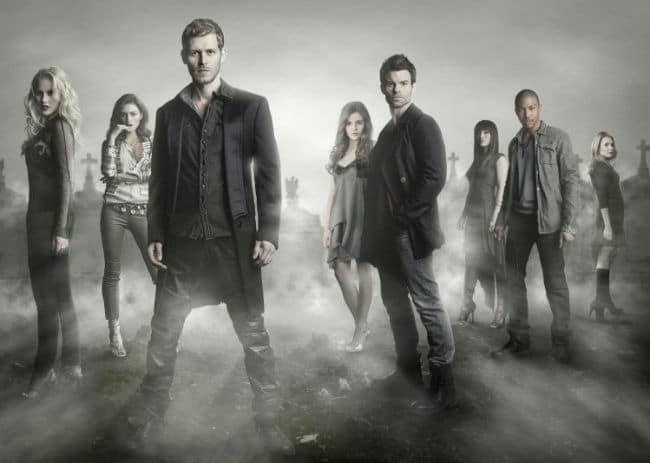 THE SHOW: The Originals

While a spinoff from The Vampire Diaries, this is most definitely not a teen show and that (for me) is actually refreshing and will hopefully attract a new audience.  The Originals is dark, funny and atmospherically fantastic, creating a ‘feeling’ akin to Interview with the Vampire and even Dracula. The vampires are classic in representation and the story compelling because it is told from the perspectives of two Byronic Heroes: Elijah and Klaus.

I have to confess that I have not been extremely impressed by the television pilots this year. A few have been semi entertaining but nothing that stands out particularly well to me (perhaps I shouldn’t watch them while re-visiting the superior series The X-Files). Finally, however, The Originals is the one to become distinct in the crowd of sameness, poor chemistry, and mediocrity. The first episode tells the same story told from Klaus’ perspective last season in The Vampire Diaries (the episode that worked as a pilot) but this time it is told from his brother Elijah’s point of view, the brother who believes in love, hope and family, the vampire with refined manners and a suit.

Elijah’s narration captivated me instantly, his voice entrancing me as if I had been compelled by his magnetic vampirism to keep watching. The introduction of the original family in New Orleans told through narrative flashback was brilliantly done, again echoing the great vampire stories of the past and revealing a strong literary influence to the characters and setting. The narration and Elijah’s storytelling also works as a great introduction to new viewers unfamiliar with these characters. Furthermore, the way Elijah (Daniel Gillies), Klaus (Joseph Morgan), and Rebecca (Claire Holt) commanded that first flashback scene was flawless. I believed they were vampires. Klaus even reminded me of Lestat here in the way he relishes and embraces being a vampire, killing with pleasure, while Elijah’s apologies to the victim as he forced him to be a servant was chilling, humorous, and darkly fascinating. Again, this scene sold me immediately because of the good writing, directing, and actor performances.

Before this episode aired, I had reservations to the Hayley pregnancy plot. After this premiere, those reservations have since completely left me. Because we get Elijah’s perspective on the hybrid baby, I see why it will work because it ties into the theme of family and the importance of it. Elijah, as a Byronic Hero, has discovered his passionate focus: he will do anything to save Hayley and her baby. The baby means everything to him, more so than his brother Klaus and that is a compelling story as Elijah attempts to save his brother from his selfishness and psychotic tantrums. I even see potential between Elijah and Hayley romantically, as it would be quite natural that his focus would transfer to the baby’s mother. I even believed Hayley as a character, with good characterization about her foster care upbringing and her proclamation that she started caring for the baby once she had to fight for its’ life.

While much of the Marcel plot was just reiterating what we already know, I still enjoyed it the second time around and am looking forward to what happens next in the power struggle between Marcel, the secret agenda of the witches, and Klaus’ desire to become King of New Orleans. This story also didn’t do much with new character Camille but she also intrigues me. I want to see how they pull her into the story. The same can be said for Rebecca, her role being over the phone or in flashback. Likely, her return to New Orleans will premiere next week on the show’s new night.

When Klaus staked his brother Elijah and put him into slumber once more (having done this in The Vampire Diaries already), I was unpleasantly surprised and unimpressed. Perhaps this plot will work in the long run but I don’t think it was the smartest move of the writers to put Elijah in a box right off the bat. Hopefully, this choice won’t last more than an episode or two because otherwise, it is difficult to swallow. In a show about the ‘Originals,’ I want all the originals to be in the story and for the story itself to feel original. Sitting in a coffin doesn’t count. Repeating stories told already just doesn’t work and also here’s to hoping that creator Julie Plec won’t fall into the same unfortunate trap of The Vampire Diaries in which killing characters off becomes a sport rather than a necessity to the story. My only other reservation to the show is just that these characters (who I do like better) will no longer be entertaining our screens on The Vampire Diaries.

This series is going to work and in fact, be better than The Vampire Diaries in my opinion. With a more interesting backdrop, amazing actors that could quite frankly be lead actors in film (and the two leads have in fact been in film), and a strong focus on themes (family and power), this will be a show for vampire fans to watch out for because I think it has the potential to only improve from this point on.

What did you think of The Originals? Are you as excited as me to tune in every Tuesday? Sound off below…

Check out our other Televisions Reviews HERE

Read my blog post about why I believe people love VAMPIRES