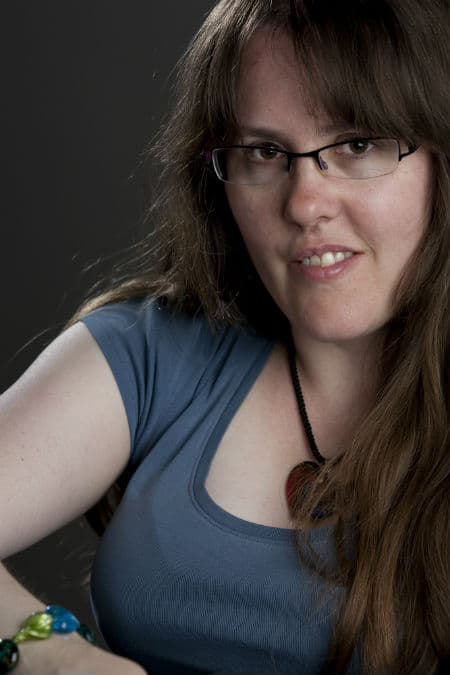 Today I am super thrilled to have Elizabeth Hopkinson, author of Silver Hands (published on April 16, 2013) here to take our “Petticoat Personality Test.”  I am sure you will love getting to know Elizabeth as much as I did!

It’s almost impossible to choose just one of each, but I think I’m going to say: Jonathan Strange & Mr. Norrell, The Two Towers and – at the moment – Once Upon a Time.

I have to admit, I quite fancied Richard III in The White Queen.  Part of it was the allure of Richard III himself.  Everyone’s a Ricardian since they dug him out of that car park!  But Aneurin Barnard is quite an attractive chap in his own right.

Catelyn Stark in Game of Thrones.  For some reason, she bores me to tears.

Because of what I’m writing at the moment (a trilogy inspired by baroque opera) I’m really inspired just now by – er – baroque opera.  I have the soundtrack to Farinelli Il Castrato on in the car every time I’m driving.  I think it makes me a better driver!

I would like to be Miaka in (manga & anime series) Fushigi Yugi.  But I wouldn’t turn down Hotohori!

I’m about to start reading A Dance With Dragons: Dreams and Dust from the Game of Thrones series.  A friend is lending me the whole series, book by book.  And I’m desperately waiting for Sky Arts to show series 2 of (Spanish period drama) Grand Hotel (dubbed the “Spanish Downton”).  Series 1 ended on such a cliffhanger, I had to check the Spanish website to see if my beloved characters would still be all right.

None of my pleasures are guilty!  I’ll happily watch/read children’s stuff as well as adult.  I’ve been recording Legend of Korra from Nickelodeon, but the most recent episode seems to be missing!

A deer, because they’re so graceful and beautiful.  But not during rutting season.  Ugh!

Well, they’re apparently already well into adapting Jonathan Strange.  I both want to see it and I don’t!

A mysterious pendant. A sinister suitor. And an epic chase to the Edge of the Map… 1706. The rival Dutch and English East India Companies sail the world s oceans, bringing back exotic treasures and tales of fantastical lands. In coastal Hollyport, Margaret faces a terrible choice: to abandon herself to a marriage that could erase her very soul, or to risk all aboard a ship bound for dangerous waters. With her betrothed husband, the sinister Mr Van Guelder in pursuit, Margaret embarks on a journey like no other: where pirates, flying islands and secret empires await; along with unexpected friendship from troubled young nobleman Taro, whose estate holds surprises and sorrows of its own. But Van Guelder is never far behind, nor is the power of the mysterious lodestone round his neck, and Margaret will have to learn the true nature of suffering before she can ever be free.

Buy her book on Amazon

Our romance-themed entertainment site is on a mission to help you find the best period dramas, romance movies, TV shows, and books. Other topics include Jane Austen, Classic Hollywood, TV Couples, Fairy Tales, Romantic Living, Romanticism, and more. We’re damsels not in distress fighting for the all-new optimistic Romantic Revolution. Join us and subscribe. For more information, see our About, Old-Fashioned Romance 101, Modern Romanticism 101, and Romantic Living 101.
By Autumn Topping on September 6th, 2013