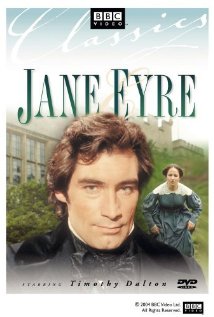 Most likely if you love costume drama then you’ve seen some adaptation of Charlotte Bronte’s classic Jane Eyre about the tortured Rochester and the impassioned Jane.

If you are completely new to the story of Jane Eyre, it’s about a young girl (Jane) who is raised by her cruel aunt because she was orphaned as a baby. When she’s ten she’s sent off to the horrific atmosphere of Lowood school until she’s able to leave at eighteen by advertising for a position as a governess. It’s then she moves to Thornfield and meets the mysterious master of the hall, Mr. Rochester. They have a deep, soul connection and fall in love. But with secrets at every corner and a foreboding sense of doom, will they be able to be together?

The novel, published by Bronte in 1847, quickly became a success and has since gone on to be adapted into film or television over 30 times. The first adaptation appeared not soon after the introduction of film itself in 1910. And the adaptations haven’t stopped coming since.

With all of the adaptations out there, which ones are the best to watch? No doubt there are some interpretations better than others. I’m just going to focus on the more current ones for now (I already feel another blog post about the best Jane Eyre adaptations coming…).

Most recently, there’s the 2011 film with Mia Wasikowska and Michael Fassbender which brought a gothic horror style to the story; before that the unforgettable 2006 version with Toby Stephens and Ruth Wilson. Then there are the two ’90s adaptations, one of which showcased Anna Paquin as a young Jane.

That said, in modern day it’s easy to overlook the 1983 BBC miniseries when you have Toby Stephens or Michael Fassbender to choose from. Even I didn’t bother to watch it for a while. But I have since atoned for the error of my ways. 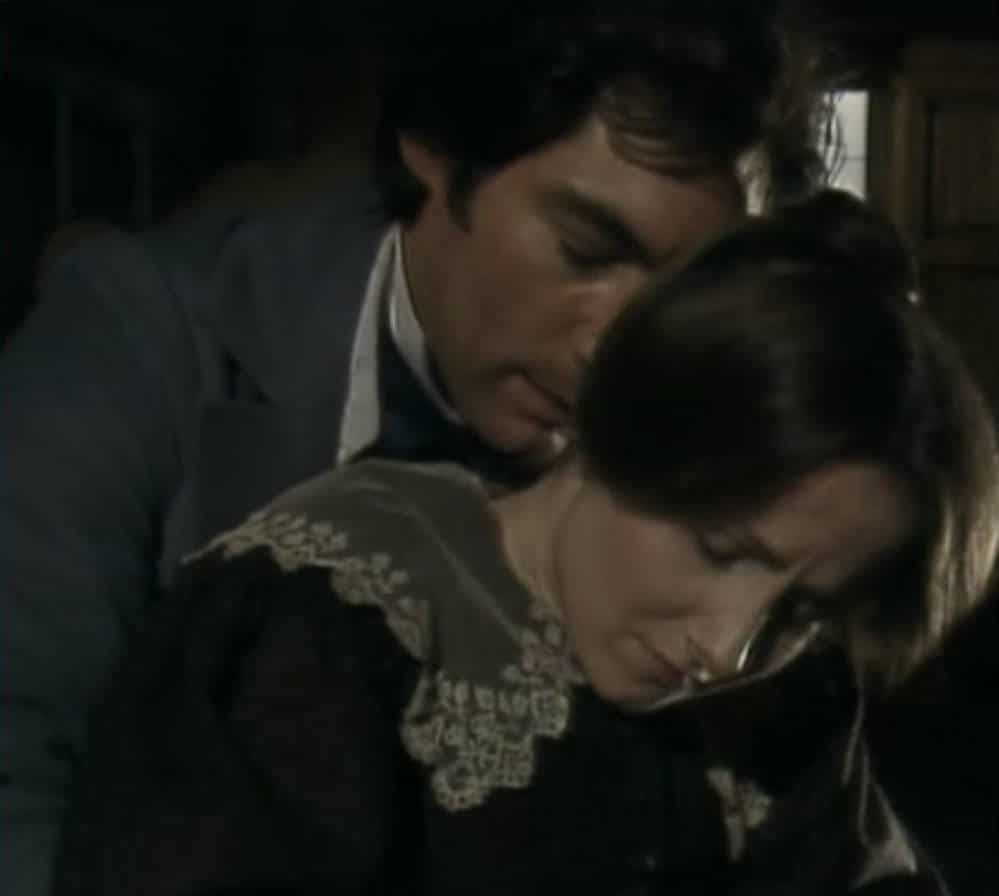 So without further ado, here are ten fantastic reasons the 1983 adaptation should be revisited:

With his brooding performance and deep understanding of how to play a Byronic Hero, he’s the perfect Rochester. He’s quite often overlooked in performances. He’s typically forgotten as James Bond for instance, even though he brought a similar type of performance (a serious world-weary man who may quit the service at any time; in fact, he may be the closest to the character’s original intent in the books) as Daniel Craig…just 20 years earlier. He does the same with Rochester. Dalton understands the character as intended by Bronte, and that makes watching this adaptation worth it.

Sure, I think it may be impossible to top what I believe to be the quintessential performance of Jane Eyre by Ruth Wilson, but Zelah does a fine job as well. She understands how to portray an introvert. She keeps her face stoical, so it becomes all the more surprising when she suddenly has an impassioned response to a situation. You can sense the deep emotions brewing inside a girl who has had to learn to keep her feelings to herself so as not to be beaten (even though it’s her true nature to be passionate). What I also like about Zelah’s performance is that she portrays the faults of Jane as well as her strengths. The director and screenwriter were brave enough to showcase some of Jane’s faults which Charlotte would have been very happy with (she disliked that everyone turned Jane into a saint).

What does that mean exactly? It means there’s ample time to cover what’s in the book. There are even a few new scenes at that (not all of them work mind you, but most of them are interesting anyway). More likely than not you will get to see some of your favorite scenes from the book.

Because of the long running time of the series, there was plenty of time to explore Jane’s experiences there. We get to know her tragic best friend, Helen Burns and her inspiring teacher, Miss Temple. We see the ups and we definitely see the downs. It’s also quite enjoyable to watch the impassioned young Jane react to the almost “passive” reactions of the abused Helen. This episode reminds me of an Anne Shirley spectacle, that is if she was brought to a horrible school instead of to the loving Matthew and Marilla. Most adaptations don’t have the time to show scenes from the book here. But this adaptation does, which again makes it worth watching.

Seriously, though, he was born to play this role. He’s tall, dark and rugged and the best looking Rochester of any adaptation. With his melodic Welsh voice and soulful eyes, it’s hard not to be drawn into his performance. Some people argue he’s too good looking for the role. But let’s be clear, in the novel, Mr. Rochester is not described as ugly. He’s described as rugged with “deep eyes.” He’s defined as not being beautiful…at least “according to rule.” Perhaps in that time period, a more feminine gentlemanly image was considered handsome. That said, even if Timothy Dalton is “too” handsome I think we can forgive him that “fault.”

#6 Which brings me to my next point…this adaptation had the guts (obviously Timothy Dalton was willing to do it) to have Mr. Rochester dress up as an old gypsy woman in a famous game-playing scene from the novel.

Most versions haven’t even tried, thinking it too difficult to portray. But Dalton pulls it off. The point of the scene is to read the fortunes of all his wealthy female guests (who he finds to be cruel) and ultimately Jane to draw out her feelings for him. She won’t have any of the nonsense, but at least it was good fun for Rochester. Timothy Dalton literally dressed up in female clothes and disguised his voice as an old woman. Even the fantastic 2006 adaptation didn’t do it. Because of this scene, I give the production an extra point.

As soon as Mr. Rochester enters the series, it becomes an entertaining gothic spectacle. The two actors have chemistry, with Dalton exuding a passion that matches Jane’s inner impassioned nature. He sizzles on screen and shows the true rage of a Byronic struggling with inner demons. The proposal scene is great. The director chose to film it in the dark, which is a very interesting choice. It foreshadows the doom of the proposal, while also presenting Jane’s true feelings and Rochester’s intense, almost obsessive love for her. This series is at its best when it’s being romantic. It’s stylized for sure, like classic films…just in the ’80s and in color.

#8 Beauty and the Beast…

What I mean by that, is that the screenwriter and director understood Bronte’s purposeful intent to compare this to the fairy tale. Rochester will have her in the drawing room every night at the same time, just like the Beast requesting Beauty for dinner every night. At the end, when Jane reunites with Rochester, archetypal themes of Beauty and the Beast clearly appear. The shots focus on Jane lovingly touching the face of the now outwardly ‘beastly’ Rochester. With Jane Eyre, it’s all about the deep soul connection, not the outward appearance.

It’s easy to overlook this story that works as a foil to the love story of Jane and Rochester. But it’s very important in the novel. St. John is the opposite of Jane and refuses to follow his heart. He loves Rosamond Oliver, but cannot be with her because she (in his mind) would not be suitable as a wife. Just about every adaptation ignores this whole side story but not this one. They understand the importance of it. The 2006 version also visited it, but I would argue that the 1983 adaptation has a better St. John that more clearly presents the themes Bronte was going for.

Well, that about wraps it up! If I haven’t convinced you yet to watch the 1983 adaptation, let me point out I think Timothy Dalton is every bit as good as Toby Stephens from the 2006 miniseries (which I never thought I’d say), and perhaps even a little bit closer to the character in the book. While Toby plays off the sarcasm with great skill (with no two actors having matched the chemistry between him and Ruth Wilson), Dalton understands how to capture the true essence of a Byronic.

Timothy Dalton is no doubt one of the quintessential actors of Byronic Heroes (Aidan Turner is on the up and up and plays the fantastic Byronic Mitchell from BBC’s Being Human. You can read about him as a rising star here). No one plays brooding and tortured better than he does. If any actor wants tips on how to play one, they need to look no further than Timothy Dalton.

Now don’t get me wrong, it’s not a perfect production. There is at times a touch of melodrama, particularly in the first episode, and no doubt some will find it old-fashioned, but when you look at it as a whole it’s quite fantastic.

For those who have Amazon Prime, it’s free to watch. You can also buy on DVD.

Have you seen the 1983 adaptation? What did you think? If you had to pick the best adaptation of Jane Eyre from what you’ve seen, which one would you choose? Sound off below…

If you like Gothic, historical novels check out our review of Born of Persuasion by Jessica Dotta.