I have to admit, this list was a lot harder to write when I actually started to list the movies I would pick as the most groundbreaking animated films ever. So, to make things less overwhelming (for me) and to keep things narrowed down to 20, I made some rules.

Only fully animated films qualify, which means that Mary Poppins, Enchanted, Pete’s Dragon, Song of the South and Bedknobs and Broomsticks are out. I also cut out the anthology films, Make Mine Music, Melody Time, Fun and Fancy Free and Ichabod and Mr. Toad. Finally, if there was a studio that produced two or more groundbreaking films in a row, I picked my favorite and mentioned the other(s) in that same section (except for two towards the end of the list, they were different enough that I let that rule slide).

These are in no particular order, and I apologize in advance, it’s pretty Disney-centric. To be fair, Disney has broken a lot of ground, as far as technology and artistic style in animated features have gone and I did grow up watching a lot of Disney movies (I was a little older when Dreamworks started gaining speed). Also, I have to confess that I have not actually seen any films by Studio Laika, so although they are all on my list of things to watch (I’ve heard nothing but great things about them), they are not on this list.

All information comes from the IMDB or from the “Making Of” sessions included on many films.

First, as the most technically perfect animated film to be done by Disney ever, Pinocchio deserves a spot on this list. It also demonstrates the need for my criteria; of the first four Disney films, all of them were groundbreaking. Pinocchio is my favorite, but Snow White, Fantasia, and Bambi also deserve a mention.

Released in 1940, Pinocchio was the first animated film to win an Academy Award (not an honorary one, like Snow White and, actually, they won two). The film had great special effects, including live-action rain and the opening shot itself was captured using multiplane cameras (it was one of the most expensive parts of the film).

Released in 1959, this film was, according to most historians and the animators themselves, a major gamble. It was the first animated film created in the 70mm format and high definition, unlike the previous films created by Disney. Because of this, the backgrounds were much more elaborate and were designed specifically to look like elaborate medieval tapestries.

The format used was called Technirama, a format created especially for the film and only used again in The Black Cauldron. This was also the last Disney film to not use mainly Xerox machines for the cells. Sleeping Beauty took seven years to make and it turned out to be fantastic. 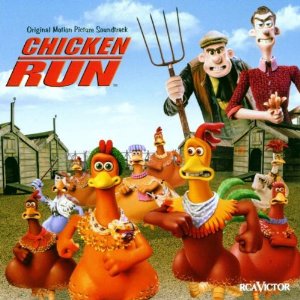 Produced by Aardman Animation and distributed by Dreamworks Pictures, Chicken Run was released in 2000. Aardman is responsible for multiple and much-beloved claymation shorts, most notably “Wallace and Gromit” (who would get their own full-length film in 2005).

Chicken Run is groundbreaking because it was the first full-length film made by Aardman. IMDB tells me that the characters’ bodies had clay heads and silicone/latex bodies. It’s a fun film, and one that really pushed the possibility of a full-length stop-motion film into the public mind.

A Disney/Pixar film released in 1995, Toy Story was the first feature-length film to be completely computer animated. It was also the first animated film to be nominated for an Oscar in the category of Best Screenplay. 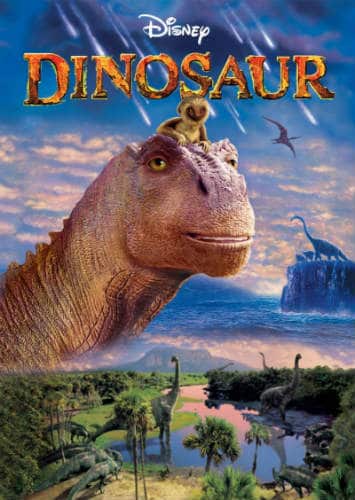 This film by Disney, released in 2000, is not as popular as the other films. As near as I can tell, this is a shame, because it is pretty fun. I picked it for this list because it uses animated dinosaurs and the backgrounds are all photos of tropical places, combining live-action backgrounds and computer-animated dinosaurs. The dinosaurs were realistic looking (at least according to the science of the time) and completely CGI. Overall, it’s a technological marvel, at the very least.

#6 The Lord of the Rings/The Hobbit

Ralph Bakshi’s animated version of The Lord of the Rings is a cult classic, released in 1978 and one that many people still enjoy today.

Another animated cult classic, The Hobbit was produced by Rankin/Bass and released in 1977. Many fans of the book still hold this version of the film up as the most faithful adaptation of Tolkien’s book.

I included these two as one line because they really are cult classics and brought to life two of the greatest fantasy epics of our time. Tim Burton worked on The Lord of the Rings and the film also was a major impact on Peter Jackson and his Lord of the Rings trilogy.

Any list of groundbreaking animated films must include at least one Miyazaki film, and I have two on here. The first one is a bit cliché, I grant you, but it’s a cliché for a reason. Titled Sen to Chihiro no Kamikakushi, or Spirited Away, it won an Academy Award and is the first anime film to have won that award. It also earned over $100 million dollars in US dollars before it even opened in the US and also the Japan Academy Prize for picture of the year.

Released in 2001, this film was the first film produced by Studio Ghibli that used DLP technology fully, as well as using Dolby Digital EX 6.1 and the DTS-ES 6.1 sound. The story is different and fun while the characters are memorable. Chihiro seems like an average little girl put into situations that are not average, and that makes her very relatable (I have to admit that I might love Princess Mononoke more, but that’s neither here nor there).

#8 From Up on Poppy Hill

Another Studio Ghibli film, this is more realistic than Spirited Away, taking place in Yokohama in 1963. There is no magic, except for in the stunning animation by the Studio. Directed by Goro Miyazaki, the son of Hayao Miyazaki, this film stands out to me because of the story and the setting.

Kokuriko-zaka kara, or From Up on Poppy Hill, seems less epic, in some ways, than the other Ghibli films, but that’s part of what I love about it. The animation is still stunning and, again, it feels different than other Ghibli films. I haven’t watched the entire Ghibli canon (there are still many to watch and adore), but this one stands out as a different offering by a groundbreaking studio. 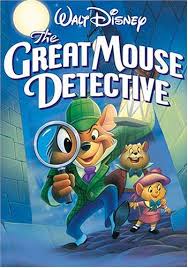 Although The Great Mouse Detective was not the first movie to use CGI (The Black Cauldron used it before and really did a lot of interesting things technological wise), it uses it in the most memorable way of the early Disney pieces.

Released in 1986, this film also features the voice of Vincent Price (not groundbreaking, per se, it just makes it better). Because of the use of computers in the animation process, it only took a year to make the film, and new uses of sound recording were also changing the field. Finally, the gears of Big Ben and what happens behind the clock-face in the film’s climax is one of my favorite animation sequences ever.

This is the most modern piece on this list, but one that I think will be remembered in years to come. Released in 2014, The Book of Life was produced by Guillermo del Toro, directed by Jorge R. Gutierrez and featured many nods to Hispanic culture, particularly with the holiday and traditions around Dia de Los Muertos, or The Day of the Dead.

While it does get points for being a film honoring the culture of Latin America in a fun, beautiful way, I love it because of the animation. Technically, it’s not “really” groundbreaking, but the characters in the main stories are set up as being puppets by the frame story and in the main narrative, they are still puppets. Manolo has a knot on the side of his head and the characters all have joints and are animated like puppets. I love the way it looks, the way the characters move, and the general moral of the story is also solid.

Overall, I really loved this film and, again, it’s one that I think will be looked at in later years as one of the best-animated films of the decade.

RELATED: The Book of Life Review

GO TO THE NEXT PAGE FOR TEN MORE GROUNDBREAKING ANIMATED FILMS!