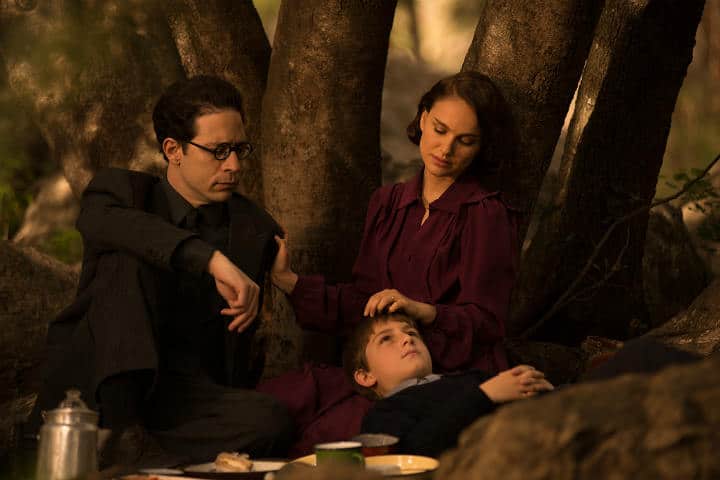 A Tale of Love and Darkness is a film based on the book of the same name written by Jewish author Amos Oz. It is an autobiographical story of the author’s younger years growing up in Jerusalem in the years prior to and directly after the formation of the state of Israel.

Summary Of A Tale of Love and Darkness 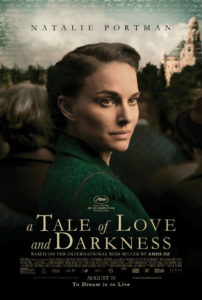 Young Amos lives with his parents in Jerusalem during a tumultuous time. WWII had ended recently. Many Jews moved to the British occupied area of Palestine which is tenuously shared with Arab residents. His mother, in particular, seems haunted by her past memories of the destruction of her privileged life in Poland. Amos’ mother Fania does her best to show her love to her son and husband, but those memories make it difficult for her to connect with them. While reconciling herself to her new and challenging present in Jerusalem, Fania shares stories, both fact and fiction, to help distract herself and her son from the struggle of their daily lives.

A TALE OF TALES 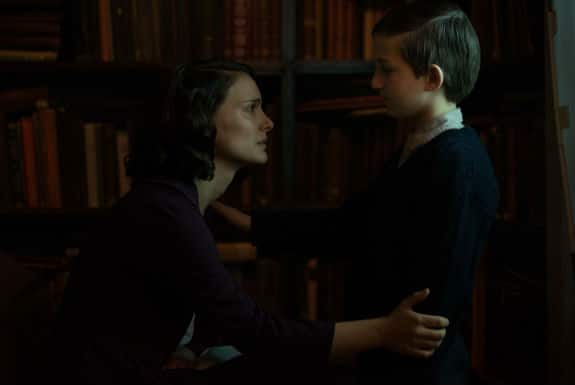 A Tale of Love and Darkness tries to tell several tales. At heart, it shares the memories the author has of his mother. Thus, it is her story which seems to be featured. But because it is viewed through the eyes of the author, it is also the story of his childhood. There is also the narrative of Jerusalem’s history and the founding and reclamation of the modern Jewish state of Israel. Although this tale was of greatest interest to me, it was also the weakest of the three. While the history is alluded to and mentioned at various times throughout the film, unless the audience is very familiar with modern Jewish history, it is not enough to set the foundation of place and events that this film really needs to give the characters’ stories depth. 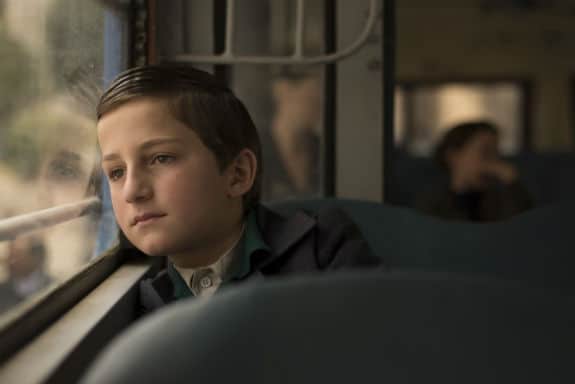 Because the narrator is young, we see the events of history and his family life through the eyes of a child. While I appreciate the innocence and the only thread of hope that it gives    A Tale of Love and Darkness, it again detracts from the depth needed to understand his mother’s inner turmoil and outer actions. We can see and occasionally feel Fania’s pain and hopelessness, but we can’t really understand it, which does make her appear selfish at certain points.

RELATED | Jane Got A Gun: A Dark but Compelling Western Drama

At least that is how it appears at first glance. But upon deeper observation, looking back from the ending with hindsight vision, it can be argued Fania’s story line is an unscientific study of the psychological effects of war and trauma and how it molds one’s soul into a new shape. How survivors choose to cope and how its’ impact is unintentionally passed on to future generations.

Since this is an autobiographical tale, it doesn’t necessarily have a plot. Instead, the story strings together events and memories without a real purpose to tether them. The mother’s habit of spinning tales as a method of distraction creates another point of interest even if they tend to be as bleak as reality. However, though these stories don’t always seem to fit the moment, in the end, the connection between these disjointed tales is finally made and packs quite an emotional wallop.

This film is Natalie Portman’s directorial debut. I also understand that she met with the author in order to secure film rights and also fought to have it filmed in Hebrew. I do appreciate her persistence since it adds to the film’s authenticity. However, I really wish she had given more information on the time in which this film is set since most American audiences will not be familiar with the events in which this film is placed. Thankfully, I had recently watched the documentary Above and Beyond about the formation of the first Israeli Air Force, which also gives background on this period of history, so I knew a little more than some.

As you can surmise, I cannot say I enjoyed A Tale of Love and Darkness. I can handle bleak films with tragedy as long as there is a glimpse of hope and redemption. This film has none. But perhaps that is why it is worth watching. Because this is not just a story some one wrote in the comfort of a quiet room in order to entertain or sell for profit. This is someone’s truth and real life experience.

Many Americans cannot and hopefully will not hope to fathom the danger, hardship and tragedy of survival that many others around the world experience regularly. The founding of our own nation is so far back in history, that we view it with pride and rose colored glasses. But some nations, including the state of Israel, are fairly new and still within the memories of those who lived through the cost to establish them. This is why although this is not a comfortable film to watch, I still recommend that you do so. Sometimes, it is good to expose ourselves to something outside the American world view to try to understand a different perspective.

CONTENT NOTE: This film has been rated PG-13 for its’ implications of war violence. There are a couple scenes of death which are fairly sanitized. There is a slight implication of an affair and the depiction of depression or melancholia.

WHERE TO WATCH: A Tale of Love and Darkness is currently streaming on several platforms including Netflix, Amazon, and iTunes. It can also be purchased on DVD.

What are your thoughts on A Tale of Love and Darkness? Do you enjoy foreign historical films?